The spiritual successor to BLACK DYNAMITE needs your help to come alive! 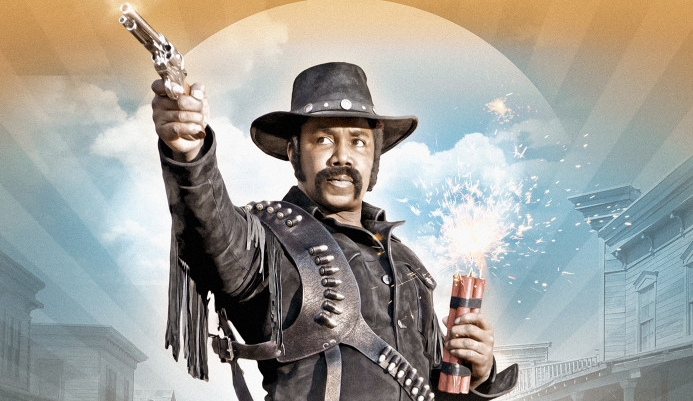 MIchael Jai White may not exactly be a household name, but he’s been in the entertainment business for a long time, steadily building a devoted fan base along the way. MJW has worked on stage, television, and feature film releases of all shapes and sizes. He’s had leading and supporting roles in major movies, while establishing himself as one of the modern action movie elite in the realm of DTV and streaming entertainment.

One of his biggest breakout hits was the Blaxploitation parody Black Dynamite, an indie farce he also co-wrote that has gained a significant cult following. The movie even yielded a hilarious animated television series which lasted two seasons. Fans have been clamoring for more Black Dynamite action since then, and early this year there seemed to be indications that a full fledged sequel would be in the works. However, we’ve now learned that the rumored project is instead a brand new story titled The Outlaw Johnny Black. While not directly related to Black Dynamite, a newly released teaser and proof of concept promotional video indicates that this will be a parody of classic western adventures, but done with the same outrageous comedic slant as his 2009 hit.

Whats more, MJW revealed in a Facebook live Q&A that will actually be a fan funded endeavor, with the IndieGoGo campaign website going live as of March 1st. In addition to the campaign page, MJW also shared the link to the official website for his new production company, Jaigantic Studios. The description of his new company reads:

Jaigantic Studios is a multi-media production company centered on the core business model of developing and producing “Fan Funded Content” for the film, television and digital streaming industries. Our concept is focused on creating content that is entirely based on not only what our fans want to see but are willing to help us realize through our grass-roots and community building, support platform.

As one of the world’s biggest Michael Jai White fans (I will literally fight you to prove this), I am absolutely through the roof with excitement about this announcement, and will be putting some of my precious coin into this project without question. I hope you all do the same and spread the word for one of the illest in the game, you wont regret it.

Visit https://www.indiegogo.com/projects/the-outlaw-johnny-black-movie-action#/ to see the campaign and check out the cool backer rewards

Review: DEATH WISH Previous
THERE WAS AN IDEA... A Second Look at THE INCREDIBLE... Next

The spiritual successor to BLACK DYNAMITE needs your help to come alive!