David Benioff and DB Weiss Are Going to a Galaxy Far, Far Away... 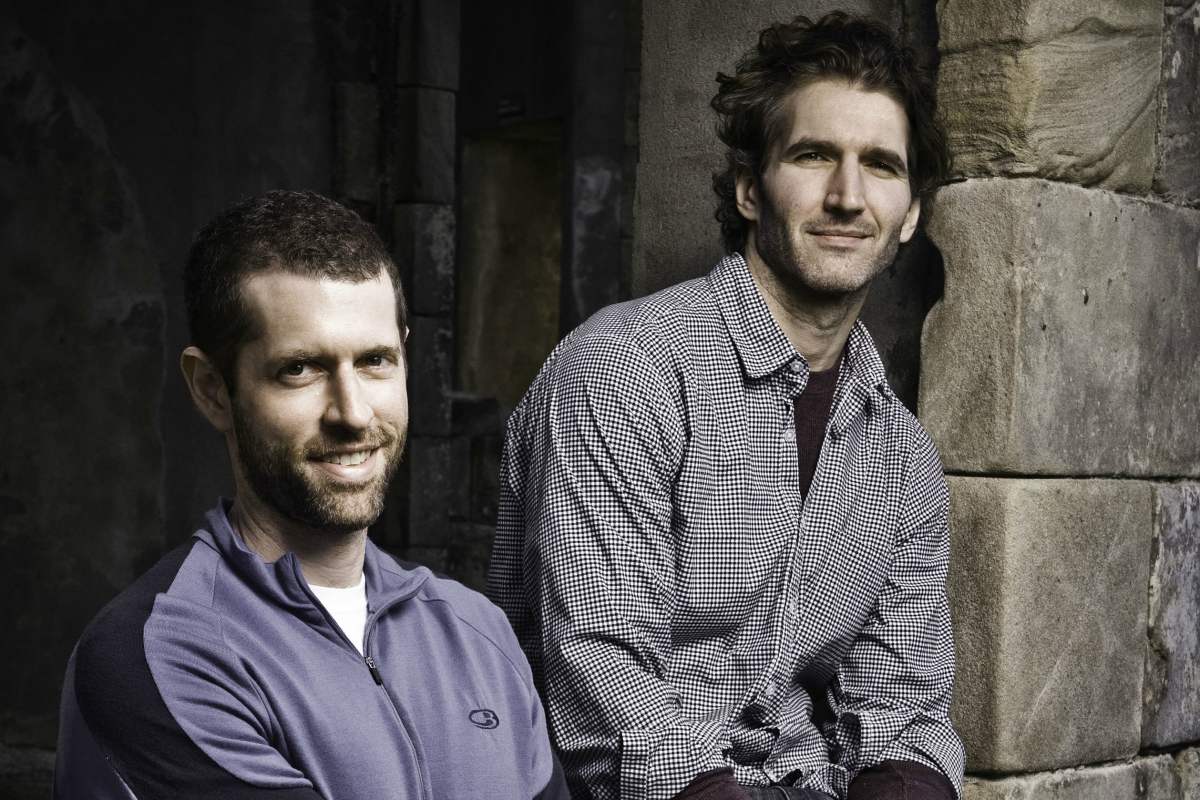 Lucasfilm announced today that David Benioff and Dan “D.B.” Weiss, the creators and showrunners of HBO’s runaway hit, Game of Thrones, will be writing and producing a new series of Star Wars films. These films will reportedly be separate from both the nine mainline “Skywalker saga” films and the new trilogy being developed by The Last Jedi‘s writer-director, Rian Johnson. Said Lucasfilm president Kathleen Kennedy:

David and Dan are some of the best storytellers working today. Their command of complex characters, depth of story and richness of mythology will break new ground and boldly push Star Wars in ways I find incredibly exciting.

In other words, the work Benioff and Weiss have done on Game of Thrones is a good reason to give them a go at Star Wars. And it makes sense. After all, it takes very real talent to turn an uber-nerdy, deconstructionist fantasy series into a genuine pop culture phenomenon and the programming backbone of a major prestige TV network. Fans of the show and George R.R. Martin’s book series can nitpick and criticize the show all they want, but Game of Thrones didn’t become must-see TV—in an era where that concept barely even exists—without being really, really good. It stands to reason that if they can make dragons and ice zombies complex and cool, they can do the same thing for Star Wars.

As good as Benioff and Weiss are, not everyone is willing to forgive or forget that their show relied to an absurd extent on gratuitous female nudity and a troubling amount of violence against women. And then, of course, there’s the controversy over Benioff and Weiss’ planned HBO series Confederate, an alt-history exploring a world where the Confederacy won their independence in the American Civil War and were successful in establishing an empire of racist chattel slavery in North America. Announced less than six months after the inauguration of Donald Trump, a man who won the presidency despite receiving fewer votes and despite being an obvious racist even according to his fellow Republicans, the concept seemed unnecessary at best and deeply insulting at worst. White supremacy didn’t need a prestige fantasy series to feel real and ascendant in 2017.

But maybe the biggest issue with Benioff and Weiss’ hiring has nothing to do with Benioff and Weiss, specifically. To date, every one of the 17 or so writers and 10 directors who post-Lucas Lucasfilm has hired for Star Wars films have been middle-aged white men. Every. single. one. That’s deeply disappointing for a modern mythos that’s supposed to be for everyone. Benioff and Weiss aren’t to blame for this, obviously, but they can’t help but accentuate this unfortunate reality no matter how evident and sensible their qualifications. It really is well past time for the writers and directors behind these movies to be at least a little bit more representative of the culture they’re trying to cater to. And before you argue that it’s all a coincidence and it just so happens that only white men have been qualified for the job, please explain to me below why the “most qualified people” keep getting shitcanned mid-production.  Uh huh.

Anyway, Star Wars is about to enter very new and uncertain territory. When the “Skywalker saga” ends in 2019, Lucasfilm will be effectively closing the book on the one constant in Star Wars since 1977. Rogue One and Solo are tentative toe-dips into a post-Skywalker Star Wars cinematic universe, but they’re leaning heavily on familiar characters and iconography. The real proof of whether there’s life after the Skywalkers is whether the likes of Johnson, Benioff, and Weiss can keep people interested in Star Wars for another 40 years without all those handy crutches. And may the Force be with them, because man oh man are they going to need it.

The SOLO Trailer is Here. It's Fine. We're Fine. Previous
The DEADPOOL Sequel Gets A Trailer Before It Gets A Title Next