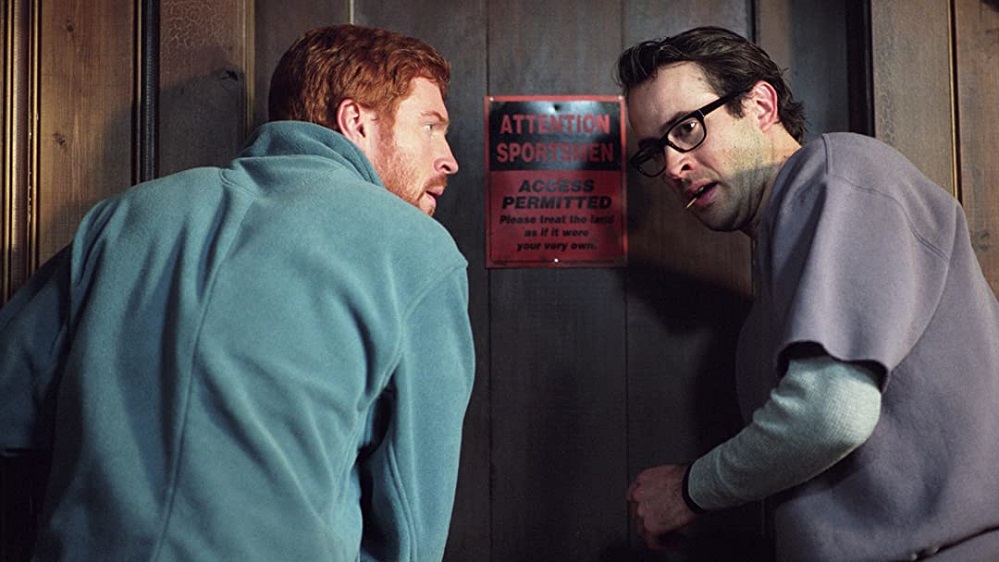 So, once again, I’m late with these show notes. This time it’s because I got a new puppy and, given I also have an 18 month old, my life is absolute chaos. Alas, my life is still nowhere near as insane and messy as the film at the heart of our 15th episode of Cinema Chance Cube, Lawrence Kasdan’s Dreamcatcher.

Hoo, buddy is this one absolutely atrocious movie. We had (probably stupidly) complained about having “too many good movies” on this podcast, but I gotta say this was not exactly what I was hoping for when we decided to trash our picks up. Those other picks involved a Weezer tribute by myself with Mallrats and Jackass 3D, Basket Case and The Shadow from Ryan, and Shannon also brought the submarine ghost story Below. Literally any of these would be better than Dreamcatcher, which is far and away the worst film that has been on this podcast. It’s also the fart-iest film on this podcast.

And boy does this one have a lot of farts. Farts, poop, buttholes… this is easily the most anally obsessed film I’ve ever seen. There’s a full goatse, a dude dying by dumping out a giant alien worm, a dog gets its butthole destroyed, and a frostbitten woman farts herself to death. There’s even the term “shitweasels” uttered by academy award winner Morgan Freeman — in the world’s worst eyebrows — with the utmost sincerity. We’ve had two perfect movies in previous episodes — The Third Man and Total Recall — but (spoiler alert) this is our first reverse-perfect movie: we all gave it the lowest grade possible. Which is insane given the talent behind Dreamcatcher, which includes Lawrence Kasdan, the late William Goldman, and Stephen King, who wrote the novel while so hopped up on painkillers that he doesn’t remember it.

Alas, it’s the cinematic equivalent of eating a dog’s butthole while it farts alien gasses in your face. We watched it for your entertainment, and we hope you enjoy. Please like, subscribe and review via the links below and let us know your thoughts in the comments below. Want us to watch more absolute dumpster trash? Tell us! We want to know!

Off the Beaten Path: THE VOICES Previous
Isolation Nation: Volume 16 Next