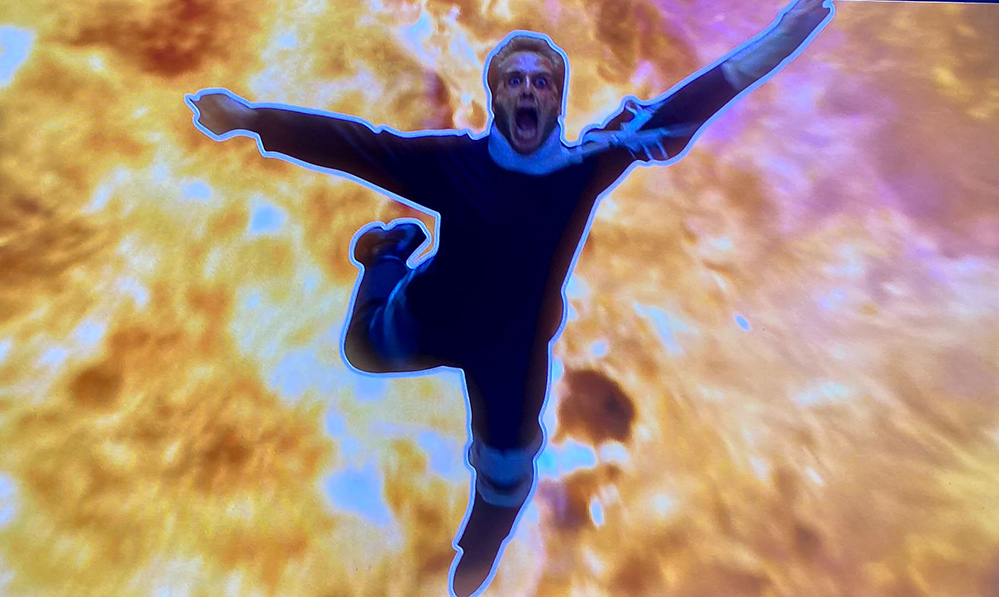 Ang Lee’s Hulk is a big, bloated film about a giant green monster. It seems only fitting that it would become the subject of, far and away, the longest episode of Cinema Chance Cube yet. We’re talking nearly two hours about this weird, sometimes experimental superhero film about repressed emotions, mental scarring, and childhood abuse. Also, it has Hulk Dogs with giant testicles.

This was after a chance cube rolling that included two Steven Seagal films (On Deadly Ground and Under Siege), Christophe Gans’ Bava-esque Silent Hill, giant Aztec dragon-god creature feature Q – The Winged Serpent and the classic Frankenheimer political thriller The Manchurian Candidate. These were all great choices, but Hulk reigned supreme and let to one of our most interesting conversations yet. A Hulk-sized episode for a Hulk-sized movie, if you’ll indulge my doltish wordplay.

We also spend some time talking about Nick Nolte’s aesthetic, the various types of canyons in the Southwest, John Woo’s move from Hong Kong to Hollywood, and Shannon’s realization that The Hulk was actually a huge guy. In addition, we debate whether Patrick Wilson is the poor man’s Josh Lucas, or whether Josh Lucas is Great Value Patrick Wilson. We also, as we’re wont to do, take this as an opportunity to bag on Edward Norton and his version of The Incredible Hulk, which pales in comparison to this film in practically every way. In addition, friend of the show Alex Jones returns to sing us home with a beautiful song about frogs (credit to Placeboing).

This episode also is our first with a real sponsor (kind of)! We’ve teamed up with Mary Kay beauty consultant Keegan Kuhlman1 who is offering 10% off your order if you mention Cinema Chance Cube in the “questions and comments” section during checkout. Don’t take your skin for granted!

So please, like and subscribe to our podcast on iTunes, Google Play, or wherever you listen to the show, rate and review us and share with your friends and also follow us on twitter @cinemachancepod! And leave comments below about how much you hate your dad!

DESTINY, and Learning to Rage Against the Dying of the... Previous
Review: THE VAST OF NIGHT Next