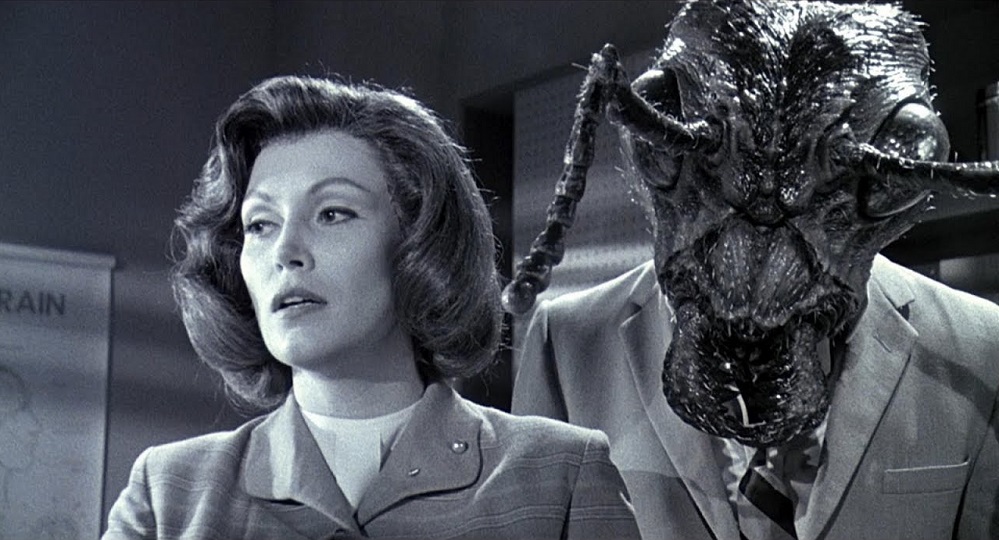 Well hello there! Long time no see! Because I’m not exactly the most on-top-of-things, as you may have gathered from listening to the previous eleven episodes of Cinema Chance Cube, I forgot to do show notes for last week’s show. So lucky for you, we’re booking a double feature for you this time around: Michael Crichton’s The Great Train Robbery followed by Joe Dante’s Matinee.

First up, we watched my boy Mikey Crites’s 1978 adaptation of his own novel, The Great Train Robbery, which despite my undying Crichton fandom I somehow had never seen. Because of my devotion to the Church of Cricht, I also threw the 2003 Richard Donner-helmed Timeline, which is adapted from Crichton’s novel of the same name and starred Paul Walker and Lewton Bus favorite Gerard Butler. Ryan threw Star Trek: The Motion Picture as well as Videodrome into the cube, because he apparently felt that we needed to watch movies starring actors who have been long cancelled. Still feeling the need to class up the joint and make the rest of us look like unwashed and uncultured philistines, Shannon brought us The Man Who Shot Liberty Valance and The Rocketeer, which are way too good of films for the likes of us.

Turns out, so was The Great Train Robbery. This film was way better than any of us expected. Fun, sexy, hilarious, and exhilarating, it wound up being everything we could have wanted in a film. There’s incredible practical stunts, note-perfect performances by Sean Connery and Donald Sutherland, and some of the most fun heist action I’ve seen in a long time. This one comes highly recommended by myself and my fellow dinguses in the peanut gallery.

Not content with just discussing the excitement onscreen, we also talk about Jerry Goldsmith’s history with the Star Trek franchise (because I’m not very smart and forgot to include him in the Total Recall episode‘s Star Trek talk). There’s an extended scene featuring the the sport of “ratting” which leads to a scandalous revelation that I can rattle off the names of multiple members of the 80s rock band Ratt, Ryan obsesses over chickens, and Shannon gets furious about the lack of dinosaur statues during a scene at Crystal Palace Park.

After that, Shannon got to load the cube and chose to inflict Joe Dante’s Manatee… I mean Matinee on us. Fortunately, he was benevolent and the film is fantastic.1 It’s one of those films that reminds you why you love movies, from the films themselves to just the very idea of sitting in a theater and enjoying the experience… needless to say, that kinda pissed me off given I haven’t been able to go to the theater in months. Way to rub it in, John Goodman.

Most importantly, we talked more about Star Trek and particularly how Ryan needs to finally get off his bum and watch Deep Space Nine already. Ryan also describes his loathing of summer camp, which is why he adores the Friday the Thirteenth movies with all of his heart and soul. Finally, though, we end with Shannon bringing up his story of, shall we say, “meeting” John Goodman at a restaurant in New Orleans.

So there you have it! Two episodes about great films — both Great Train Robbery and Matinee receive unanimous praise — for the price of one! Please rate, review, like and subscribe via the links below and share with all your friends. Follow us, and Lewton Bus on twitter and feel free to comment below about how much you love the show!

R.I.P. Joel Schumacher, 1939 - 2020 Previous
TIGERLAND and the Importance of Healthy Leadership Next