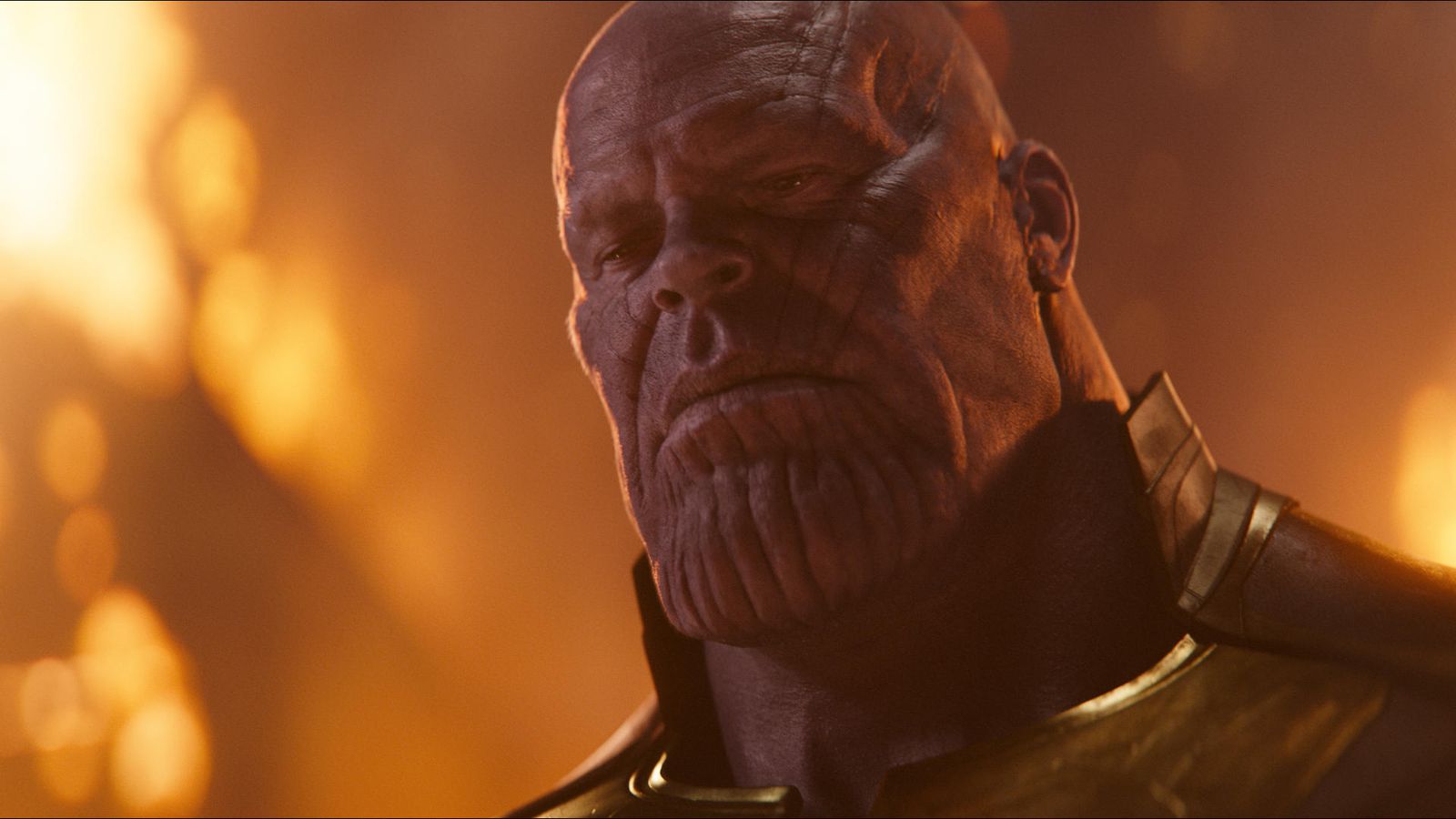 “Destiny arrives.” Well, we’re here. After so many years and so many films, we’ve reached the climax of the known Marvel Cinematic Universe. Avengers: Infinity War, which opens this weekend, is the moment that we have been waiting for for a decade now. For countless fans, this feels like a moment that they thought might never arrive. A story so grand, so out there, so comic booky in nature, that we could never get it in movie format. Yet like destiny, Avengers: Infinity War has finally arrived, and it’s unlike anything we’ve ever seen before.

Avengers: Infinity War is in many ways the culmination of over a decade of filmmaking. It is the film that dares to turn everything we know and feel secure in about the Marvel Cinematic Universe on its head and put the audience and our heroes through the ringer. One that asks, what would you do, what would you sacrifice, to save the world? It’s a film with a lot of questions and few easy answers; simultaneously the biggest and most challenging movie that Marvel has made to date.

So what is the movie about, you ask?  Well, that’s complicated. This is a plot heavy film and one that I am loathe to spoil so I will have to be careful in the paragraphs that follow because I believe that the only way to truly experience it is to go in blind and allow the movie to take you on its journey. In the broad strokes, Infinity War is the tying together of many of the plot strings that have carried throughout the MCU so far. It tells the story of Thanos, the Mad Titan (portrayed by Josh Brolin via motion capture), first introduced in the post credits of The Avengers, and his quest to “balance the universe.” You see, Thanos, having witnessed the horrors of overpopulation and resource depletion on his home planet, has come to the conclusion that, being that there are a finite number of resources in the universe, it is necessary to institute a form of artificial population control to insure the ongoing survival of life in said universe. His solution? A universe wide cull, wiping out half of all life in existence. To do this he needs the Infinity Stones, six monumentally powerful gem stones that each represent a different aspect of existence: Space (the Tesseract from Avengers), Power (the purple stone from Guardians of the Galaxy), Reality (the Aether from Thor: The Dark World), Mind (the stone in Vision’s forehead), Time (the Eye of Agamoto around Doctor Strange’s neck) and Soul (location unknown). Each of these stones grants immeasurable power to its wielder over the properties to which it pertains, and when combined together grant the holder unlimited power. The story of the film is Thanos’ hunt for the stones, and our heroes, all of our heroes, attempting to stop him.

So, yeah, the limited plot synopsis I’ve already given you is complicated enough, and honestly, that’s just scratching the surface. There’s plenty more to be discussed within, but that would require me to venture further into spoiler territory than I wish to go in a review. What I will say, is that a plot of this nature, one that is connecting threads from every film franchise Marvel has established under its belt, means one very important thing; it’s crossover time. For the first time ever, almost all of the Marvel heroes are present in a single film and it results in character pairings and interplay that fans have been dying to see for ages. Watching characters like Tony Stark and Peter Quill bouncing off of each other is what comic book fans live for, and this is that concept pushed to its extreme. Everyone is here, the Guardians, the Avengers, Spider-Man, Doctor Strange, the list goes on and on, and the way these characters interact with each other is a joy to watch. I am not joking in the slightest when I say that I would absolutely buy a ticket to watch a movie about these characters having a dinner party in which there are no big fight scenes whatsoever. The characters are so good and so distinct that all it takes to produce good cinema is to put them in the same room. When you combine that with the insane spectacle of this film, that’s when the magic happens.

There are a lot of different words to describe this film, but huge is definitely one of them. This is action and science fiction and super heroics on a scale the likes of which we’ve never seen before. The scope of what is happening on screen is massive. This is a relentlessly paced film that continually keeps shifting into higher and higher gears as the stakes ramp up with each stone Thanos collects. We see characters doing things they’ve never done before, utilizing their powers and skills in ways that we never would have thought possible even five years ago, because we just couldn’t imagine how it would be done. The action on display is insane and inventive, and when paired with stunning imagery that draws on the legacy of some of the greatest writers and artists in Marvel’s illustrious history, it results in a feast for the eyes unlike all that came before it. Drawing on color palettes and shooting styles of the previous Marvel movies and throwing them in a blender with a bunch of new tricks, the Russo Brothers and their cinematographer Trent Opaloch manage to create something that feels truly fresh and new, no small feat in this day and age.

Going beyond the general enormity of the proceedings on screen, what sticks with this viewer the most is the relentless nature of the film.  This is a film that establishes tension early on and continually ratchets it up as it goes along. There’s a whole lot of film to get to and once the ball starts rolling downhill with this one, it’s full speed ahead to the end. While some may take issue with this as the film does not allow many moments for the audience to catch their breath, it serves a purpose. By not letting us catch our breath, the film gives itself the freedom to continue to tighten the noose on us, to ratchet things up continually on its way to an ending the likes of which this reviewer has never seen. I’ve experienced many different endings with many different movie crowds over the years, and I’ve never had an experience like this one.

It wouldn’t make sense to get out of this review without talking about the villain, because he is where this film truly shines. In the lead-up to the film the Russo brothers and Kevin Feige repeatedly stated that Thanos was the protagonist of this film and in many ways they are right. Thanos drives the plot of this story more than any single character. He propels the story forward and his every appearance presages a paradigm shift within the film. The character is something else. More so than any character introduced to date, Thanos feels like a force of nature. Utterly assured in his purpose he acts as if the very force of destiny itself is behind him. His ascension, and his supremacy are never in question in his mind, for his superiority over all is to him a law of the universe itself. His quest too important, too necessary to entertain even the idea that he could fail, no matter the cost. Josh Brolin puts on a performance for the ages as the Mad Titan, shaping him into a villain that we will be talking about for years to come. Everything about the performance only lends to further hammer home the enormity of the threat that he poses, and with each new horrific act committed in pursuit of his goal, his resolve becomes all the more terrifying. If Thanos had not worked, neither would have this film, but without a doubt the character delivers.

This is an incredibly bold film on so many levels. Its scope enormous, its stakes almost immeasurable, and its aim high, this was in a lot of ways an incredibly high risk film, one that could have easily fallen apart. The fact that it not only holds together, but excels at it’s stated goals is a testament to what Kevin Feige, the Russo brothers, and the rest of the MCU crew have done over the last decade. This is a film that takes a lot of chances, and one that seems to be okay with being potentially divisive. It’s also an experience so truly unique that I am still struggling to find an adequate reference point to compare it too. This is a monumental undertaking, a film that refuses to play it safe when playing it safe would be a guarantee of success. It’s the kind of film where if the directors had missed their mark, it would have fallen apart, but they did not miss.

In 2008 Kevin Feige and the fledgling Marvel Studios introduced us to a whole new cinematic world with the release of Iron Man. At the time, no one, not even the makers of the film could have known the true scope of the undertaking they were attempting when they released that film to the masses. When, in the first of their many now famous  post credit sequences, Nick Fury told Tony Stark, “You’ve become part of a bigger universe, you just don’t know it yet”, not even they could have known how true that was. Now, 10 years, 19 films, and several box office billions later, we have reached the climax of that universe—at least, that universe as we now know it—and what a climax it is.

THERE WAS AN IDEA... Seeing Your Culture As An Outsider... Previous
Things We're Digging This Week - INFINITY WEEK Edition Next