Beyond the Batnipples – THE INCREDIBLE SHRINKING WOMAN & D.C. CAB

Bee McGee goes into the filmography of Joel Schumacher, starting with his early comedies. 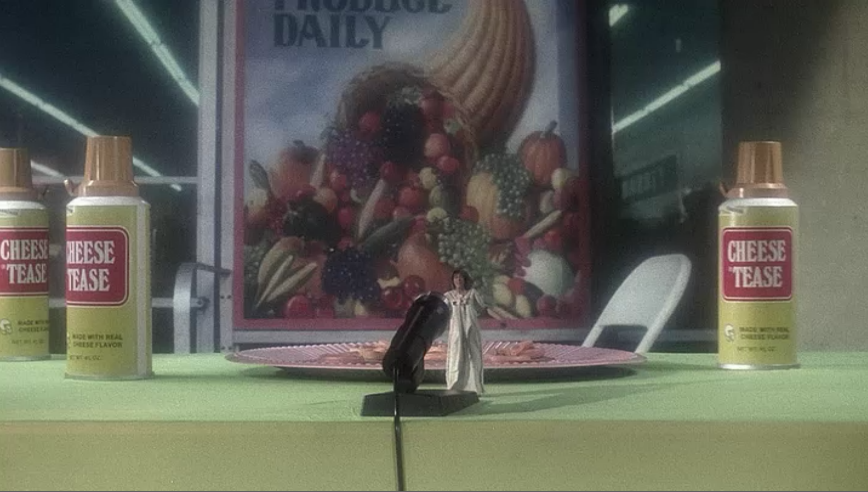 In this series, film lover and BATMAN & ROBIN defender Bee McGee goes through the entire filmography of divisive director Joel Schumacher to explore what his work as a whole is really like, once one gets BEYOND THE BATNIPPLES.

I don’t think that Joel Schumacher deserves the shit he gets.

He’s certainly a flawed filmmaker, no one’s gonna argue against that, but he’s had one of the most weirdly diverse careers of any filmmaker out there, getting his start in costume and production design before transitioning into writing and directing. He’s directed 23 movies that span across every genre you can think of (action, horror, comedy, and even a musical – which I have a lot of things to say about, just you wait), and I believe his filmography really deserves to be evaluated as a whole.

But when that same filmography starts with something as insanely bad as The Incredible Shrinking Woman, it gets a little tougher to defend the guy.

Written by Jane Wagner as a vehicle for Lily Tomlin, The Incredible Shrinking Woman is a bizarre attempt at satirizing consumerism that ends up tedious at best and annoying at worst. The plot, a riff on Richard Matheson’s 1956 novel The Shrinking Man, centers on Pat Kramer (Tomlin), a housewife living in a hyper-colorful suburban neighborhood where all anyone seems to care about is buying (and in some cases, selling) new products. However, due to excessive use of products that her husband (Charles Grodin) markets, she begins to shrink and continues to do so, eventually becoming an international celebrity in the process. After that drags on for a while, Pat eventually gets kidnapped and is held captive by an evil organization with plans to shrink the world (the how and why isn’t explained) and has to turn to a doofy janitor and a painkiller-addicted gorilla (played by none other than Oscar-winning makeup artist Rick Baker) to escape.

It’s not a particularly successful comedy, to say the least. The film opens with a bit where a canned cheese salesman tries to get material for a commercial in front of a supermarket that goes on for far too long, and a good chunk of the film’s other jokes try to be quirky and offbeat, but fail. There’s a lot of techniques used to try and get a laugh: rapidly sped up footage of Pat and the lazy, telenovela-watching, salsa-dancing Mexican maid, Concepción, putting away groceries. Playing a happy commercial jingle over a scene of chaos caused by the product it’s for. Lots and lots and LOTS of screaming. There’s even a segment that teases Wacky Shenanigans™ through voiceover, but it plays out with a grand total of one joke, and it falls flat on its face. There are jokes that succeed, most of them being visual gags, but the film just meanders about until it gets to the climax, where for a solid ten minutes it hits a streak of inspired lunacy that is actually kind of a blast to watch. But as fun as it is, the rest of the film just can’t match up.

What doesn’t help is the disjointed structure, which is bad even by the loosened standards that are sometimes needed for comedies to work. Large chunks of plot development are delivered through voiceover, and there are moments where the tone makes 180-degree turns out of nowhere. Also, I swear that the film keeps having moments where it looks like Pat’s husband is about to cheat on her with Concepción, but it never happens and feels like a waste as a result.

With all that said, there are things to commend about the film. The production and costume design are excellent, the bright colors adding elements of absurdity that the script cannot. The performances are fairly strong, with Tomlin playing three characters and nailing them all, but sometimes the weakness of the material shows. For example, Ned Beatty has a decent-sized part and he plays it well, but he only gets one joke, which is a shame. But the highlight of the movie is Sydney, the aforementioned gorilla with a painkiller addiction played by Rick Baker. Sydney has no dialogue (because he’s a gorilla and the film needs to have at least ONE element of realism I guess), but he does have almost all of the movie’s best gags, and the casting of Baker would make for a hell of a trivia question if only someone actually wanted to watch The Incredible Shrinking Woman in order to make trivia questions out of it. And the effects are surprisingly strong, a couple bad greenscreen shots aside. The miniatures and use of perspective are actually really impressive, which I did not expect at all going into it.

But the movie almost negates all of those positives by simply dragging. It’s only 88 minutes long, but it feels almost three times longer in that way only bad comedies do. As absurd as a lot of this was, if it was at least a bit snappier in its approach maybe I could have tolerated it more. Schumacher has been vocal about being overwhelmed during production, the effects work in particular, and while the film is badly directed, I have to give him props for being so candid about it.

The movie barely made more than its budget at the box office and initial reviews were fairly brutal, so under most circumstances this could have been the last we ever heard from Schumacher. However, due to a trio of films he wrote being big successes with black audiences (Sparkle, Car Wash, and The Wiz, which I’ll get to after finishing with his directorial work), Schumacher was hired to co-write and direct a film aimed towards them. The result was D.C. Cab (or Street Fleet, depending on where you lived), which was released in 1983.

Written and directed by Schumacher, D.C. Cab is an ensemble comedy, but the point-of-view character is Albert Hockenberry (Adam Baldwin* in one of his first few roles), a Washington, D.C. transplant who begins work at the titular struggling cab company, only to realize the eccentric crew of drivers (which include Mr. T, Charlie Barnett, Bill Maher, and Gary Busey) spend more time fooling around and wishing they weren’t working at the cab company than they do actually focusing on their jobs. After about 45 minutes of loosely-connected shenanigans, D.C Cab comes into some money, and finally starts to compete with the other cab companies – until Albert is kidnapped and framed for the kidnapping of an ambassador’s children. Then all hell breaks loose.

D.C. Cab is a very loose-feeling flick, focusing more on comedic set-pieces instead of plot for a solid chunk of the runtime until the aforementioned kidnapping plot bursts out of nowhere. But you know what? It’s actually a pretty good time. The performers are great, the script gives them plenty to do, and the structure’s a tad strange, it ends up working for the film in the long run.

The movie was shot on location in D.C., and the contrast between the urban bleakness of the surroundings and the gleeful absurdity of the film’s humor gets some laughs in its own right. The production and costume design is aces once again, and Dean Cundey’s cinematography perfectly captures it. It’s obvious that the lower budget of this movie had Schumacher feeling more comfortable behind the reins of this one, and he really seemed to be coming into his own.

What helps is that the cast is clearly having a lot of fun and has chemistry to spare, to the point where even Baldwin seems likable. Mr. T is playing himself, but if you’re not hiring him to do that then why would you hire Mr. T? Gary Busey has a lot of the film’s best moments, happily Busey-ing it up in all the best ways. Whitman Mayo’s Mr. Rhythm outright steals the whole movie, his nuggets of advice popping up exactly when needed and arguably being the real hero of the flick. The only member of the cast who seems off is Bill Maher, who has a big introductory scene where he seems to be perfecting the incoherent political ranting that he’d later build his TV empire on, but is fairly flat for the rest of the movie.

On top of that, the movie has a pretty solid soundtrack. While Giorgio Moroder provides a pretty standard 80’s synth score, it also features a lot of great 80’s R&B, with Peabo Bryson, Stephanie Mills, and Irene Cara (who also has a cameo as herself) all popping up on the soundtrack at various points.

The movie made money ($16 million on a $7 million budget) despite mixed reviews, and it looked like things were on the rise for Schumacher. There was a pretty clear increase in quality and filmmaking skill between the two movies, so whatever was next for him was sure to be anticipated. Well, as luck would have it, while in Washington D.C, he got an idea for a movie and wrote a script for it with his intern, and the result of that will be covered next time on BEYOND THE BATNIPPLES.

Up next, the Brat Pack days: St. Elmo’s Fire & The Lost Boys

The Wars on Film: The Patriot and The Dangers of Nostalgia... Previous
The Wars On Film: Zero Dark Thirty And The Compromises... Next