A day at PAC Festival: 12-hours of Arthouse Cinema 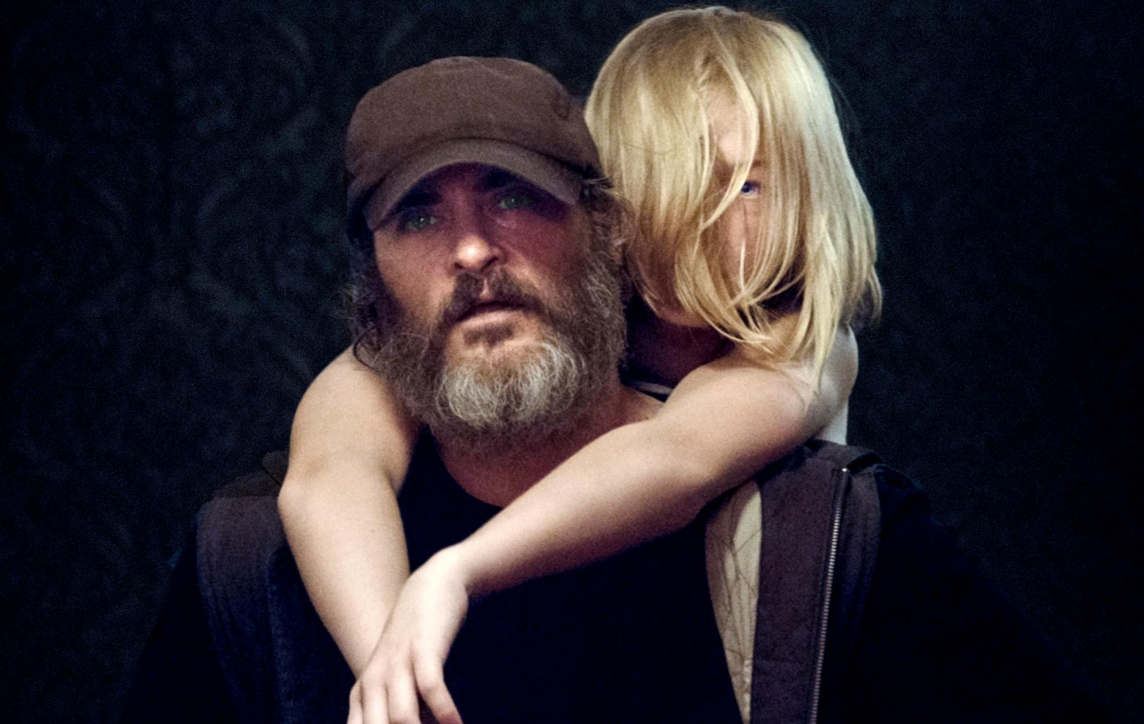 Twice a year, Pathé, the biggest mainstream cinema chain in The Netherlands, hosts something called the PAC Festival. PAC (Pathé Alternative Cinema) is the umbrella under which they release almost every single arthouse or prestige movie that gets a release over here. Most of these films get a fairly limited release, so the PAC Fest offers Dutch moviegoers a chance to see five upcoming alternative films in one big marathon showing. After sitting out every previous edition, I finally popped my PAC cherry this weekend and spent more than twelve hours in a dark room full of strangers. It went as follows.

I’m here with a good friend of mine, who is way more into these types of movies than I am. Therefore, he is very excited for Loveless, the latest film by Russian auteur Andrey Zvyagintsev (Leviathan). On the other hand, I personally can’t say I’m terribly enthused by the prospect of starting my Sunday off with a grim Russian drama of over two hours. Luckily, my worries are quickly proven wrong. Of course, the plot of Loveless is some dark stuff — A couple going through a bitter divorce (Maryana Spivak and Aleksey Rozin, both excellent) neglect their twelve-year-old son to such a degree they barely notice it when he goes missing. However, the film manages to be something far better than plain ol’ misery porn.

Make no mistake, this is an extremely miserable movie, but it’s also frequently beautiful. Zvyagintsev has an incredible eye for haunting images; there are very few shots in this film I would not happily hang on my wall, which lends the whole thing an eerily dissonant serenity. He also displays a surprising knack for moments of wry comedy, in particular a scene featuring a spectacularly (but purposefully) misplaced use of Sleepwalking by metal bro’s/teen heartthrobs Bring Me The Horizon. The lack of music for most of the film also lends the few instances where there is a soundtrack, be it the aforementioned BMTH song or the hypnotizing piano motif that opens and ends the film, an extra oomph.

So while it will undoubtedly be too relentlessly bleak or ultimately unsatisfying for some, Loveless is absolutely a film worth watching if you think you have the stomach for it. The cast is uniformly excellent, with the young Matvey Novikov doing some especially heart-breaking work as the missing child in question. And while the story might meander a bit times, Zvyagintsev eventually ends on just the right note, finishing things off with a final shot that will haunt my brain for quite some time.

Film #2: You Were Never Really Here

After a lengthy lunch break, it’s time for the film I’m probably the most excited for today: Lynne Ramsay’s You Were Never Really Here. Joaquin Phoenix stars as Joe, a war veteran who takes on dangerous jobs for a private security film. Things quickly spiral out of control when he’s asked to rescue the daughter of a senator from some sort of child sex trafficking ring, launching Joe in a conspiracy way bigger than anything he’s used to dealing with. If you think that sounds less like something you’d find at a “alternative film” showcase and more at the bottom of a DTV bargain bin, you’re not wrong. The key is all in the execution.

This is an anguished howl of a movie. Sudden flashbacks hint at a traumatic past of our antihero that is never explored or explained. Ramsay leaves you to fill in the blanks, but rest assured they aren’t pretty. Extreme violence suddenly erupts in a fraction of a second, but the camera rarely lingers on it, making it all the more impactful. At only 85 minutes, it feels precisely and tautly engineered to punch you in the gut. At the center of this all is Phoenix, giving possibly the greatest performance of a career full of great performances. Joe is clearly irreparably broken on the inside, but Phoenix still manages to make him endearing, even when he gets increasingly violent. That I’ve gotten this far without even mentioning Jonny Greenwood’s amazing score says enough about how much there is to talk about in regards to this film. It will certainly prove to be divisive, but You Were Never Really Here is a film that simply must be experienced.

After two harrowing and intense films it’s time for a bit of a palette cleanser. Queue The Glass Castle. Brie Larson reunites with Short Term 12 director Daniel Destin Cretton for this adaptation of Jeanette Wells’ bestselling 2005 memoir. A book that, in the right hands, could have made for a very compelling film. Sadly, Cretton’s hands prove not to be up to that task. Larson stars as Jeanette, a journalist living in New York who comes face to face with her past after she sees her dysfunctional parents Rex and Rose Mary (Woody Harrelson and Naomi Watts) scavenging for food in a back ally trash can. The movie than periodically flashes back to Jeanette’s childhood which she spent, together with her three siblings, in poverty, squatting in houses all around the country, while their hippie parents (who are a drunk and an artist, respectively) consequently neglected them.

The problem is, the movie desperately wants to endear you to the parents, especially to Rex. Therefore, the movie quickly turns an insightful memoir into a threadbare piece of Hollywood fluff. For every horrible thing he does, Rex also does something quirky and loveable, or his actions get waved away by an incredibly poorly handled tragic backstory. To his credits, Harrelson does his very best with what he is given and comes close to turning Rex into an actual tragic character, instead of the loveable weirdo the script makes him out to be. The rest of the cast does fine work too. Larson is reliable as always and the child actors that portray the Wells kids at varying ages (including Iain Armitrage, the star of Young Sheldon) all show much promise. If only they were starring in a movie worthy of their talents.

We’ve just had a dinner break of over an hour, which my buddy and I took as an opportunity to fill in the film quiz. We’re confident we both have everything correct, but there’ll only be one winner, so tensions are arising. Quite a lot of people seem to have taken the break as an opportunity to bail, as the theatre is now only about half full. Among those who bailed is the woman on my right, who turned out to have not been as saintly as I thought she was, having left her seat a great big mess. Her serene presence will be missed.

The fourth film of the night is about as ‘alternative’ as a pack of butter: David Gordon Green’s Oscar hopeful Stronger. Jake Gyllenhaal stars as Jeff Bauman, a Bostonite who loses his legs at the Boston Marathon bombing. Unlike that other Boston Marathon movie, this isn’t a bombastic tale of patriotic heroism in the face of terrorism (though a drinking game where you take a shot every time there’s a mention of Boston Strong would turn lethal fast), but instead just one man’s journey of acceptance after a tragedy. Gyllenhaal does some awards-worthy work as Bauman, as does Tatiana Maslany as his long-suffering, on and off girlfriend Erin. Some elements really don’t work, most notably Jeff’s mother, portrayed by Miranda Richardson, who seems to think she’s playing Lucille Bluth in a Boston-set Arrested Development adaptation. But overall the two great leads make this a better than average Oscar bait flick that packs a genuine emotional punch.

Before we get to Good Time, spirits are riding high, as I’ve won the film quiz. The spoils of my victory are rather random (Amy Winehouse’s debut on cd, The Ides of March on Blu-ray, Dallas Buyers Club on dvd and some kind of novelty “guess the film” book), but I’ll take what I can get. I was already holding up pretty well, but now I’m fully primed for Good Time. A crime thriller from the Safdie brothers (Heaven Knows What), starring the one and only Robert Pattinson. He plays Connie Nikas, a criminal who desperately tries to bail his mentally handicapped brother Nick out of prison after a bank heist gone wrong. A classic set-up, energized by the Safdie’s hyperkinetic style and Oneothrix Point Never’s thunderous score.

Or at least, that’s the kind of movie I thought I was getting. This might just be the fatigue of already having watched four films in the span of one day, but I found large stretches of Good Time to be disappointingly mundane and bland. The score breathes life into the movie to such a degree that every scene without it feels lacking in comparison, which is especially true of a lengthy detour into a decrepit amusement park that runs about twice as long as it should. There’s still some great stuff in here: the climax of that heist gone wrong is a doozy and Robert Pattinson cements himself as one of his generation’s better actors, but overall it’s a slight disappointment. A watchable case of style over substance, that could have been improved with just a little more style.

With that, the PAC fest concludes. There’s not a whole lot of crowd left at this point to update on and the people that are still here mostly silently disappear into the night. Seeing one great, one very good, two fine and one mediocre film in the span of twelve hours was a bit of a taxing experience for sure, but it’s one I’ll happily undergo again, proving the next line-up is similarly promising as this one. I’ll start prepping for the quiz again just in case.