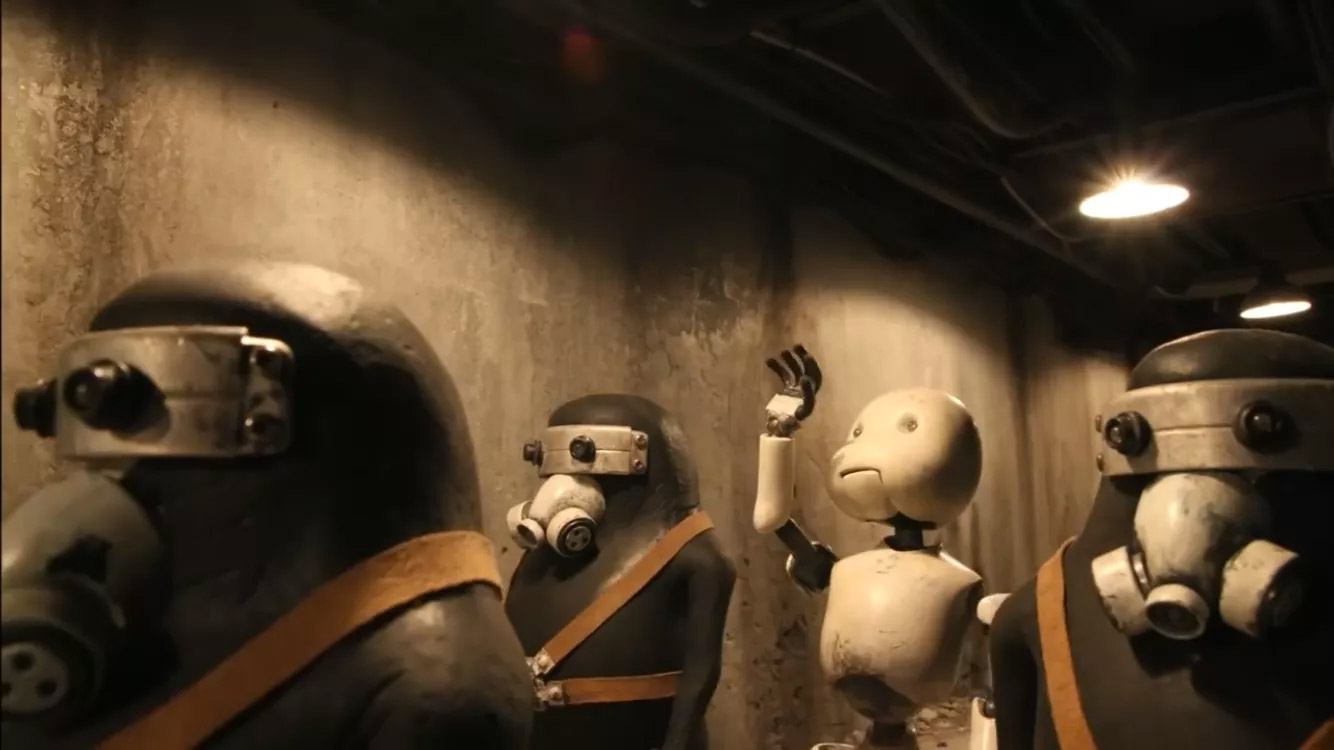 A passion project eight years in the making, Junk Head is a gorgeous stop motion science fiction film that, in what has been a bit of a theme at this festival, could have used some trimming in the editing room. Set thousands of years in the future, it follows the titular immortal “human” into the bowels of the earth, where he navigates a world of bizarre clones, searching for a way to restore humanity’s ability to reproduce. His journey is alternately tragic and horrifying and hilarious, sometimes mixing action, body horror and slapstick. It’s an amazing achievement of animation, design and science fiction world building. That it’s a bit bloated and poorly paced is understandable, given how hard it must be to “kill your darlings” when you’ve spent eight years crafting them frame by frame.

I used to put on haunted houses with my Sunday school friends as a kid, so I have a particular soft spot for the medium (and I do think haunted houses deserve to be considered an artistic medium). So, I found Haunters particularly fascinating, even if it focuses on certain aspects of the topic more than I’d like. After touching lightly on the history of haunted houses, it moves on to contemporary “haunters,” with their varying stories and motivations and psychologies. It’s great stuff. My only quibble is that the film overly emphasizes the character of Russ McKamey, a man whose version of “haunted house” is born more of torture porn and what appears to be genuine sadism. McKamey probably deserves his own (deeply disturbing) documentary, but in this case I would have preferred to see more about the friendlier people who have a ball making things go bump in the night. Quibbles aside, Haunters is a lovely look at a fascinating subculture.

The premise of this adaptation of Stephen King’s novella is very much in the tradition of “The Tell-Tale Heart,” with a murderer overwhelmed not just by the spirit of his victim but the unintended consequences of his foul actions. Thomas Jane, in an excellent, transformative performance, plays farmer Wilfred James. When his wife Arlette (Molly Parker) decides she’s going to move to the big city, taking the value of Wilfred’s land with her, Wilfred pressures his teenage son into his plan to kill her. After the deed is done, we follow Wilfred as his life falls apart, with the mostly unseen presence of Areltte taunting him, often in the form of the rats that are eating her corpse. 1922 doesn’t do a whole lot that we haven’t seen before, but it does it all very well. Jane is remarkable, and as a whole the film is really effectively directed and emotionally engaging. Seek this out on Netflix!1

S. Craig Zahler’s follow up to the very good (if flawed) Bone Tomahawk,2 shows that he’s managed to develop as a visual filmmaker while retaining what worked so very well about his earlier film. The absurdly good Vince Vaughn stars as Bradley Thomas, a burly and thoughtful drug-runner with a heart of gold. When a deal goes bloodily wrong, Bradley ends up in prison for the first time. When his erstwhile collaborators (including legend Udo Kier) kidnap his very pregnant wife, he is forced to do a job for them from behind bars. With his fists. And feet. He does this sort of thing very well. With a title that could have come from Walter Hill or John Carpenter, Brawl in Cellblock 99 is clearly playing within existing tropes but, like Bone Tomahawk, it is a deliberately paced and character-centric take on the genre. Most of the titular fisticuffs are reserved for late in the film, but when they come they are incredibly brutal. While nothing quite compares to that one kill in Bone Tomahawk3, it’s still enough to make the most jaded of genre-fans cringe. While the leisurely pace generally works for the film, it still could have used some tightening up in the editing room, but I don’t want to pick too many nits. It’s a great sophomore effort from Zahler.