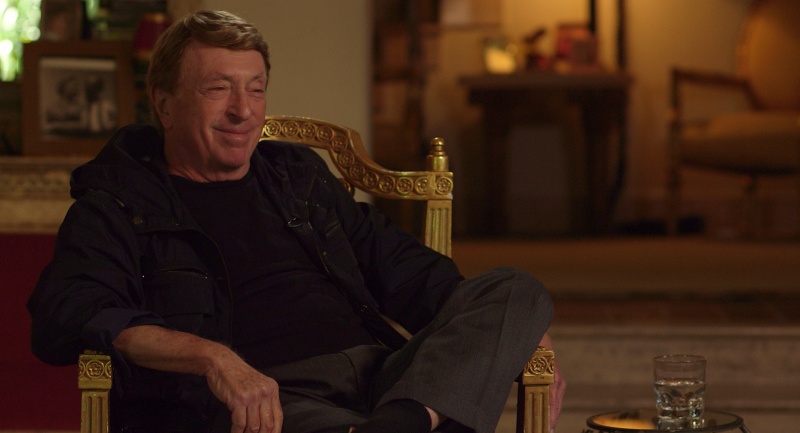 My coverage of Fantastic Fest 2017 continues with day two, including a Thai crowd-pleaser and a tribute to a Hollywood legend.

This film has apparently been a gigantic hit throughout Asia, and it’s not hard to see why. Starting off as a straight-forward teen dramedy, it follows academic overachiever (aka “genius”) Lynn as she transfers to an expensive high school on scholarship. After she turns softy and helps her new best buddy with cheating on an exam, she accidentally stumbles into a lucrative business: helping half of her absurdly rich classmates cheat on theirs. As Lynn’s schemes become more complicated, the film transforms into a straight up heist picture. It’s funny and exciting and, while it could use trimming down, it’s undoubtedly the most nail-biting Scantron-centric movie you’ll ever see.

A strange mixture of surrealism and Sergio Leone, Let the Corpses Tan seems like a movie that was specifically built to work for me. That it doesn’t is disappointing. A group of criminals, having just pulled off an armored car heist, are hiding out in a strange and ruined villa owned by an artist and her writer partner. While waiting to split up their haul of gold bars, their sanctuary is invaded, leading to a Free Fire-style extended shoot out and stand off. The film is caught in an awkward middle ground, where it’s either too artsy or not artsy enough. The beginning is filled with evocative and bizarre imagery, but once the straight up genre stuff starts it loses its way. Every so often the action is interrupted by non-narrative weirdness, generally having to do with sacrifice and ritual, and the two styles never quite gel. The film is absolutely gorgeous, from sound design to cinematography to editing, and is worth watching for that alone, but as a whole it just doesn’t add up.

Larry Cohen, the madman behind Black Caesar, Q The Winged Serpent and The Stuff, is an exploitation legend, and King Cohen is a love letter to the man and his work. The documentary follows him from his aborted standup comedy career, through his early days of writing for television, and into his long and varied film career. With a wide array of interviewees, from Martin Scorsese to Tara Reid, and a dizzying amount of behind the scenes photos and clips, the film is a thrill to watch. The biggest joy is the man himself. Cohen is charming and hilarious and foulmouthed. One of the high points is him telling a tall tale about doing all the stunts in Black Caesar before Fred Williamson did to show they could be done, only to have Williamson laugh and call him on his bullshit in his own interview.

Also, I got to see him in person!

While introducing the screening of this Australian thriller, the filmmakers made a comment about how this was “made for the fans, not the critics.” Beyond the tone deafness of saying that in front of a festival audience filled with critics, it was an odd thing to say given that most people who say that are directors of big studio films with low Rotten Tomato ratings. A low budget film making the festival circuit? It seems weirdly preemptive. Also, Rabbit isn’t exactly a crowd pleaser. If you go into it looking for a thrill-a-minute bit of genre fun, you’re going to walk away disappointed.

Which isn’t to say that Rabbit is bad. It’s quite good in a lot of ways. Adelaide Clemens plays Maude, a young medical student who has been having dreams or visions of her twin sister Cleo (also Clemens), who has been missing for a year. Following her dreams (literally) she starts the search for Cleo, bringing an emotionally scarred cop and Cleo’s fiancé along for the ride. The film is well made, with some great performances and stellar sound design, and eventually goes in some interesting science fictional directions. Unfortunately, for a comparatively simple film like this it feels bloated. A bit more hacking away in the editing room would have done it some good.

Speaking of Larry Cohen, Canadian thriller Radius has the kind of wonderfully high concept idea that Cohen would have come up with. A man with amnesia crawls away from a crashed truck in the middle of nowhere and slowly discovers that any living thing that comes within fifty feet of him immediately dies. The beginning of the film has some unnerving fun with the concept, as our anonymous hero goes from thinking that there’s some sort of disease making the rounds to figuring out that it’s actually him. Unfortunately, whereas Cohen would have done something inventive and bonkers with the premise, the film wilts once a second protagonist shows up. Way too self-serious and saddled with some of the blandest lead characters I’ve seen in a genre film in years, the film becomes a dour slog up until it when delivers some truly eye-rolling twists near the end.

That’s it for today. Tune in tomorrow!