Does it Look Like It’s Our First Time? THE LIVING DAYLIGHTS

A promising start to an unfortunately short-lived period 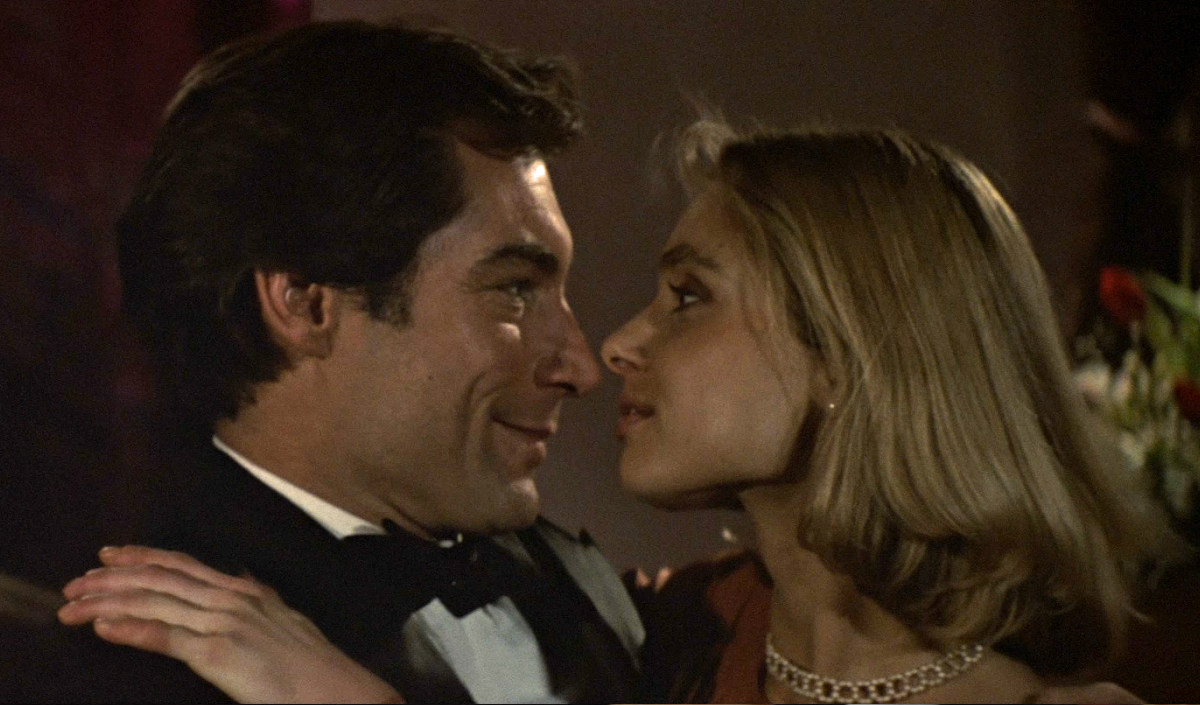 After 12 years of the self-parodic excesses that defined the Roger Moore era, for better or worse; and more specifically those of A View to a Kill (often considered the nadir of the 007 series at the time), a James Bond reinvention was very much needed in order to keep the proceedings from getting too repetitive. What better way to do it than with a relatively restrained thriller that went back to the Ian Fleming basics? Not to mention the presence of an actor who took the character seriously and understood what made him truly appealing beyond the inherent power fantasy aspects. Enter The Living Daylights, which celebrates its 30th anniversary today.

The iconic secret agent is introduced with great economic effect. He’s examining the streets of Bratislava for potential threats when he spots a woman with a sniper rifle. He prefers to scare her with a gunshot instead of going for the kill because he can tell that she’s not an actual assassin. Just like that, you know that he’s ruthlessly efficient, but without ever forgetting to keep his heart in the right place. Bond also happens to be excited by his little shenanigan, a reaction that hints at a man with sociopathic tendencies; something that annoys Saunders, his reluctant collaborator.

Timothy Dalton makes Bond his own by providing an intense sense of menace and mixing it up with the classic cheeky personality the character is usually associated with. He also displays a vulnerability to remind the audience that Bond isn’t always confident about how things will turn out, a detail that enriches the stakes.

This 007 version prefers a more slow burn and theatrical approach to his work (i.e., disguises, manipulation, etc.) over open confrontation, making his victories feel more satisfying and his failures more painful. M criticizes him for following his instincts rather than orders. The thing is, that’s exactly what makes him such a resourceful field operative. He has a sharp capacity to think out of the box, a trait that his colleagues often mistake for a devil may care attitude. This is, in good part, because of the cloak and dagger nature of the plot, which involves the mysterious deaths of several MI6 agents and a rogue KGB faction planning a (rather convoluted) weapons deal that could potentially destabilize the global order. Bond is a soldier in an invisible war, where in order to win, it is fundamental to bring the battles closer to your enemies’ turf before they cause an international incident, to make them think they have the upper hand when they were just painted into a corner. One of the movie’s smartest decisions is to keep most of the action scenes in a small scale to be congruent with this premise. And when they decide to go big, they deliver like gangbusters. The clear standouts are the Indiana Jones-esque battle between General Georgi Koskov’s forces and the Mujahideen in the Afghan desert and the delightfully cheesy escape from the Soviet army on top of a cello case.

This is one of the most brilliantly designed and shot films in the entire franchise. Director John Glen presents us with a world full of beauty where danger is lurking around every corner. It doesn’t matter if you’re enjoying a classical music concert or a ride in an amusement park, the paranoia never goes away. This works as a thematic parallel for Bond himself, who uses his classy gentleman persona to hide a trustworthy, but sinister individual that’s not afraid to be as brutal as the terrorists he hunts. The excellent soundtrack by John Barry (who, by the way, has a cameo as an orchestra conductor), his last work for a Bond film, is also an important contribution to that atmosphere. Speaking of music, it’s worth pointing out that A-ha’s theme song holds up spectacularly well despite being one of the most eighties things to ever eighty.

There’s only one Bond girl in this occasion, Mariam d’Abo as the naive cellist Kara Milovy (the sniper at the beginning), who is written more as a tool for Bond to get to the next scheme in the plot rather than a genuine ally and romantic partner. They “fall in love” with each other simply because the script says they should. Even Kara points out the absurdity of the situation. To be fair, d’Abo’s endearing performance (even if talking with a Czechoslovakian accent gets in the way of her line delivery) and nice chemistry with Dalton help to distract from her shallow characterization.

Even though Bond is met with a properly challenging mission, the villains behind it are disappointing, since they lack the necessary strength to hold their own against Dalton’s imposing screen presence. Georgi Koskov never goes beyond generic Russian general. He tends to be comedic to a fault, so it’s hard to take him seriously as a threat. Crazy arms trafficker Brad Whitaker is fairly entertaining, but he’s not established as a physical danger until very late in the game. And once he gets that status, he keeps it for only a few minutes. However, he earns some points for his inventive lair/house of horrors themed after historic military events. I admit  I’m always amused by the fact that the stoic henchman Necros (who is basically Ivan Drago if he decided to be a hitman instead of a boxer) turns out to be a pathetic coward in the end. Most notably because he gets the most memorable sendoff in the film. Watching overconfident jerks getting what they deserve never gets old.

The Living Daylights is an incredibly fun entry and a great debut for Dalton’s grounded take on James Bond. Its fascinating world building and perfect tonal balance between romantic swashbuckling adventure and film noir intrigue make it a honorable standout in the 007 canon.

Stay stunned next week for a deep dive into the evolution of Dalton’s Bond in Licence to Kill.