THE EQUALIZER 2: Uncle Knuck If You Buck

A Maturing Expansion on the Old Man Action Genre 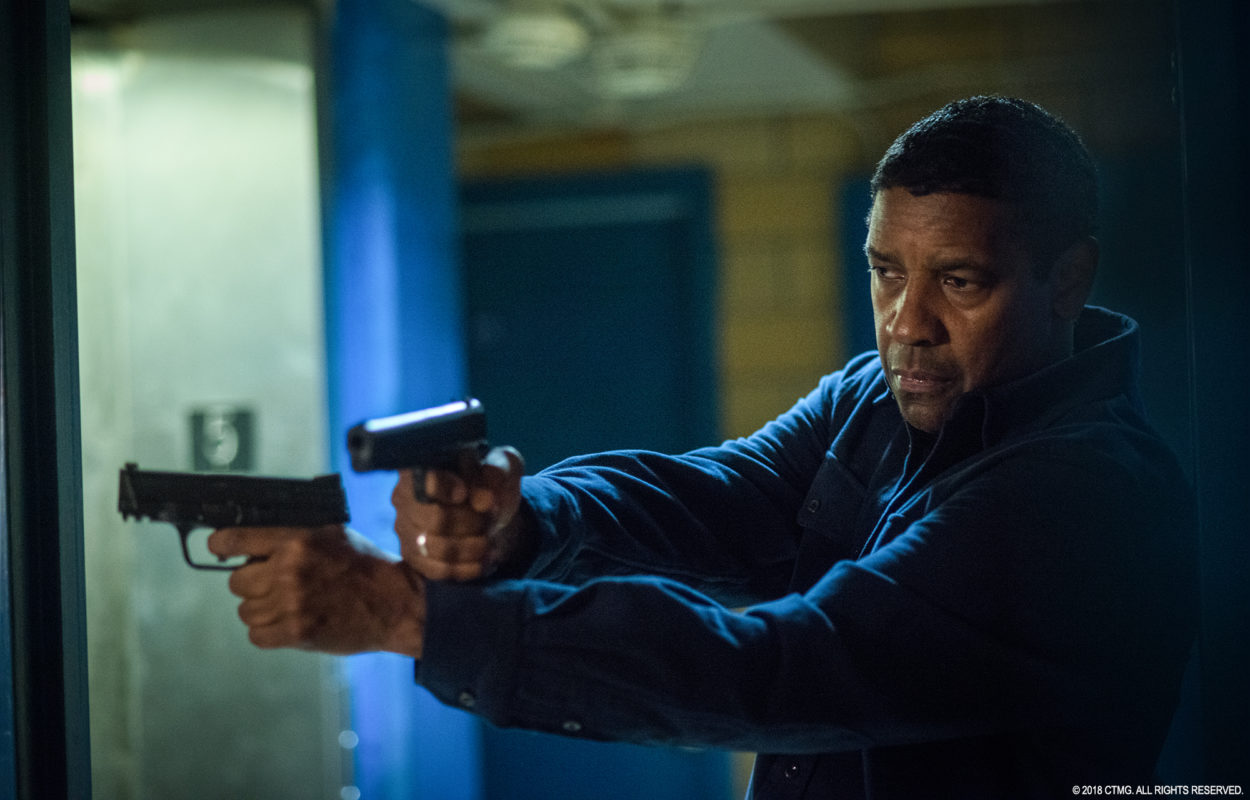 I like to categorize the 2014 film The Equalizer as the ideal “‘Old Conservative Black Man’ Action Movie”. As the description implies, it is a spin-off of sorts of the “Old Man Action Movies” of this past decade made famous by Liam Neeson and the aging action stars of the 80’s and 90’s such as Sylvester Stallone and Bruce Willis, who have achieved newfound glory in their golden years. The descriptor also implies a value system based on the traditional conservative patriarchal systems of morality and honor. Denzel Washington’s portrayal of retired black ops assassin Robert McCall adds an interesting element to that formula, manifested by subtle grounded elements that feel very much in line with the older Black men that I’ve encountered in my life: he is a veteran working as, essentially, a Walmart greeter; he wears overtly unfashionable clothing, include his podiatrist-approved old man New Balance shoes (I’m not even joking); he advocates for community service; and he promotes the value of the “pull yourself up by your own bootstraps” work ethic made famous by the African American writer and political leader Booker T. Washington.

I was interested to see if Denzel and his longtime collaborator Antoine Fuqua would expand on this thread or abandon it for more flashy fireworks and fisticuffs. To my great satisfaction, I was surprised to find that The Equalizer 2 uses the elements of the Conservative Old Black Man to develop the character of McCall even further and add legitimate depth and weight to what could have otherwise easily been a cheap attempt at building a mindless action movie franchise.

In this sequel, we find Robert McCall continuing live his day-to-day existence as a humble upstanding senior citizen. He now works as a Ride-Sharing driver, and in his travels he goes out of his way to help friends, neighbors, and strangers alike in their times of need, a penance for the sins of his former life as a clandestine wet-work government agent. The mysterious murder of a deep cover foreign operative in Belgium spurns the interest of his close friend and former agency handler Susan Plummer (Melissa Leo). Unfortunately, her investigation puts her in the cross-hairs of a squad of shadowy assassins, forcing McCall to confront demons of his past and shed geysers of blood once more in the name of justice and vengeance.

It’s fascinating to see that The Equalizer 2 isn’t really a full bore action movie, at least not in the way one might expect, or even compared to the first film. It feels much more in line with an old school espionage novel, albeit mixed with more conventional neighborhood drama. The film takes its time to establish the relationships McCall develops with his community, further cementing the conceit of the original television series in which the hero exacts justice on behalf of innocent people. Unfortunately, the covert killer part of the story falls rather flat, as the unspooling mystery behind the mysterious killers never really makes any sense or comes to any significant revelation. There are some twists and turns that you can see coming from miles away, but the institution of charisma that is Denzel pulls the movie through the finish line despite itself. Even with a relatively weak plot, Washington demonstrates flashes of bloody excitement as he dispatches armed goons in steady intervals, keeping the promise of what most moviegoers paid to see. That said, my audience and I reacted even more during the more dramatic moments, as we were graced by the evolution of the beloved actor in his Final Form as Uncle Denzel.

McCall befriends a young artist named Miles, played with mix of false bravado and playful innocence by the great Ashton Sanders, famous for his breakout role as teenage Chiron in the Oscar winning feature Moonlight. Their relationship echoes the somewhat cliché setup of an older black man trying to rescue a young black kid from the streets, but the chemistry between Denzel and Ashton make their interactions stand out. Moreover, the device of career killer beyond his years trying to push a young man away from the path of violence magnifies the gravity of what’s at stake. In one scene, as McCall rescues Miles from a gang, he imparts unto the youth a teaching moment of furious anger not seen since his Training Day years. In another, the two share a quiet moment in McCall’s kitchen where he gives a hilarious but stern lesson on manners as a house guest.

All in all, The Equalizer 2 feels much more like the continuation of a story than a tacked on sequel. A good point of comparison would be the novel series turned movie franchise Jack Reacher; whereas the second feature film in that series fails miserably, The Equalizer 2 truly fleshes out its characters and the world they inhabit. If it’s blistering action you’re looking for, this movie has it in enough doses to leave you satisfied (to include another all-timer Melissa Leo ass whooping that rivals the vicious beatdown she suffered in Olympus Has Fallen), but you are also well served by a sincere and at times touching drama about a good man on his endless journey for atonement. In my few years since leaving the Army, I’ve dealt with my own feelings of guilt and remorse of the deeds I’ve been a part of. Additionally, I now have to contend with chronic health issues borne of previous physical exertion and poor decisions brought about by mental stress. Robert McCall is absolutely the hero I needed to see. Sure, I can indulge in the fantasy of an old black man kicking ass, but its the possibility of an old man making a difference, making up for lost time, and representing the hope of absolution that resonates far more powerfully, and I hope audiences will connect to that as well.

Review: HOW IT ENDS Previous
The First Trailer From SHAZAM! Lands Straight From SDCC Next

THE EQUALIZER 2: Uncle Knuck If You Buck

A Maturing Expansion on the Old Man Action Genre

Reconsidering a modestly succesful thrillride as a military movie masterwork