Review: FANTASTIC BEASTS AND WHERE TO FIND THEM

A fun, if not quite fantastic, return to a beloved world. 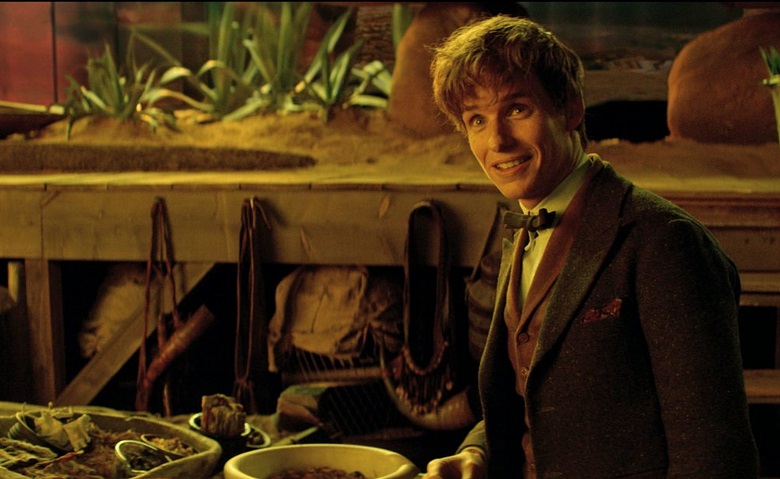 When I heard that J.K. Rowling was partnering with Warner Brothers and writing the script to a new film set within the Wizarding World of Harry Potter, I was not quite sure what to feel. As someone who grew up on the books and is a fan of the films in their own right, I felt a mix of trepidation and excitement at the prospect of an expansion of that universe. When I learned that said film was to be a prequel, I felt a twinge of apprehension. As a Star Wars fan, I had been down this road before, and in my experience it rarely ends well. When I discovered that said prequel was to be based on a textbook mentioned in the book series, I became concerned. But when I heard that said film would be the first in a new five film franchise set within the world of Harry Potter, the alarm bells really started to go off. There seemed to be far too many factors working against this film at the start for me to have any hope of it being enjoyable.  I’m happy to say that I was proven wrong, and that FANTASTIC BEASTS AND WHERE TO FIND THEM is, while not a perfect film by any stretch, at the very least a perfectly serviceable good time at the movies. Rowling’s latest edition to the larger story of the Wizarding World of Harry Potter has a lot to say (sometimes too much), but also makes sure to make room for laughter, awe, adventure, and even a few thrills along the way.

For the uninitiated to the world of Harry Potter, the general plot of FANTASTIC BEASTS might be a little hard to follow, so I will attempt to give a brief overview of the general story while avoiding any actual spoilers. The plot of FANTASTIC BEASTS focuses on the story of Newt Scamander (Eddie Redmayne), a wizard who, by the time the story of Harry Potter begins, is quite the famous magical zoologist and the author of a famous textbook which shares its title with our film, sort of like a magical British Steve Irwin. Scamander has come to America on a somewhat secretive personal mission, bringing along with him an enchanted briefcase in which resides a magical zoo containing the various creatures he has encountered and cataloged over the years, many of which have names that should be familiar to readers of the Harry Potter books. After a bit of a mishap, this case is opened and several of Scamander’s creatures manage to escape and begin to cause problems throughout New York City. However, all of this is going on against the backdrop of a larger mystery that is going on in the city, one which threatens to expose the American magical community. Throughout the story Scamander encounters a wide cast of characters, with notable standouts being bumbling No-Maj (American for “muggle”) Jacob Kowalski (Dan Fogler), menacing magical law enforcement officer Graves (Colin Farrell, doing what he does best), and the enigmatic and troubled Credence Barebone (Ezra Miller in a standout performance).

After the barebones of the plot have been set in place over the first 30 or so minutes of the film and the brief case has been opened, the film really manages to take off. The many creatures that Scamander is trying to retrieve are visually stunning and a testament to the hours on end that the art department spent visualizing them. Each has just enough in common with real world animals to make them seem possible, while at the same time maintaining the, and pardon the pun, fantastical element that made the Harry Potter films distinctive. The creatures and Scamander’s interactions with them, are also directly responsible for the bulk of the film’s best comedic moments, as he truly does manage to almost channel the spirit of slightly mad zoologists in the way in which he handles and responds to them. This sense of wonder and levity is somewhat compromised by an abrupt switch to a significantly darker tone and visual palette as the plot unfolds, though once the shock wears off it does manage to quickly find a groove and acquit itself quite nicely within the parameter of the new tone that it has established for itself. It is worth noting that near the very end of the story, the plot does take a bit of a turn for the absurd as it attempts to do the heavy lifting required in order to set up and justify the four additional films that are slated to be part of this new franchise. Throughout the film as a whole the weakest points are consistently those where it is attempting to set up plot points for future films, as in those moments it no longer feels like it is servicing the film that you are currently viewing. These problems, however, do not manage to derail the film as it is able to course correct and stick the landing with a gorgeously rendered and deeply emotional final few sequences that manage to put a neat bow on the package.

There is a lot going on in FANTASTIC BEASTS, sometimes too much. Rowling clearly had a lot that she wanted to say, and as a result the messages tend to become muddled at times. It, for the most part, simply reads as a writer of novels somewhat struggling against the constraints of a film script, making it somewhat unclear as to what the film is about until a decent ways in. While watching the film, there were two primary themes that did stand out though, with the first being the importance of preserving the world we live in and the various wonderful creatures that reside therein, and the second being the importance of being true to who you are and the negative consequences of hiding from or suppressing one’s true self. While Rowling could have arguably done more to foreground these themes, the fact that they are present implies that she still very much has something to say within the confines of this world, and this writer is more than willing to tag along the rest of the way to see what that is.

While it is by no means perfect, I could not help but walk away from FANTASTIC BEASTS AND WHERE TO FIND THEM both satisfied and fairly surprised. If you are a fan of the world in which it is set there is plenty to love and more than enough to make the prospect of four more films at the very least interesting. It may at times come in fits and starts, but during the two hours in which you are in the theater, you might just believe in magic once again, and that is something we are sorely in need of right now.

The Essence of Camp Episode 41: Movie Monsters and Villains Previous
Review: ELLE Next