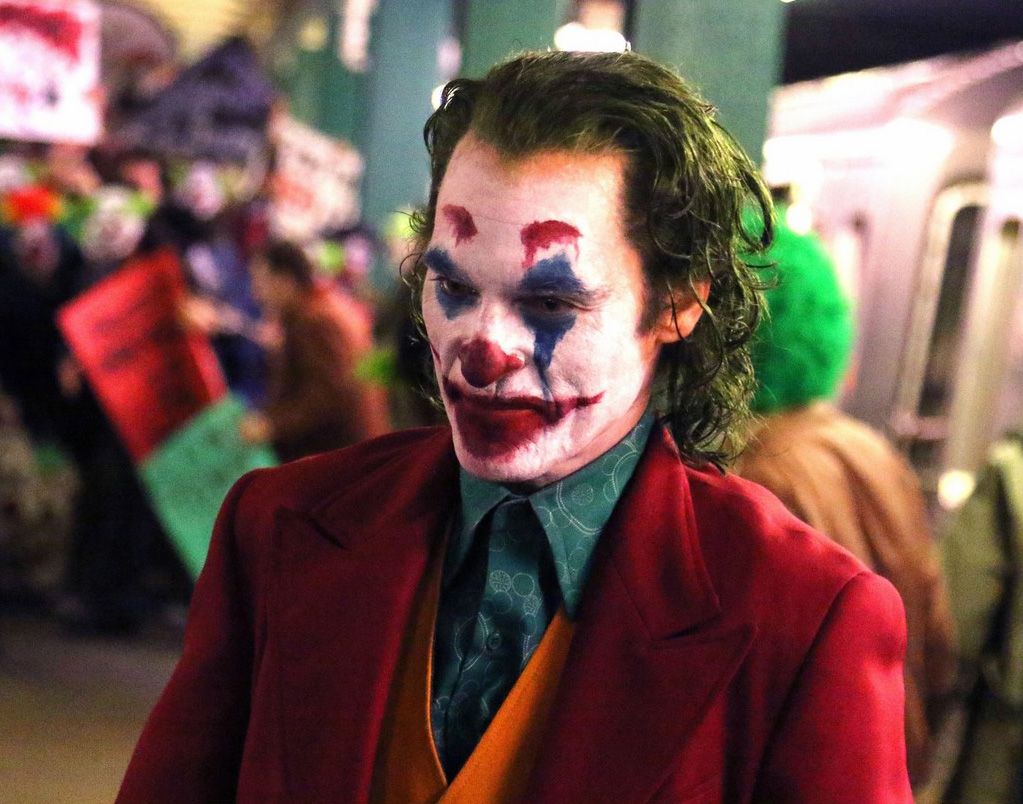 Todd Phillips’ Joker was never going to land without controversy. It’s a story about a killer clown at a time when we all feel besieged by gun violence. It’s a story about a supervillain at a time when we’re desperately in need of a hero. And it’s a story that asks us to examine our own culpability for the hellscape of our present reality when what we really want to do is blame someone else. It’s not an easy film. It’s not a perfect film. But it’s better than it has any right to be and for that it deserves our respect, if nothing else.

It’s important to note up front what Joker is not. It is not an apologia for incel terrorism, or toxic masculinity, or white supremacy. It is not an angry screed against the PC thought police. It is not a try-hard, edgelord celebration of graphic violence, or how being “dark” or “gritty” or “twisted” means that comic books are for big boys, actually.

Joker is also not, contrary to expectations, just a lazy recycling of Taxi Driver and The King of Comedy, slathered in greasepaint. Writer-director Phillips and co-writer Scott Silver certainly take inspiration from those films, incorporating a handful of concepts and visuals from them, but their influence on Joker as a whole has been dramatically overstated. Joker is instead broadly inspired by American life and media during the Carter-Reagan era. It also references the likes of Network and The Shining, the graphic novels of Alan Moore (more on that below), and real-life events like the disaster of mental health deinstitutionalization and the chilling, now-mythical on-air suicides of Christine Chubbuck and R. Bud Dwyer. It’s important to note that this choice of a fictionalized 1980s setting is not arbitrary, or selected just for its surface aesthetics. In setting Joker at another time when society seemed to be falling apart, when people seemed to be getting crueler and more distant from each other, when the media seemed to be consumed with sensationalism, and when the powerful seemed more interested in kicking people who were down than in lifting them up, Phillips and Silver are able to talk about the here and now with at least a little bit of subtlety. We’re spared from having to think about Trump, specifically, and for that we should be grateful.

What Joker ultimately is, is a story about an individual driven to lash out in violence at a society that has failed him. Before he is The Joker, he is Arthur Fleck. Arthur is a pathetic creature. He’s in his 30s and lives in a run-down apartment with his mentally ill mother. He suffers from a condition that causes him to laugh at inappropriate times, which isolates him from pretty much everyone. And like many real-life depressives, Arthur will settle for bringing joy to others in place of ever feeling joy for himself. But the world doesn’t look on Arthur with pity. It looks on him with contempt. He writes in his journal that the worst thing about having a mental illness is that everyone expects you to pretend that you don’t. Arthur is far from being Travis Bickle or Rupert Pupkin. He lacks the narcissism and bitterness of those characters. He doesn’t have delusions of grandeur so much as delusions of normalcy. Arthur desperately wants to be noticed and understood, but not out of a desire for fame or glory. He just doesn’t want to feel so completely alone and unloved in a cold and terrible world. It’s in this way that Arthur’s eventual descent into violence feels spiritually akin to Chubbuck and Dwyer. Except, of course, Arthur doesn’t turn a gun on himself. He turns it on other people.

And this is where Joker’s reach admittedly exceeds its grasp. Sooner or later, Arthur has to disappear and “The Joker” has to take his place, and the transition between the two is not as smooth as it needs to be. The script from Philips and Scott Silver wisely avoids relying too much on Alan Moore’s The Killing Joke and it’s now-tired notion that “one bad day” is all that separates the sane from the insane. Instead, Joker takes inspiration (perhaps) from Moore’s From Hell, in that it expands the culpability for Joker’s crimes beyond the man and onto the entire social order, and V for Vendetta, in that such a broken social order can’t help but create not just one Joker, but many. Arthur turns to violence first out of fear, and only then discovers that with violence comes power, and with power comes the attention he’s so hungry for. And that attention reveals, first to his shock and then to his delight, that he is not as alone as he surmised. Joker is all too correct when it argues that people are liable to ignore you until you stick a gun in their face. But as hard as Joaquin Phoenix works to sell the psychological realism of Arthur’s transformation from wounded bird to dadaist avenger, it doesn’t entirely work. Phoenix and Phillips perhaps make Arthur too sympathetic in the films first half to make his murderous breakdown believable. The world they build is maybe not heightened enough to comfortably accommodate that turn. The instant Arthur commits to the bit, as it were, Joker becomes a different and lesser movie. It goes for a big finish it can’t entirely pull off, but which is at least conceptually bold.

And so I cannot fault Joker too much for falling short, when it is aiming so high. If Joker is not the very best version of this story, it is also far from the very worst. It is incredibly well-made, with gorgeous cinematography, sensitive performances, and set-pieces that don’t glorify violence but take it seriously. But I suppose what everyone really wants to know about Joker is whether it’s, sigh, “woke” enough for our moment, or if its politics are too toxic and edgelord-y to bear. Honestly, even before seeing Joker, I felt that people should have been embarrassed about the way they’ve reacted to just the idea of it. And now, on the other side, I feel even more strongly that a whole lot of people should be ashamed. Joker is telling an ambitious and sprawling story, one that’s courageous enough to touch all kinds of live wires like mental illness, child abuse, class warfare, and the gaslighting of the many by the few. It does this imperfectly, but not without sensitivity. Todd Phillips has rightfully earned some scorn for the manner in which he has reacted to the hysteria surrounding his movie, but it’s only fair to observe that the hysteria is also worthy of scorn. Joker is not a movie about an incel terrorist. It does not direct its ire at vulnerable people in society. Quite the opposite, in fact, because Joker reserves most of its anger for disinterested bureaucrats, Wall Street douchebags, rightwing politicians, abusive parents, and smug, mean-spirited “comedians.” In actual fact, it’s the poor, the sick, and the abused that Joker cares about the most.

Moreover, Joker deserves some praise for being unafraid to rewrite the Batman mythos to suit itself. In recasting the Joker from an abstract symbol into a relatively ordinary person brutalized by a nihilistic society, Joker does not shy away from making Thomas Wayne a billionaire for our time. A rich prick who gets off lecturing poor people about how they deserve their misery. It freely reinterprets Arkham Asylum (now Arkham State Hospital) as little more than a sad place filled with broken people. And, maybe most significantly, it makes the future Batman something of a punchline to an unfunny joke. Blowback borne of blowback. The trend now is to complain about cinematic universes feeling too small, but there’s a poeticism to the way that Joker draws a circular connection between Batman and his arch-enemy.

At a time when blockbuster entertainment is chronically accused of being too big and too safe – when it is accused by Martin Scorsese, of all people, of offering nothing more than a cheap thrill – a movie like Joker deserves our respect. It’s trying something different, and betting that audiences and critics will turn out for a movie that’s less about explosions and gunshots and more about the people responsible for them. If cinema is supposed to be about empathy, then Joker passes that test when so many other films of its kind don’t.