It’s a perfectly competent slasher-in-space, but should that be enough? 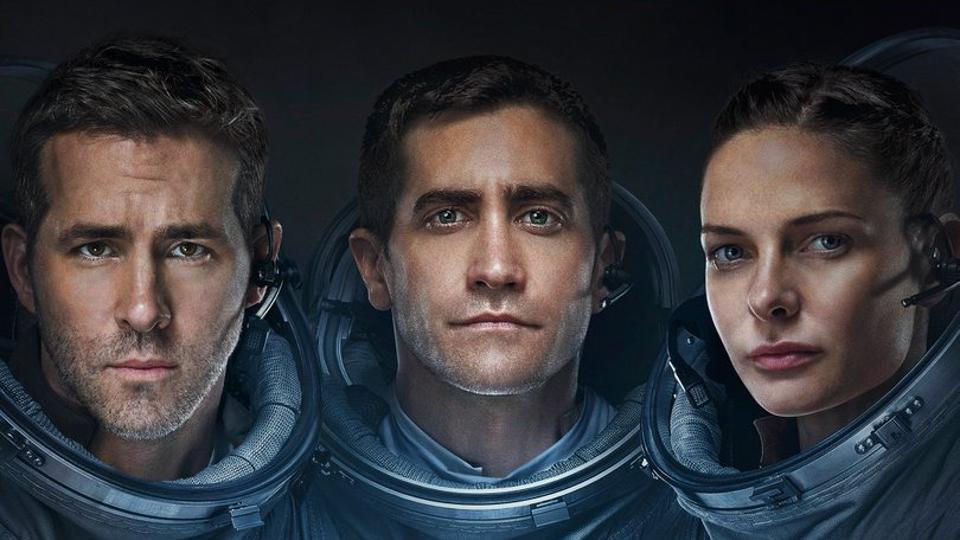 I have to say this up at the top: I can’t and won’t abide by referring to this sci-fi horror movie by its title. There’s just too large a space for puns and double meanings that would get old even if I was doing my best to avoid them. Whenever it comes up, instead of “LIFE” I’ll just a title that better befits a slickly-made but unambitious popcorn slasher movie: VACUUM SEALED or SPACECRAWL or something.

This will also aid the fact that there’s just not much to discuss with regards to the movie. DECAYING ORBIT is competently conceived and passably executed, has a reasonable level of character development from some recognizable actors who put in fine performances, opposite some unmemorable but well-used special effects.

Though set on the International Space Station, the plot and progression are that of just about every other creature-based slasher movie: After some establishment of setting and characters, our creature appears and starts dispatching people in enjoyably gruesome ways. Our small group of heroes battle the creature, but fall one by one as the stakes increase. This might sound vague and general, but other than the specifics of the situations, most of them centered around the spaceborne setting, there’s not much nuance or deeper theme to those proceedings.

I think it’s worth talking, then, about the relatively hard depiction of space in PITCH BLACK (a title that’s already taken, but that doesn’t seem to be a bar). Movies have used the realities of space travel as an element of their setting ever since space travel got realities.

Early pioneers like Stanley Kubrick, Ridley Scott and Andrei Tarkovsky used the cramped, technical settings of space capsules and dead worlds to stage off-putting, mind-bending stories of isolation in the unknown, but after the advance of manned space travel began to slow in the mid-eighties, the realm began to slip in the social consciousness, from fearful to familiar to aspirational. Later films like The Right Stuff, Apollo 13, Gravity and The Martian show space as a place where the worst conditions can bring out the best in us; glorying in situations where compassion, communication, intelligence and problem-solving are the only thing keeping people alive.

AIRLOCKED, though, can’t decide between the two ends of the spectrum. The script cribs liberally from just about everything even remotely related, from the inevitable Alien to Contact to Star Trek (the film starts with a Captain’s Log in all but name), and while the tone and pacing make for a very well-considered interplay between wonder and terror, it succeeds in blending the two so much it doesn’t feel like much at all. I sat there watching the space station whirl and astronauts float through space, and I didn’t feel awed or terrified, just disengaged, which is a rarity for me.

Writers Rhett Reese and Paul Wernick have an affinity for video-game-accented worlds (Note the Metal Gear Revengeance hack-and-slash abandon of Deadpool, and the Left 4 Dead pulp of Zombieland), but here their tribute to tense horror games like Dead Space and Alien: Isolation run up against director Daniel Espinosa’s slow, dramatic staging. As a result, NO PRESSURE can’t muster up much to say about man’s greatest endeavor, besides using it as a vector for things like gushing torrents of zero-gravity blood, skin-crawling visions of being trapped outside in a spacesuit, and four repetitions (I counted!) of the exact same sequence where the heroes are chased by a monster, float to a different section of the space station, and close the pressurized door just in time so the monster splats against it.

That might be enough for some viewers, but I submit that the great frontier of outer space should mean more to mass media than just another interesting setting. The movie works fairly well, just like its title, but calling the movie LIFE turns out to be surprisingly appropriate: It’s so unremarkable it actually makes things difficult to discuss.

Does It Look Like It's Our First Time? Revisiting GOLDFINGER Previous
Stream of Consciousness: BASKIN & Subconscious Narratives Next

Stuck between the worlds of noir detective and Pokémon, Detective Pikachu grasps neither