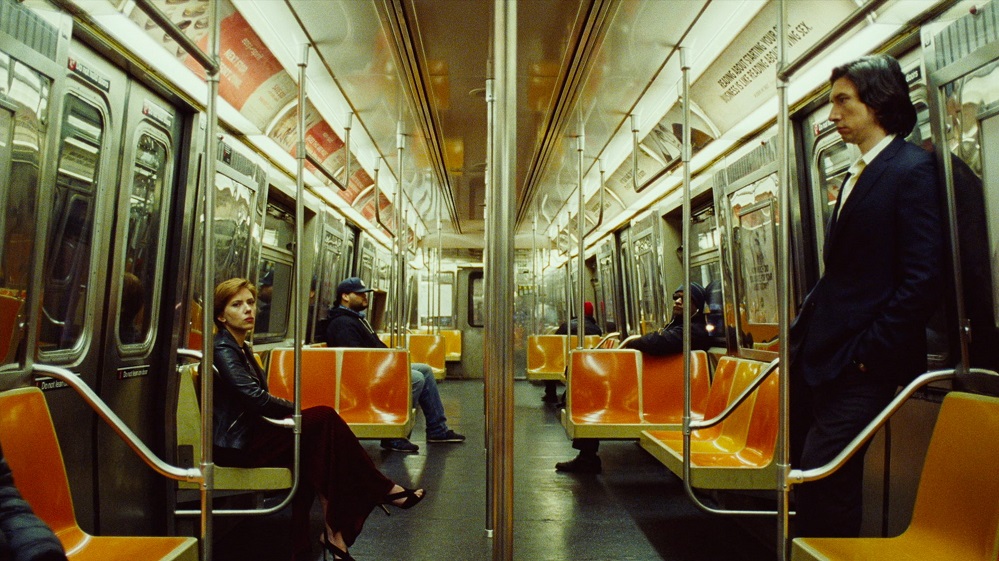 To say that Marriage Story is Noah Baumbach’s masterpiece would be a bit hyperbolic — it’s still The Squid and The Whale — but there’s no doubt that Marriage Story is on par with Baumbach’s 2005 breakout film. Baumbach again returns to the subject of divorce — a specter that haunts his filmography and is the defining thematic material of his artistic voice — but this time from the perspective of a middle aged man who went through one himself as opposed to the young man reflecting on his youth fifteen years ago. Nuanced, complex, hilarious and devastating, Marriage Story is one of the best films of the year.

The film opens with the Barbers (Adam Driver and Scarlett Johansson) describing what they love about each other. We’re given a glimpse into their marital bliss via montage and voice over, showing us their clear admiration for each other, the love they have for their eight year-old son, and the theater company that is built upon their talents. This is all a misdirect, as it turns out it was their first assignment in a mediation session as they try to amicably work through their separation and eventual divorce. Nicole (Johannson) is an actress who wants to move to LA for her newest pilot, while Charlie (Driver) is a stage director with a play about to begin on Broadway. These conflicting career paths cause long-seeded tensions in their relationship to boil over and it leads to the end of their marriage. At first amicable, it gets ugly when lawyers (Laura Dern, Alan Alda, and Ray Liotta) get involved and egos proceed to be wounded.

The performances here are what immediately stand out, as all five actors mentioned steal the show at one moment or another. Driver and Johansson anchor the film with deeply human, riveting performances. They’re believable both as a loving couple as well as emotionally turbulent, antagonistic adversaries. Johannson does most of the emotional heavy lifting, as Nicole is the character who most readily embraces her negative feelings about their marriage. Driver, meanwhile, carries many of Baumbach’s more comedic moments, using his underappreciated strengths as a physical comedic actor and his deep, imposing voice as the centerpiece to Marriage Story’s moments of levity. Both, however, have moments of explosive vitriol and rage, as resentment over the failure of their marriage and the significant toll the divorce is having on them reaches a head.

The divorce doesn’t greatly affect their lawyers, however, who weave in and out of the film as companions, advisors, advocates, and antagonists. Laura Dern is stupendous as Nicole’s attorney, a woman who has personally gone through this and can empathize deeply with an a maltreated wife’s plight, but who will scheme and play dirty for every inch she can take. Liotta is much less personable, preferring to win at all costs and is unafraid to burn down everything in his path to do so. Alda stands out among the brood of vipers, playing an old hand who just wants everyone to be happy and genuinely wants what’s best for not only his client, but for everyone involved —he’s genuinely warm and caring where the other two are either cold or have an air of inauthenticity.

It’s also one of the most gorgeous films of the year, an absolute visual treat to watch. Baumbach’s camera lingers on his actors, employing long takes where characters monologue and weave in and out of the frame. It never resorts to lazy shot/reverse shot direction, instead finding clever ways to stage and block his scenes. This particularly comes to play with the multiple ways he shoots the the centerpiece courtroom scene, framing each of the characters in different ways to emphasize their headspace and feelings of power or powerlessness.

Likewise, Baumbach’s screenplay is complex and is constantly shifting the audience’s expectations. Each scene provides some new insight into the characters and their perspectives. The film cleverly tries to get you to “pick a side,” only to pull the rug out from under you with a new revelation. Nicole and Charlie are fallible people, and their divorce isn’t just one or two instances of selfishness, but a decade or so’s buildup of missteps and failures to communicate.

Marriage is the hardest thing in the world to navigate; every day involves working through not only your own issues, but those of your partner as well. This push-and-pull drives the characters in Marriage Story, with neither Nicole nor Charlie dealing with their emotional scars and their personal hang ups. Baumbach lets these characters be flawed and his writing is raw, but evenhanded. Neither character is a villain, nor are they a hero. This isn’t a film that “takes sides,” but instead has empathy for everyone involved, warts and all.

Marriage Story’s biggest asset is its balance. It’s a serious film, but it’s blend of turmoil and mirth are perfectly attuned to not tip the scales too far in either direction. Baumbach allows his film to be messy, which in turn makes it the best possible depiction of relationships. All people are dysfunctional, so it’s only natural that marriage would be too. So maybe, by choosing to title a film about divorce  “Marriage Story,” Baumbach is giving us an honest, authentic look into the institution. Sometimes failure really is the greatest teacher.