A harbinger of things to come. 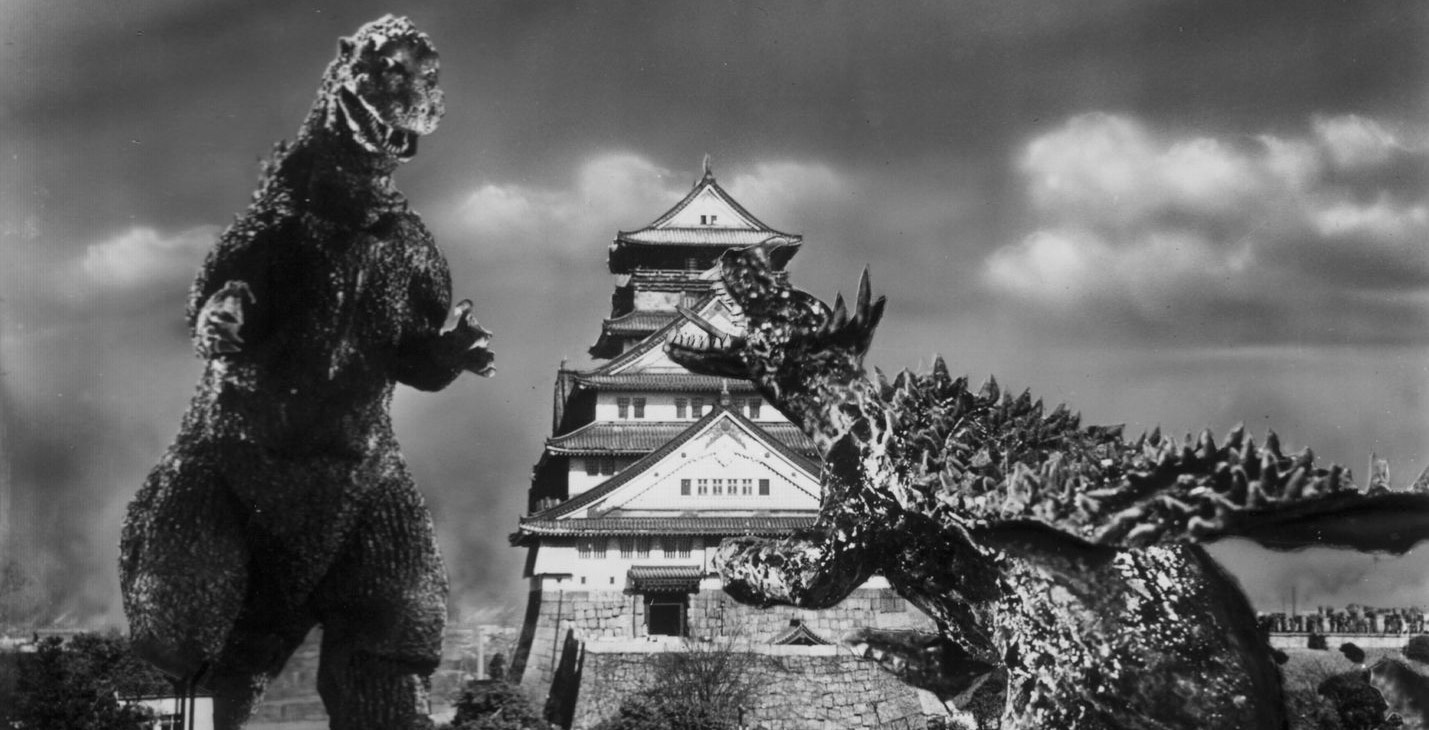 Godzilla Raids Again, or Gigantis the Fire Monster as it was titled in the US due to rights issues, is the movie that set the tone for this franchise going forward. There’s no political message, no deep meaning, just two monsters duking it out in a plot that makes just enough sense. This is where Godzilla becomes a B-movie franchise, both fun and vapid.

In this film we are not only introduced to a whole new Godzilla, awakened by the same hydrogen bomb as the first, but we also meet Anguirus, a giant ankylosaurus with a carnivore edge. The two monsters are discovered when a plane malfunction brings two pilots, Tsukioka (Hiroshi Koizumi) and Kobayashi (Minoru Chiaki), to the island where the beasts have awakened. After the men send word to Japan, a meeting is held with prominent scientists including an archaeologist who witnessed the first Godzilla’s attack to discuss the imminent arrival of these monsters. There we learn from an old Polish archaeology book that both Anguirus and Godzilla were rivals millions of years ago, and this rivalry has been resurrected. Also discussed is the best way to stop the monsters from destroying Japan, seeing as how the Oxygen Destroyer from the first film no longer exists as its creator sacrificed himself killing the first Godzilla.

Knowing they can’t kill them, they decide instead to lure the monsters away with lights while blacking out the city of Tokyo. This works at first, until a group of Japanese prisoners decide to use the blackout to escape, somehow causing an explosion in the process, which catches Godzilla’s attention and leads him back to Tokyo.

This brings us to the first time we ever see Godzilla come face to face with another monster in Tokyo, destroying iconic landmarks and just brutalizing each other. Kudos to the filmmakers and their team for creating a strong fight sequence in a film released in 1956; a fight that is still impressive even by today’s standards. Unfortunately it doesn’t last very long, with Godzilla easily defeating Anguirus, forcing the country to deal with a solo Godzilla all over again.

Godzilla Raids Again is strange in that it’s a direct sequel but sometimes feels like a loose remake. I mentioned Tsukioka and Kobayashi, who are technically the main characters, but the film seems to forget about them almost immediately. There’s a love story for Tsukioka and there’s some camaraderie between the two men but it feels half-assed. It’s as if the creators where most interested in showing the monsters, which would be fine if it were compelling. The problem is that the moments we get with Godzilla and Anguirus are great but short-lived, and thus we’re stuck with problems that would plague the franchise:  interesting ideas, half realized characters and plot points that are forced.

It’s a fun film when it wants to be, it’s just a shame it’s not one for most of the time. Still, it introduces us to what the films would soon become: sometimes fun, sometimes boring, sometimes lacking any substance whatsoever. And sometimes really weird, yet strangely compelling if you give them the chance. Godzilla Raids Again is at best a lazy Sunday movie, but sometimes that’s all you need.