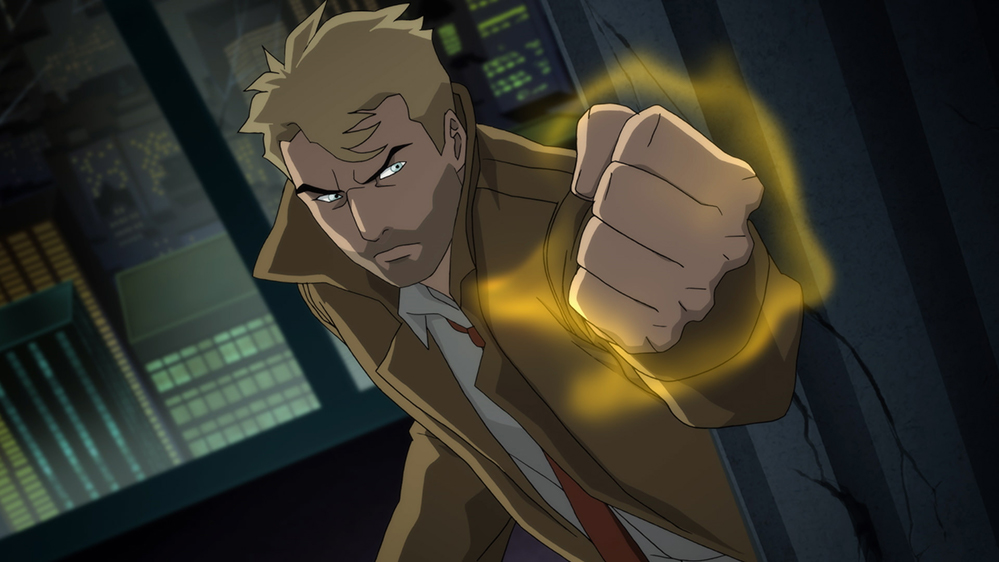 Most adaptations of DC Comics exorcist John Constantine have been a mixed bag. The 2005 film is entertaining and full of style, but the character played by Keanu Reeves is John Constantine in name only. The NBC show had its potential squandered on a generic procedural format. And in the animated feature Justice League Dark, John Constantine had to unnecessarily share the spotlight with Batman.

This troubled history made Constantine: City of Demons such a pleasant surprise to discover. Especially when considering the rocky track record DC animated works have had in the last six years.

Despite its issues, the NBC show deserves credit for casting Matt Ryan as John Constantine, who fits the role to perfection. Fortunately, Ryan stuck with the character even after the show’s cancelation, to the point where his performance has become an iconic landmark for Constantine’s history.

In Constantine: City of Demons, Ryan gets the chance to flesh out the character more than ever before. Loyal to its comic book source material, we see a Constantine who has learned to cope with the horrors of his life thanks to a sarcastic sense of humor. But whenever things deserve emotional solemnity, he’s not afraid to to reveal himself as a man broken by trauma, and who doesn’t quite know what to do when he witnesses other people’s suffering. He has his heart in the right place, but his arrogance and recklessness often make things worse than they already were.

Accompanying Constantine is Chas Chandler, his best friend. Chas’ straightforwardness is an effective complement to Constantine’s cynicism. Chas has a family, which gives him a hope about life that Constantine lost a while ago. The back and forth between these two characters makes for entertaining conflicts and buddy chemistry.

Constantine’s personality also gets to shine because of the fact that he’s an Englishman visiting Los Angeles, where he’s disoriented by the cultural differences. The city turns out to be a perfect playground for a supernatural setting. Its movement and chaos serve to cover a secret war for the souls of the dead, which are basically treated as a twisted form of currency.

One of my favorite aspects of this portrayal of Los Angeles is how it plays with its Pre-Hispanic and Colonial heritage. At some point in the story, Constantine faces off against Mictlantecuhtli, the Aztec god of the Underworld. Mictlantecuhtli’s power has been weakened due to people in the modern world no longer believing in him, making for a brief, but intriguing exploration on the power of faith. Despite the fear he inspires, Mictlantecuhtli is also a tragic figure, since he went from an important deity in the Americas’ mythology to a ghost erased by the atrocities in the Spanish colonial era.

Keeping up with the theme of portraying history as spiritual entities, Los Angeles itself is represented by The Queen of Angels. She’s the guardian of the city, who has shaped its current form with both its cultural qualities, as well as its injustices. She wants the best for Los Angeles, but she’s also willing to go to some dark and questionable places to keep it safe.

Being a tale about diabolic topics, Constantine: City of Demons is naturally dark and occasionally gruesome. The possibilities given by animation make its world feel alive, since the story indulges in weirdness that would have a harder time working in live action. The main villain is a demon named Beroul, who is sadistic and cruel, but also kind of goofy. This tonal combo makes him fun to watch without sacrificing the sense that he’s a menace for Constantine.

The thematic core of the story relies on redemption. Constantine is on a path to make up for the misdeeds of his past. But the nature of his work forces him to make painful sacrifices that will never allow him the privilege of full closure. Constantine succeeds thanks to his mastery of sorcery, and it’s the same skillset which amplifies his own traumas. But by the end, Constantine embraces the worst parts of his life rather than fighting them. A bittersweet conclusion where Los Angeles is a safer place thanks to Constantine’s actions, but his own journey has become more lonely and poignant.

As a lifelong fan of DC Comics, and as someone who has always been interested in everything related to the occult, I found Constantine: City of Demons to be a breath of fresh air. Its success relies on its proper balance between horror elements, heart and a flair for the bizarre.