Off The Beaten Path: LAKE PLACID

“Crocodiles have been more worshipped than Jesus.” 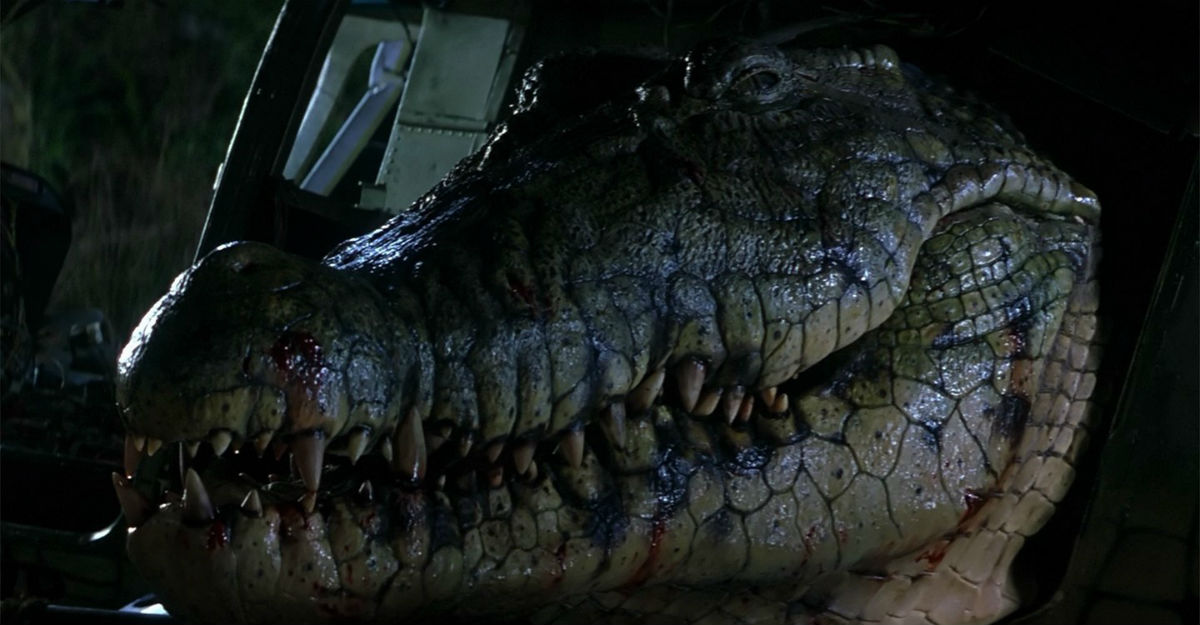 When Lake Placid came out back in 1999, most critics dismissed it as just another piece of stupid schlock, and it was a box office disappointment. But twenty years later, in a time when animal attack movies are having a bit of a comeback, it’s an appropriate occasion to take a look at the merits of this often overlooked crocodile romp.

The premise is as straightforward as it gets. A giant crocodile starts killing people in Maine, and a motley crew of archetypes is sent to stop the threat. However, a cast of respectable character actors working with David E. Kelley’s zappy writing elevate Lake Placid to an idiosyncratic ride that has more pleasures going for it than classic monster action.

As sadistic as it sounds, a film of this nature lives or dies with how satisfying its deaths are. From the get-go, Lake Placid leaves abundantly clear that craziness is not in short supply. It has the type of over-the-top monster attacks that are mean-spirited enough to shock, but not the point where it leaves you too unsettled. We’re dealing with a live action cartoon here. It has that twisted sense of fun that’s rare to see these days.

An issue I often have with modern monster films (especially the ones with bigger budgets) is how the humans in them are underwritten plot vessels that basically just exist to dump exposition. They’re so dull that they make you think, “When is the next kill going to happen?” What’s wonderful about Lake Placid is that, even though the characters are not exactly super deep and nuanced, they’re entertaining and I genuinely like spending 82 minutes with them. Everyone is in on the joke and they’re having a blast with that. Bill Pullman and Bridget Fonda play the conventionally attractive protagonists with obligatory sexual tension. Said tension is extremely forced, but that’s the idea. Pullman and Fonda make their dynamic more awkward than sexy or romantic, and it’s endlessly watchable because of it. Oliver Platt pulls off a tricky balancing act in playing an overconfident jerk, but not being annoying, and Brendan Gleeson has his moments as a down-on-his-luck Sheriff. But arguably, the MVP of this enterprise is Betty White as a wacky widow that formed a friendship of sorts with the giant crocodile, who she feeds with live cows that are blinded so they don’t panic at their fate. Not only does White deliver Kelley’s goofy dialog like a champion, her character serves as the heart of the film in the sense that, as weird as she seems, she’s the voice of reason who points out that the other characters are arrogant dolts for wanting to kill a crocodile just for doing what a crocodile does. This empathy towards the central beast is what makes Lake Placid so unique and endearing.

These days, David E. Kelley may be known mostly for Emmy-winning stories about the horrors and layers of domestic abuse, which makes it all the more impressive when you look back at the time when he wrote a B movie with lines like “If I had a dick, this is where I’d tell you to suck it!” or “Crocodiles have been more worshiped than Jesus”. Kelley’s wit sings effortlessly, makes his cast shine and keeps you laughing throughout the film’s runtime. This shapes Lake Placid’s personality and turns a fairly generic plot into a legitimately solid comedy. Not to mention scenarios like a cow hanging from a helicopter or a bear getting eaten by the crocodile.

It’s worth shedding light on the impressive craftsmanship that went into making the animatronic crocodile. Although Lake Placid’s production values look generally cheap (which to be fair, is exactly the point), the croc itself holds up spectacularly well, with swift organic movements and facial expressions that perfectly blend in with the actors and environment. Despite the irreverent tone the film goes for, the crocodile manages to have an imposing screen presence that sells danger and pain.

Lake Placid was a formative experience for me, because it molded my love for the killer beast genre, which despite working with relatively simple settings, requires a special magic to actually work. And in the current cinematic industry, where it’s getting increasingly rare to see this type of film receiving budgets bigger than $20 million, R ratings and renowned ensemble casts, I appreciate it even more.

Review: GOOD BOYS Previous
YouTube and the Future of History Next