Off The Beaten Path: THE DIRT

Not quite the same old situation 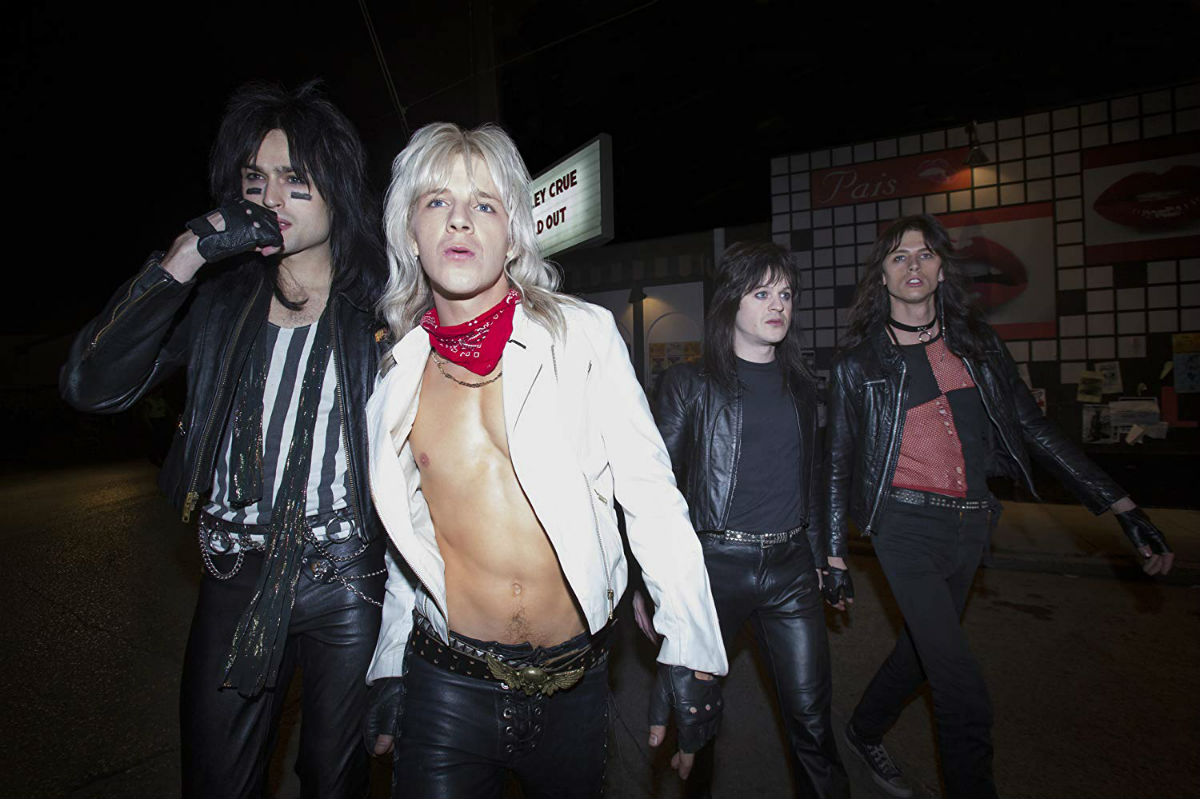 It’s fair to say that no other cinematic genre is as tired as the music biopic. The rise to fame, the inevitable downfall (more often than not, because of substance abuse), mommy/daddy issues and the eureka moment where the protagonist comes up with one of their most popular hits; we’ve seen that formula ad nauseam, and at this point, it’s nothing more than a lazy attempt to win lots of awards and showcase a leading actor who’s doing more of a glorified SNL impression than an actual fleshed-out performance.

When Netflix released the trailer for Mötley Crüe biopic The Dirt, I couldn’t help but chuckle at the sheer absurdity of the idea. But at the same time, I was intrigued, since Motley Crue is not exactly the most obvious subject matter for a movie; because I doubt anyone out there seriously considers them one of the all-time greats. Even when I was a teen (the perfect age to dig that type of music) I thought their schtick was patently ridiculous. Another point of interest is the involvement of Jeff Tremaine as a director, since he’s mostly known for his work in Jackass.

Tremaine’s sensibilities were exactly what was needed to make a Mötley Crüe biopic work. Make no mistake, from a structural standpoint, The Dirt is not very different from the countless music biopics in the last three decades. Pretty much every beat you expect is there. But there’s a fundamental factor that makes this film stand out from the rest. It doesn’t put its subject on a golden pedestal. This film is absolutely aware that Mötley Crüe didn’t make the best music, and that the lifestyle they had and celebrated was an incredibly reckless one. That they became a phenomenon because the eighties were a decade that idealized what Mötley Crüe stood for, i.e., destroying everything in your path for the sake of a rockin’ good time. Considering how hagiographic movies centered on musicians are, this is a surprisingly fresh approach, and not only makes The Dirt entertaining, but a genuinely compelling observation of the zeitgeist at the time.

Tremaine uses the experience with silly dudebros risking their lives he acquired in his Jackass work to add color and dark comedy to the proceedings. The members of Mötley Crüe are the protagonists, but Tremaine knows when to keep a distance from them to highlight the error in their ways. When it’s necessary, he gives perspective to other characters to show their disgust and lack of comfort when they’re witnessing the band do things like urinating in a hotel pool or getting to a public area completely naked.

For all its attachment to formula, The Dirt manages to find proper balance when it comes to giving each member of the band enough individual conflict, backstory and a unique personality that adds something special  to their story. Nikki Sixx is the closest there is to the brain of the operation, essentially leading its artistic direction and coordinating most of the logistics. The abusive relationship he had with his mother is fairly generic, but at least it has a couple of beats where Tremaine amps up the weirdness and provides effective enough drama. Sixx’s standout moment is, of course, when he’s clinically dead for a few minutes and revives. Tremaine plays that scene for laughs and it works like gangbusters, showing a Sixx who’s baffled and relieved by going through such a surreal experience. Tommy Lee is portrayed as a typical airheaded suburban teen who just wants to enjoy the heat of the moment, which ultimately leads him to some regrettable decisions. He’s so goofy that he becomes kind of endearing. Vince Neil is the core of the tension, since his personal troubles pave the way for the ones inside the band. Especially his vehicular manslaughter incident. Last, but certainly not least, is Mick Mars, embodied by a perfectly cast Iwan Rheon. Mars is the oldest member, so he has a maturity and life-weariness that the others don’t. Even though he’s often the voice of reason amidst the chaos, he goes along with the ride because his dreams haven’t really turned out for the best, so he feels like he has nothing left to lose with a bunch of naive youngsters eager to take the world by storm. The fact that Rheon plays Mars with a dry cynicism and sense of humor contributes to The Dirt’s critical look at Mötley Crüe  and the culture that enabled them.

And yet, for all the indictment towards the band’s behavior, the movie doesn’t sacrifice taking an empathetic look at their members. The Dirt comes from a place of gained life perspective and disappointment on oneself. These are people looking back at their youth and thinking “We were stupid and careless, but you know what? We made it, and we’re just thankful to be alive.” It feels like an emotional exorcism for the band, who in the end of the day, formed an enduring bond in making cheesy songs about adolescent passions.

Much to my surprise, The Dirt’s sheer honesty towards its subject matter made it into one of my favorite films of 2019. Turns out, taking a band that’s easy to frame as the butt of the joke and portraying it in an amusing, but dramatically satisfying fashion is workable under the right circumstances. Now I’m patiently hoping for Jeff Tremaine to take on a Limp Bizkit biopic.

The First Trailer for A BEAUTIFUL DAY IN THE NEIGHBORHOOD... Previous
Review: ONCE UPON A TIME… IN HOLLYWOOD Next