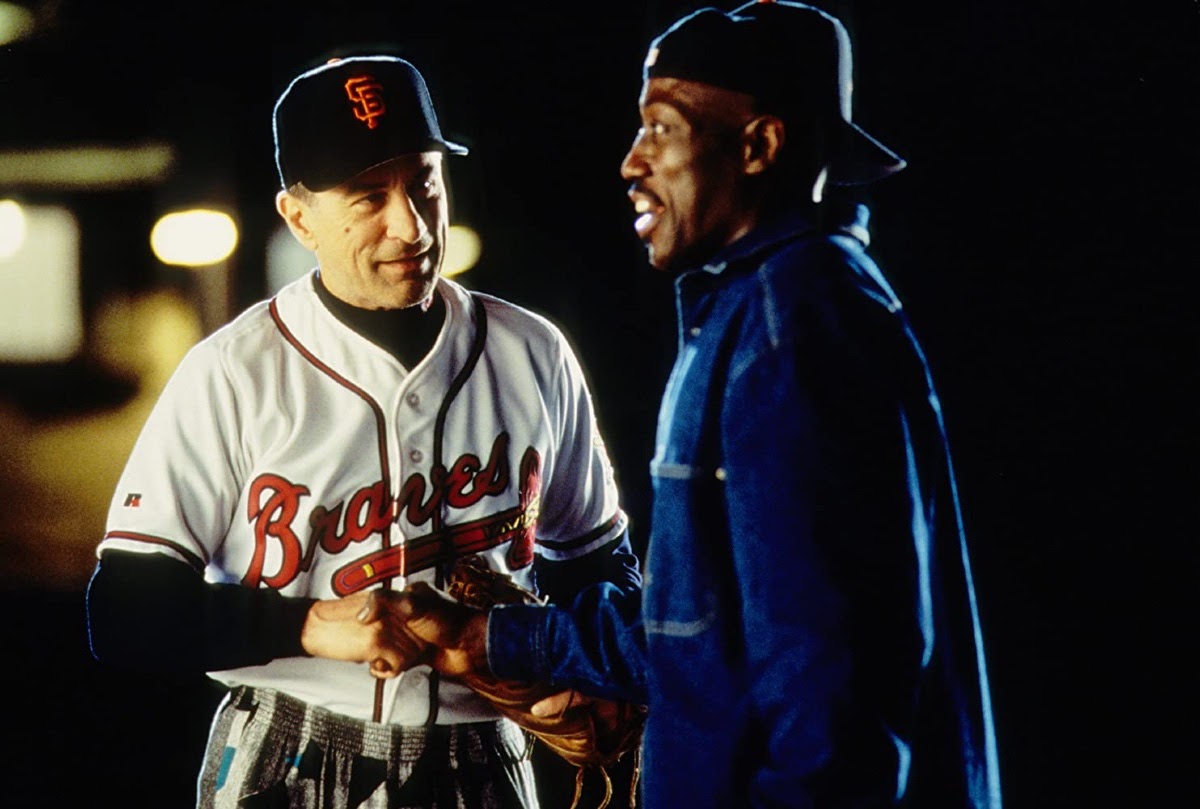 The neverending avalanche of bad news and personal stress we go through in our everyday lives creates the necessity for distraction. As such, entertainment plays a fundamental role to keep our emotional wellbeing afloat. With The Fan, Tony Scott explored how far people can go in the relationship they have with the things that give them fun.

The film follows Gil Renard (Robert De Niro): a knife salesman who hates his job and and can barely have a bond with his son after his divorce, so the only place where he can find pleasure is in baseball. His excitement for the sport not only comes from the thrill in the matches, but from the nostalgia of simpler times, when he was a kid with the world for the taking and not a middle aged man with a boring life where everyone despises him. From the very beginning, it’s clear that Gil is far from a sympathetic figure despite his relatable blue collar status, since he’s an abusive and negligent creep who’s unable to treat anyone with decency. But you can perfectly understand where he’s coming from. He only cares about baseball because it’s the only relationship where he can’t get criticized, nor suffer the consequences of his actions.

As a thematic parallel for Gil, we get a look at the perspective of baseball superstar Bobby Rayburn (Wesley Snipes), who has joined Gil’s favorite team after a highly publicized $40 million deal. Bobby’s relationship with baseball is exactly the opposite of Gil’s, since it’s the major source of conflict in his life. The money, the hype and the stakes for his team break him to the point of affecting his ability to play, and subsequently, his public reputation.

In Bobby, Gil sees a new outlet to devote his attention away from his toxic relationships. He also thinks of Bobby as a friend after a brief telephone interaction, even though Bobby barely gives that moment any consideration. For this dynamic to work, Tony Scott understands the importance of giving both of these men a balanced weight in the story. From Gil’s point of view, we only see Bobby as a larger-than-life idol who was shaped from preconceived ideas and massive success. When the film spends time with Bobby, we know that he’s afraid of his image being tainted by his mistakes and a public that takes down its heroes as quickly as it glorifies them. Not to mention that Bobby is being outshined by new sensation Juan Primo (Benicio del Toro), who is leading their team to a newfound streak of wins after Rayburn started losing his edge in the field. This jealousy unleashes Bobby’s worst impulses, like xenophobia and ego-driven quests to validate his stardom (i.e., his insistence of wearing the number 11 on his uniform).

As the film moves on, Gil’s devotion for Bobby crosses the line into stalking, while Bobby stops caring so much about his reputation, improving his batting average and quality of life. When these inverse arcs collide, Gil eventually comes to think of Bobby as a human being instead of an idol, but he can’t cope with the realization that Bobby came to look down on baseball fans because of how aggressive they are towards the players when things go south.

On top of a rich thematic core in the development of its characters, The Fan owes a lot of its dramatic effectiveness to Scott’s energetic and stylish direction, which guarantees there’s never a dull moment. His frenetic editing generates a constant sense of urgency and works as a reflection of Gil’s volatile temperament. And of course, credit goes to the excellent performances from Robert De Niro and Wesley Snipes. De Niro succeeds at the tricky endeavor of portraying a character you’re interested in watching despite being loathsome. Meanwhile, Snipes subverts his effortlessly cool screen persona to deliver a grounded turn where vulnerability and pathos are always at the center. As a result, when Bobby becomes the victim of Gil’s attacks, connecting to his suffering is easy and hard-hitting.

Watching the way Gil plans to penetrate and destroy Bobby’s life out of an overblown sense of self-entitlement is incredibly striking. Especially in a post-Gamergate world, where the technology of the modern world has facilitated the ways in which fans approach entertainers, for both better and for worse. Gil’s descent into crime and hatred serve as a cautionary tale for the dangers of letting fandom consume all of your identity and life. And Bobby learning to prioritize what matters in his life after a traumatic experience (Gil’s murder of Juan Primo) reminds us to not inflate the importance of matters that have little to no consequence in the world. As time goes by, The Fan’s themes have helped me to question the emotional devotion I put into the things I’m enthusiastic about. Entertainment is not just escapism. It can help us to understand the world, as well as ourselves, better. Developing strong personal bonds with it is logical, especially when it resembles our lives in some capacity. But we must not to get to the point where the shaky periods and failures in the things we like are taken as personal attacks and betrayals. Same goes for the criticisms from other people. The only things that causes are unnecessary rage and depression, so the most prudent course of action is to take our entertainment outlets for what they should be: spectacles to be enjoyed and dissected; not cult-like entities that determine our mental health.