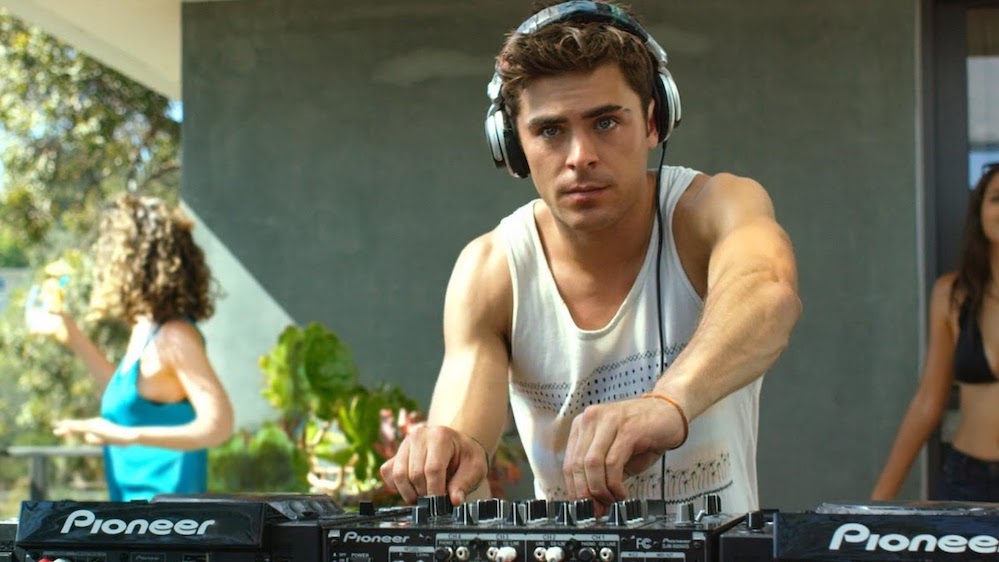 California has a long cinematic history as a land of spectacle and glamour. Where people go to if they want to build a career in the arts or just get a kick out of being famous. We Are Your Friends showcases the Golden State with a focus on millennial anxieties.

Zac Efron plays Cole, an aspiring DJ navigating through the EDM scene to kickstart his career. One of Efron’s biggest assets as an actor is his unabashed sincerity, as well as his ability to mix innocence and fun. For a role like Cole to work, we need a charismatic screen presence to carry us through the heartbreak the character experiences, and Efron is more than equipped for the job; because he conveys youthful disappointment and romantic illusion with ease. Efron also sells Cole’s intelligence when he reads social situations and plans his music lineup according to his extensive knowledge in EDM and human behavior.

The places Cole visits are energetic and fun to witness. They’re shot and edited with the rush and flash of the EDM that drives the plot and themes of the film, making you understand why they attract ambitious newcomers and successful stars. However, when Cole stays in these locations, we take a look at their shady parts, like drugs, violence and reckless sexual activity. People get so carried away by the heat of the moment that their limits become blurry. The social dynamics in these clubs and parties serve as a parallel to Cole’s path, where you need to go through a lot of toxicity if you want to get to the top. Cole enters these places with enthusiasm, but exits them with all his energy drained and in an awkward position.

Show business is stacked with aspiring talent, but short in actual opportunities to transform said talent into a lifelong career. This is why one of the film’s smartest choices is to zero in on Cole’s less exciting life when he’s not networking nor playing music. While he tries to break out, he makes ends meet as a real estate agent, where he finds a fair share of success despite the monotony of the job. One would expect those scenes to be more boring in comparison to the ones where EDM is at the center, but they’re still directed with the same easygoing flow and urgency. An important part of why the real estate scenes work is because of Jon Bernthal’s performance as Cole’s boss Paige: a ruthless executive looking for any opportunity to make a profit, regardless of the people it affects in the process. Bernthal has “business savvy” written all over him, and his intimidating personality is an efficient foil for Efron’s earnestness.

We Are Your Friends is all about Cole’s journey to stardom, but it takes enough time to flesh out valuable supporting players to compliment the story. Wes Bentley plays James, a veteran DJ who helps Cole to find his own voice, as well as a bigger platform. Throughout the film, James goes back and forth between being a friendly mentor figure and a jerk who sees people as tools to validate himself in some way. Thanks to Bentley’s range in the role, we appreciate that James became that way because he took his success for granted and allowed himself to get carried away by the excesses of party life. He used to be a determined dreamer like Cole, but eventually became wasted, cynical and disappointed by the fact that the world moved on without him.

Then we have Emily Ratajkowski as James’ assistant and girlfriend Sophie, who people often dismiss as someone coasting on her conventionally attractive looks. As we dig deeper, we learn that despite the apparently glamorous lifestyle she has, Sophie lost her way and is unsure about what to do. And still, she makes the best out of her situation by having a good time whenever she has the chance. It may not solve her problems, but at least she’s being happy at the moment. She bonds with Cole because they’re both millennials going through uncertain lives and waiting for the brief, but thrilling moments where everything comes together; like a concert where you expose your feelings in front of a massive demanding audience, or a passionate night in Las Vegas.

The film takes the audience on a tour of the warm California beauty, only to hit us in the face and remind us that this fancy way of life comes with a price. If you want the fun, the romance and the glitz, you’re going to have to go through large stretches of boredom, financial turbulence, and even self destruction if you let things hit rock bottom. Cole makes good money in real estate, but it’s because Paige uses him in his predatory schemes. He falls in love with Sophie, only to be met by James’ possessive rage. His path to success often comes at the expense of emotional stability.

What makes We Are Your Friends so effective is that it’s sympathetic, honest and specific when it comes to portraying that period when you realize that life is nowhere near as steady as you imagine in your early adult years. It reminds us that it’s okay to not have things figured out. To take time to experiment in order to pick ourselves back together and find the right path. Just don’t lose sight of what matters and let everything spiral out of control. And just as importantly, always take the opportunities to have some fun in this long messy process.

Review: LET HIM GO Previous
Review: THE LAST VERMEER Next