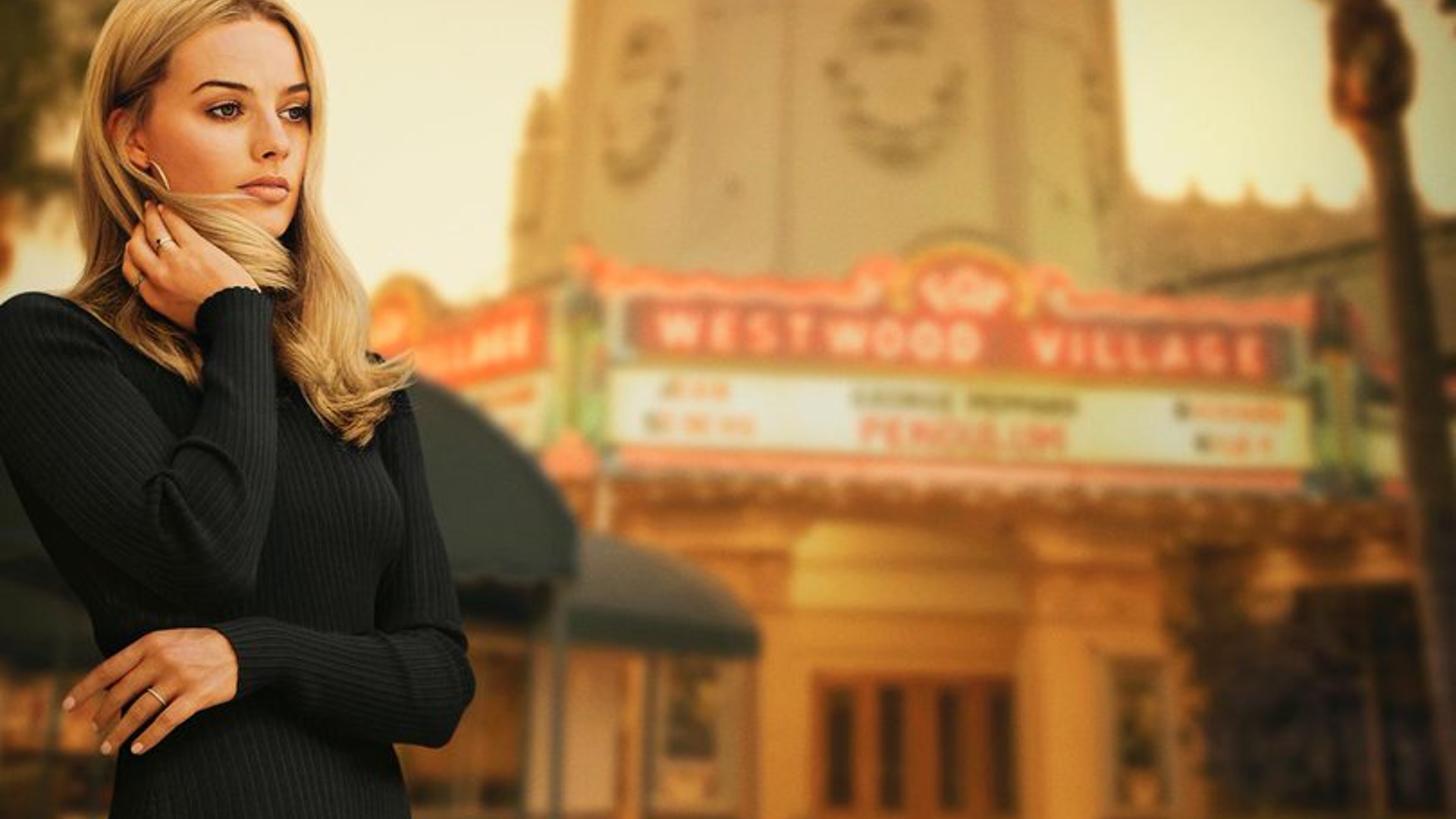 Quentin Tarantino wants you to remember.  He needs you to remember.  Perhaps more than any other working director, Quentin Tarantino is preoccupied by the past and what it means.  The unkind interpretation of Tarantino’s films is that they are little more than clever, quirky pastiche—a haphazard collage of grindhouse pictures, spaghetti westerns, martial arts epics, and old network TV shows—a distillation of influences rather than a transcendence of them.  But I’m not so sure that Tarantino would consider that an insult at all. His quoting and requoting of these old works, many of them low brow and obscure, are partly an effort to keep a sputtering flame alight. He cannot hold the memory of all these things inside his head forever, or else he risks the possibility that they die along with him.  His films are in that way an act of cultural preservation. They insist that we remember our cultural past with more nuance and complexity than our haughty and pretentious cultural gatekeepers and tastemakers would probably prefer. I imagine that, in the final balance, Tarantino wouldn’t be too bitter if he was remembered as just an exceptionally talented archivist.

But, of course, he’s so much more than that.  Look to his most recent films and you’ll see that Tarantino’s preoccupation with the past has grown far beyond a desire to merely remember the shape and feel of it—the music, the movies, the personalities, the sights and sounds that gave it life.  Look to Inglourious Basterds, Django Unchained, and The Hateful Eight, and you’ll find Tarantino is recently preoccupied with the substance of the past—it’s weight and import.  These films are haunted by the mistakes and original sins of America that some would prefer to be forgotten or, at least, sanitized for modern comfort.  The stain of slavery, the stifling oppression of racist and sexist bigotry, the arrogance and violence of post-war America’s self-mythologizing—Tarantino needs us to remember these things too, because there’s a danger in forgetting.

But whereas Inglourious Basterds, Django Unchained, and The Hateful Eight were sweeping re-conceptualizations of our past, set in fictionalized times and places, and populated with fictional people, his new film, Once Upon a Time… in Hollywood, is a meditation on a real moment in time and the real people who lived it.  Well, sort of. The year is 1969 and the place is Hollywood. It’s an unusual time in America, a dramatic turning point between the shiny idealism and optimism of the New Frontier 1960s and the cloudy cynicism and despair of the 1970s.  That single year saw the moon landing and Chappaquiddick; Hello Dolly and Easy Rider; Nixon’s inauguration; the Summer of Love; and finally, yes, the murder of Sharon Tate.  People no doubt sensed at the time that they were standing on the edge of a knife tipping toward great change.  It’s just that nobody knew whose knife and what change until it was too late. Charles Manson was a fake hippy who exploited the openness and generosity of the counterculture to get power and influence.  His disingenuous schtick was good enough to get him into the same room as The Beach Boys and Universal Studios, but not good enough to keep him there. So when it looked like the door had been closed in his face, he and his deranged followers forced their way past another door—Sharon Tate’s and Roman Polanski’s.  They killed Tate and, with her, the dream of the 1960s. Quentin Tarantino was just six years old when it happened, but the Tate murder obviously left as profound and lasting a mark on his psyche as it did on Hollywood’s. Once Upon a Time… in Hollywood is Tarantino’s attempt to marshal his encyclopedic knowledge of film and history to give that memory all the shape, feel, and weight that he can, so that we don’t forget.

Tate appears in Once Upon a Time… in Hollywood, appropriately, as a symbol of all that was lost on the morning of August 9, 1969.  She is less a character than, as Tarantino himself has described, an “angelic presence,” a “ghost on earth.”  What she embodies in Tarantino’s memory, and in our memories, is so elemental that Tate, the real person, admittedly can’t be found in the movie.  But that’s by design. And the same goes for every other real life character who wanders onto the screen in Once Upon a Time… in Hollywood.  Roman Polanski, Steve McQueen, Bruce Lee, Sam Wanamaker—they’re representatives of something bigger than their actual selves.  They’re all symbols of a changing Hollywood and a changing America. They are not, in that sense, characters. They’re merely guideposts on Quentin Tarantino’s map of Hollywood in 1969, a shorthand to help us understand where we are and why.

Our actual tour guides through the past are classic Quentin Tarantino characters—characters with a capital C, “characters defined by their characteristics,” as Roger Ebert once put it.  The first is Rick Dalton (Leonardo DiCaprio), a fading action star of TV and film who is anxious about whether there’s a place for him in the New Hollywood that people like Tate and Polanski—his next-door neighbors, it so happens—are ushering in.  If not, his last refuge will be second tier spaghetti westerns about to shoot in Rome. The other is Cliff Booth (Brad Pitt), Rick’s longtime stuntman, assistant, chauffeur, and friend. Cliff, who is disliked and distrusted so much that he can’t worm his way onto Rick’s jobs anymore, has less to lose if Old Hollywood dies, and so the sense of change in the air doesn’t threaten to send him into a tailspin the way it does for Rick.  Once Upon a Time… in Hollywood follows Rick as he navigates this new reality on Hollywood sets, and Cliff as he confronts it on the streets of Los Angeles in the form of Manson’s hitchhiking followers and, in particular, the strangely alluring Pussycat (Margaret Qualley).  Rick and Tate, and Cliff and Manson, are predictably set on a collision course. What happens when they meet will happen through Rick’s and Cliff’s eyes—the eyes of two men standing on the edge of a knife, wondering if they’re about to fall off and, if so, which way they’ll fall.  And why.

But perhaps the biggest question hanging over Once Upon a Time… in Hollywood is whether Quentin Tarantino will tell the story straight, or alter history the way he did in Inglourious Basterds.  Either choice has profound implications.  Sitting as it does at the cross-roads of Tarantino’s every obsession—Bruce Lee and Hal Needham; Gunsmoke! and Django; New Hollywood and Old—Once Upon a Time… in Hollywood is something of an Urtext for the man and his work, and the revelation of what happens to Sharon Tate is something of a key to unlocking it all.  You cannot see Once Upon a Time… in Hollywood and not reappraise what it means that Pulp Fiction delights in the iconography of pre-Manson Hollywood, or that Kill Bill features another Hollywood blonde with Bruce Lee moves (a pregnant one, no less)—but one who refuses to stay in the grave.  It subtly changes how we look at Daisy Domergue in The Hateful Eight, who Tarantino once described as “a Manson girl out West.”  And it prompts us to wonder if Tarantino is not completely serious about leaving Hollywood before Hollywood can leave him.

But regardless of whether Tarantino changes history in Once Upon a Time… in Hollywood, he cannot change memory.  And, aye, there’s the rub. When Tarantino changed the history of World War II for Inglourious Basterds, it served a dual purpose: it gave modern audiences a rousing and cathartic exorcism for the Nazi evil that stubbornly lives on, long after the real Adolph Hitler blew his own cowardly brains out; it also subtly indicted us for our own bloodlust, our need to resurrect such an inhuman monster just so that we can kill him again.  No matter what he does in Once Upon a Time… in Hollywood, though, Quentin Tarantino cannot resurrect Sharon Tate.  Not really. She’s just a ghost. At best, he can only decide whether she lives or dies again within the false memory he’s constructed.  What he chooses is ultimately less important than what you think about the choice. Because this is what Quentin Tarantino, cultural historian, wants us to think about when we leave Once Upon a Time… in Hollywood–what Sharon Tate’s life and death should mean to us in the here and now, when the Hollywood of 1969 has begun to slip out of living memory and into history and legend.  And when, indeed, we find ourselves in another cultural moment where we feel like we’re standing on the edge of a knife, unsure of which way we’ll fall.

Wonder, then, what choice you would make if you could choose how things end, and why.  Because although Sharon Tate’s destiny is sealed, our’s isn’t. Once Upon a Time… in Hollywood is a mirror in that way. What you see when you look through it at yourself and your choices, that’s up to you.  For me, I saw regret. I saw disappointment. I saw a love letter to a person and a time and a place that is lost now and cannot ever be found.

Except, inevitably, at the movies.