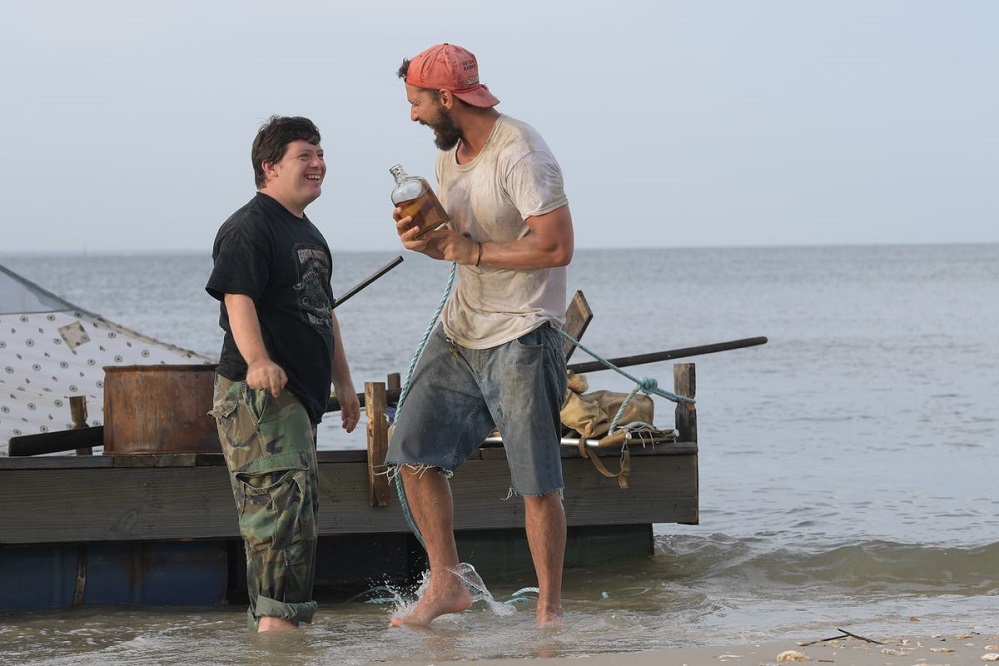 Representation matters. Not because it’s “politically correct”1 or because audiences need to be pandered to. No, representation matters in film because it leads to better storytelling and more varied, inspired art. The Peanut Butter Falcon is a perfect example. It’s a great film that’s biggest strength is its leading man, newcomer Zack Gottsagen, an actor with Down syndrome.

Gottsagen plays Zak, a lonely young man who is forced to live in an old folks home due to his disability and a family that has abandoned him. He dreams of one day meeting his idol, a wrestler named the Saltwater Redneck (Thomas Hayden Church, always a delight), and attending his wrestling school in Florida. He escapes the home with some help from his elderly roommate (Bruce Dern in a delightful bit part) and winds up on the boat of Tyler (Shia LaBeouf), a down-on-his-luck fisherman with no license and a dark past. The pair decide to stick together and work their way down to Florida while on the run from Zak’s social worker (Dakota Johnson in a relatively thankless role) and some rival fishermen (led by John Hawkes) who are seeking revenge for equipment that Tyler destroyed and crabs he had stolen.

On paper, The Peanut Butter Falcon is a fairly predictable, quirky indie drama that, if done wrong, could be painfully mawkish. In practice, however, the film is a sweet testament to friendship and found family, but not without challenging its rough-around-the-edges characters. The plotting isn’t anything to write home about, but the film’s not that interested in it either. Instead, it’s all about the characters and the growth of their relationships on their journey.

The film rests its entire fate on the chemistry between Gottsagen and LaBeouf, and it winds up being the best decision the filmmakers made. The Peanut Butter Falcon comes to life when the plot takes a backseat to the two leads hanging out and growing together, and the two actors make hay of this material. LaBeouf has always been a talented actor, and this is a real showcase for his abilities as a complex character. He’s warm, gentle and playful without losing his characters edge. The guilt his character carries informs so much of the character, and LaBeouf’s performance is as charming as it is moving.

But the real star here is Gottsagen as the titular Peanut Butter Falcon: Zak. Gottsagen has been working on his acting craft since he was three years old, and he might be the discovery of the decade as an actor. So often actors with disabilities get passed over in favor of abled performers who receive accolades for their braveness, which is why it’s so refreshing to see a man with Down syndrome like Gottsagen not only in a role like this, but him being so good that it crushes the whole abled-playing-disabled trope hopefully for good. He’s the film’s not-so-secret weapon, bringing immense pathos, humor, and wit to a role that so easily could have been the butt of tasteless jokes or cloyingly maudlin. The Peanut Butter Falcon inherently has a difficult balancing act in making Zak work, and Gottsagen is the key to the film’s success. I can’t think of another recent film that asks more of its leading actor, and Gottsagen delivers.

Comparisons to classics explicitly made by an artist are often a tricky tightrope to walk. More often than not, they’re just ego stroking by their respective creators, i.e. Todd Phillips likening Joker to Scorsese classics or Edward Norton pumping up Motherless Brooklyn as a new Chinatown. Sometimes they’re fitting, and in the case of The Peanut Butter Falcon, the Twain comparisons are apt. There’s a real sense of place and adventure, and the everglades-swampy setting informs so much of the film’s style. The resemblance to Twain might seem like it’s merely skin-deep, but it truly does capture that feeling of misfit adventure with aplomb.

The Peanut Butter Falcon is a film that is seemingly impossible not to enjoy. There’s a joy to be found in its narrative simplicity and it’s lack of pretense. It manages to be loving without being mushy and there’s a bittersweet quality that underlies the film that keeps the film in balance. This is one of the best films of the year so far, perfectly crafted to put a smile on your face.

Review: ANGEL HAS FALLEN Previous
The LADY AND THE TRAMP Trailer is Weird, but Mostly Charming Next