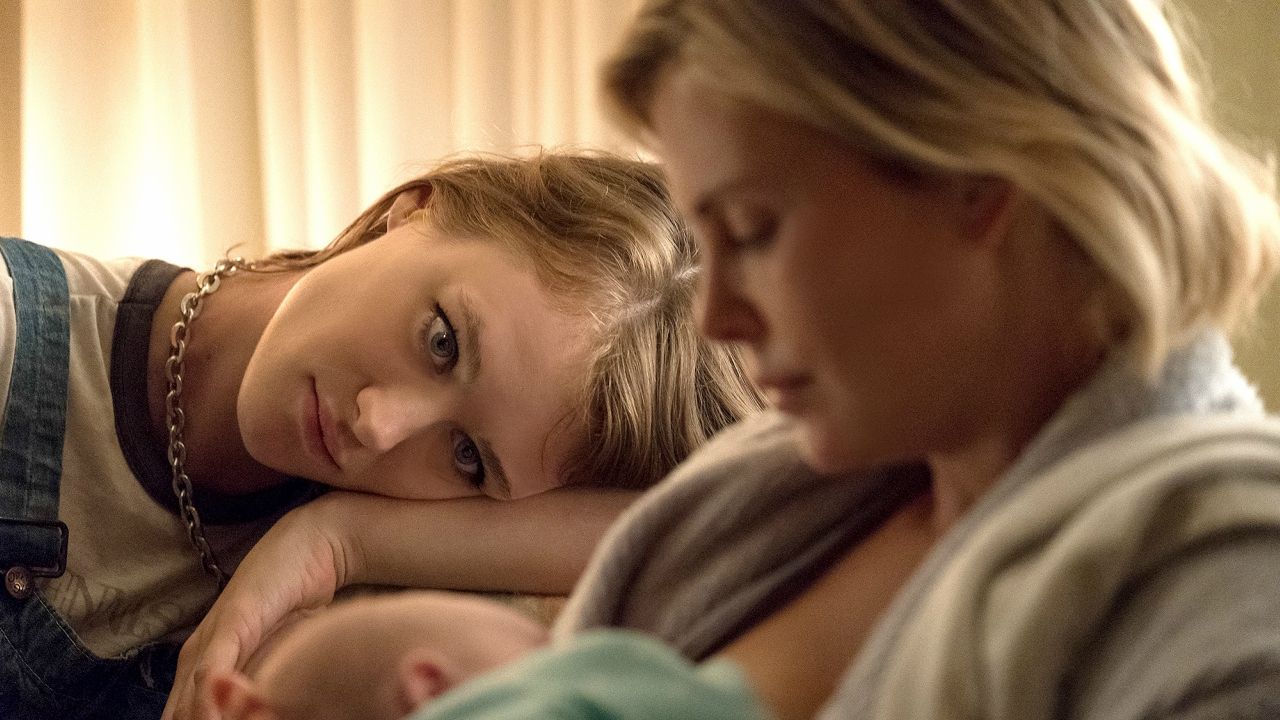 Tully, the third collaboration between director Jason Reitman and writer Diablo Cody, is a strange beast.  It works in the middle ground between Juno’s optimistic view of overcoming adversity and Young Adult’s cynical portrayal of suspended adolescence — it is a grounded portrayal of the struggles of motherhood, particularly that of a newborn in addition to raising a child on the spectrum while also serving as a fantasy about growing old and the loss of youth.

Yes, I said “fantasy” — Tully might appear to be just another Reitman/Cody film about the challenges of womanhood, and broadly that would be correct, but it is also a film that is of a piece with Cody’s less appreciated and critically maligned Jennifer’s Body.  Tully sees Cody return to a heightened reality that, while anchored by real world struggles, is just as fantastical as one filled with vampires and demons.  The world Tully depicts might be our own, but the film allows for things a bit more wondrous than initially meets the eye.

Charlize Theron plays Marlo, the aforementioned mother of three children with a husband who works 12 hour days and is constantly on business trips.  Marlo works in HR, but studied literature and had dreams that reached beyond doing payroll and benefits paperwork. She struggles with her husband’s absenteeism, her son’s needs, and the neverending crying of a newborn baby.  Enter Mackenzie Davis as the titular Tully, a wide-eyed and cheerful “night nanny” hired by Marlo’s brother to care for the newborn at night so Marlo can rest. Marlo begins feeling rejuvenated by this new arrangement and founds a strong friendship with Tully as the two women bond over their shared interests and discussions about youth, old age, sexuality, and how to find happiness in the midst of chaos.

All of which works like gangbusters.  It’s a perfect setup for Reitman and Cody to do what they’ve done so well in the past.  The first two thirds of the film that focus in on Marlo and Tully’s relationship and Marlo’s challenges as a parent are funny, incisive, empathetic, and a joy to watch.  Theron and Davis have incredible chemistry together — you believe that these two women who have never met could become instant friends. Cody’s script is full of the zingers and setup-punchline witticisms you would expect, but all brimming with compassion for her characters.

The problems don’t come until the film’s climax, which turns the film on its head and tries to both keep the film grounded while also stretching reality to its breaking point.  I won’t spoil it, but the film contorts itself around a character reveal that makes the elegantly established thematics of the film and hammers them home with a complete lack of grace.  Marlo’s seemingly random dreams of mermaids early in the film become a key to future events, but it never feels more than half-baked. Cody is clearly attempting to recontextualize masculine thriller tropes into a female-centric drama film, but it just falls flat in execution.  Reitman never shifts his direction with the script, leaving the third act turn to feel tonally jarring. The finale never meshes with the rest of the film and it sinks the film’s attempt at a poignant ending.

It’s a sad miscalculation, because everything about the film’s first two acts are truly delightful and sharp.  The writing is poppy and funny, the performances are lovely and lively, particularly Mackenzie Davis whose effortless charisma blends wonderfully against Theron’s unparalleled ability to play exasperated and put upon.  It’s just disappointing that the film doesn’t fully congeal, but what is good is just as great as the previous Reitman/Cody films even if it doesn’t stick the landing.

2001: A SPACE ODYSSEY, Alien Gods, and Me Previous
There Was an Idea... Captain America & The War Within Next