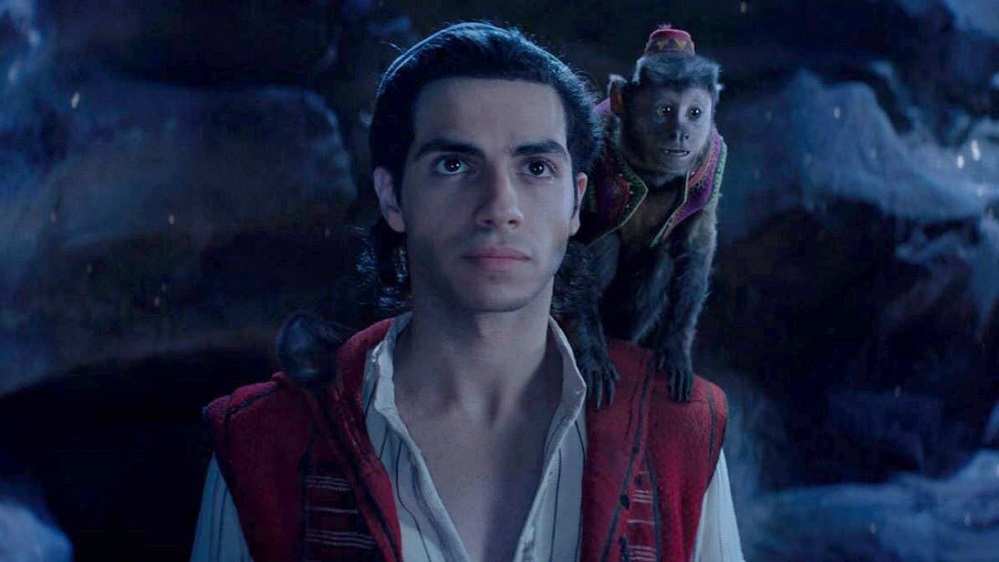 I’ll be the first to side-eye Disney’s newfound nostalgia goldmine they’re calling “live-action remakes.” Beauty and the Beast was a tepid and uninspired attempt at reviving a cherished classic. The Jungle Book was a tech demo masquerading as a movie, much like Avatar with less gravitas.1 I haven’t been able to see Dumbo yet due to being a baby-induced homebody, but by all accounts it was more of the same. The only ones really worthwhile are Cinderella and Pete’s Dragon, both of which actually looked for a unique take on the material they were working with and were helmed by legitimately great filmmakers at the top of their craft in Kenneth Branagh and David Lowery.2

Which leads to the curious case of Guy Ritchie being given the keys to the remake of 1992’s Aladdin. Bill Condon had a history of writing and directing both box office smashes (his two Twilight films) and musicals (Chicago, Dreamgirls), so him being given the reigns to Beauty and the Beast made perfect sense. Similarly, Jon Favreau had proven himself as a solid journeyman who could make the most of blockbuster effects and had a working relationship with Disney (Zathura, Iron Man) so him becoming their go-to live-action remake craftsman is understandable. But Ritchie is maybe the most British director who ever lived and is at his best when making stylish, sprawling crime comedies, so what the hell is he doing making a semi-Bollywood-inspired remake of Aladdin3 that is a full blown musical? Who on earth thought that was a good idea?

Whoever it was, they’re kind of a genius. Aladdin is pretty good as far as these remakes go, buoyed by Ritchie’s deft direction and three lead performances that knock it out of the park.

The story remains the same as it was 26 years ago. Aladdin, a “street rat” thief-with-a-heart-of-gold, struggles to get by living an impoverished life in the city of Agrabah. He meets a princess and immediately falls in love, but knows he’ll never be able to be with her due to his station in life… at least not without some magical help. He is kidnapped by the Dick Cheney of Agrabah, Jafar, and finds a lamp that holds a Genie who grants him three wishes. Aladdin uses this immense power to become a prince, but struggles to stay grounded while courting princess Jasmine. The princess, in the film’s one major deviation from the animated film, is more interested in politics than marriage, seeking to become the first female Sultan of the kingdom and leading an internal power struggle against Jafar’s nefarious influence.

If you’ve seen the animated film, it would seem impossible for Will Smith’s Genie to live up to Robin Williams’ performance. It’s one of the all-time great voice acting roles and it set a template of rapid-fire comedic delivery and pop-culture references that dozens of animated movies have followed, and often failed to replicate, ever since. Smith absolutely does the role justice, however, utilizing the affability, comedy chops, and charisma that made him the world’s biggest movie star. Smith hasn’t been this good in years. His character’s big showcase song, “Friend Like Me,” is easily the film’s best sequence, and Smith absolutely crushes every scene he’s in. I missed silly, funny Will Smith and, ironically, Aladdin gave him the opportunity to turn back the clock to the 90s and he’s having a blast doing just that.

Similarly, the two leads, Mena Massoud and Naomi Scott, are simply wonderful. Scott in particular dominates every scene she’s in, revealing herself to be a real movie-star in the making. It’s an eye popping turn, as her Jasmine is radiant, fierce, and loving and Scott puts everything into the character. Her musical numbers where she is allowed to just let loose and belt out the songs we know (and one we don’t that isn’t very good, but she does her best to make it work) and love are captivating. Massoud is similarly excellent, particularly when bouncing off of Scott and Smith. He’s not as spotlight stealing as the other two actors, but he more than holds his own, particularly when given the chance to charm the audience through song and dance.

The one real bum note in Aladdin sadly is Marwan Kenzari’s Jafar, who never really works on screen. Kenzari’s performance is consistent, but unfortunately he never conveys enough menace to truly buy in to his villainy. His voice is too soft spoken and gentle, but the film still portrays him as if he is the obvious, frightening villain from the original film. He never comes across as threatening, more as a middle manager who wants to get a promotion but whose voice gets drowned out in a department meeting.

Which is really the only massive misstep Ritchie’s film makes. There’s some broad comedy beats that don’t land — particularly Billy Magnussen’s Prince Anders, a Scandinavian caricature so insultingly dull and cheap that you wonder if you should be offended or embarrassed — but that’s a minor complaint particularly for a film aimed at children. Ritchie’s direction really shines when the film reaches its musical numbers, which was frankly a surprise. I didn’t think he had “blend traditional american musical and Bollywood musical stylings” in him, but he does an incredible job. The scenes, again “Friend Like Me” being a standout and a the dance sequence around the middle of the film, are top notch and Ritchie, the performers, and choreographer Leah Hill deserve a ton of credit for making it all work.

As I said at the beginning of this review, I was extremely skeptical of Aladdin going in. I assumed it was just another example of our Disney Entertainment Overlords trying to milk a few more dollars out of a nostalgia-craving generation, that Ritchie would be a bad fit and that Will Smith got this role at least a decade too late. But by the end of the film I was onboard, finding myself enjoying each musical number and being won over by the magnetic cast. Aladdin might not be as good as the animated version, but it’s one of the better Disney “live-action remakes” and is enjoyable from start to finish.

BARRY Season 2, Episode 4: What?! Previous
Fleet Week: THE GUARDIAN Next