A lean, decently choreographed actioneer going for the Dad Movie of the Year Award 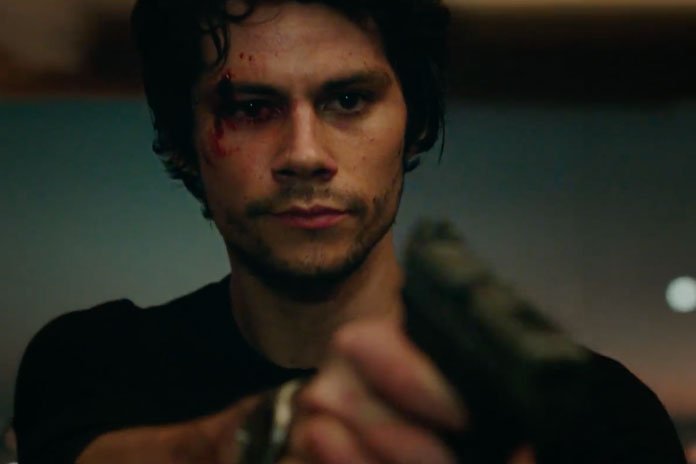 Michael Cuesta’s American Assassin is a basic, but briskly paced (and sometimes well-toned), action movie about how America’s own worst enemies are often monsters of its own creation. It’s no accident that our Special Forces-lean hero (Dylan O’Brien) and villain (Taylor Kitsch) look almost exactly alike. They are reflections of one another. One, an operative whose trauma and rage is used like a tool by the government to execute it’s orders, the other, a discarded veteran who was left to die when he failed to follow those same orders. Nothing really separates the two men and their desire for vengeance other than the targets OF that vengeance.

This is all semiotic territory that the movie doesn’t exactly dive deep into, but it’s always there, simmering. An Iranian general snidely points out to the CIA after 15 pounds of weapons-grade plutonium goes missing that maybe the US should stay out of dealing with weapons of mass destruction in the Middle East, since the last time resulted in the deaths of over 500,000 Iraqis. The CIA sits there and doesn’t respond. What can they say? The movie, though, never offers a solution to the problem of America perpetuating the creation of it’s own enemies, other than that it should take on the responsibility to kill those same enemies, creating an endless cycle of violence.

Other than a handful of plot contrivances and the lack of follow-through on the aforementioned thematic details, American Assassin is a remarkably solid for your typical post-9/11 American Power Fantasy. It never gets bogged down with endless exposition or set-up. The movie moves along from Mitch Rapp (O’Brien) losing his fiance during a terrorist attack, to his training, to his recruitment, to the main plot, all crisply and efficiently. Describing the plot in greater detail feels unnecessary, as any passing familiarity with the beats of a Tom Clancy novel will let you know what’s going on.

The film features some pretty good action set pieces, most often in its one-on-one fights, like when O’Brien is tussling with Scott Adkins during training, or raiding the apartment of an arms dealer. It’s nice to see the continued fallout from the success of The Raid and John Wick leading to practical and actor-driven stunt work. It helps when you have the likes of Adkins (always a welcome sight in an action flick) beating the crap out of people, not to mention Michael Keaton showing up to take his turn as the grizzled badass character that Liam Neeson forged the way for with Taken.  Between this and Spider-Man: Homecoming, it’s clear Keaton had some pent up amoral bad guy parts in him.

For an action movie fan, there are worse ways to spend an afternoon than with American Assassin. And, if anything, it has a scene where Michael Keaton is having his fingernails pulled, where he screams at his torturer “I’ve got nine more, motherfucker!”. And that makes it all worth it.

A garish monstrosity...and we're not talking about the elephant