A Martin Scorsese wannabe with no bite 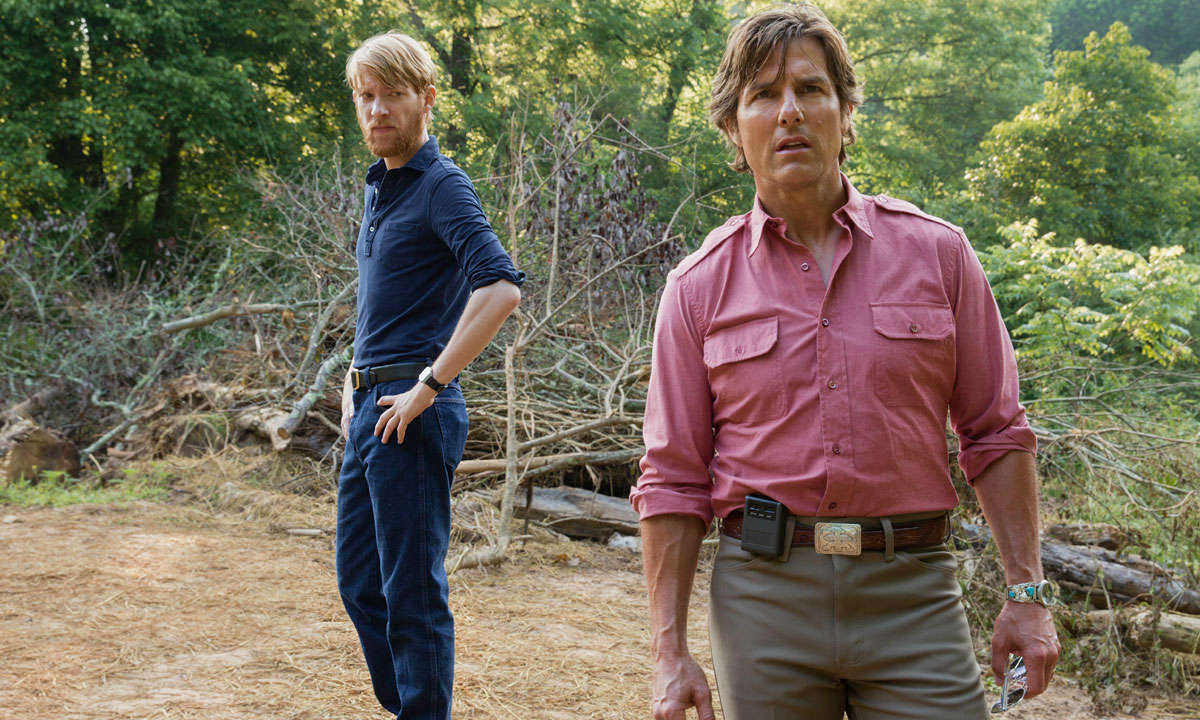 If we’ve learned something over the last three decades of blockbuster history is to never doubt Tom Cruise. Always an incredibly committed actor, he knows no bounds when it comes to entertaining people. American Made is no exception to that admirable ethos. It includes some elements associated with a traditional Cruise vehicle, like the presence of daredevil scenarios and laid-back pretensions. It’s particularly in the latter where things get a bit sloppy.

Cruise plays the notorious commercial pilot turned smuggler Barry Seal.  Seal is recruited by the CIA to fly reconnaissance and work as a go-between for gun deliveries to the Panamanian dictatorship of Manuel Noriega.  He eventually begins running drugs for the Medellin cartel in Colombia and guns for the Contras in Nicaragua when things start getting out of control.

Cruise’s performance, in these particular circumstances, is a double-edged sword. He’s endlessly likable and magnetic as we’ve come to expect, but it’s not the type of performance this movie needed. Seal was not only a real life person, but a rather dodgy one, and Cruise’s overwhelming Hollywood star aura never makes you feel like he’s losing himself into the role. To be fair, that’s not Cruise’s fault. American Made is a film that’s more interested in placing its leading actor in “extreme” and “quirky” situations than in exploring Seal’s impact on the political landscape during the Reagan era and what made him tick. The other noteworthy performance comes from Domhnall Gleeson in a quite amusing character actor turn as the sleazy CIA operative Monty Schafer.

This is the first time Cruise reunites with director Doug Liman after the excellent Edge of Tomorrow, which makes the pedestrian craftsmanship all the more disappointing. This is Liman’s attempt to make a Martin Scorsese movie, i.e., a saga about the ascension of a charismatic criminal mastermind who narrates his shenanigans to the audience in a way that’s arrogant, but not to the point where he becomes downright insufferable. Liman frames Seal’s life like it was inherently cool, and that begs the question: why would that be the case? After all, we’re talking about a man behind some pretty questionable events, so it comes across as tone-deaf.

As for the writing, the movie suffers from the most common problem among biopics: narrating the protagonist’s journey with the same episodic structure as a Wikipedia page. It’s crazy how the story about a man who dealt with drug cartels and guerrilla fighters for a living feels so matter of fact and uneventful. At no point do we get the impression that Seal is in any real danger until the very end, and most importantly, we never have a compelling case for why we should care about him other than the fact that he’s played by Tom “freaking” Cruise. Sure, he has a family to support, but his wife and children are more obligatory checkmarks on a plot outline than actual characters, so it’s a hollow point. Even the moments of tension are shrugged off like they’re just pesky inconveniences.

Tom Cruise’s screen presence can only take you so far, and American Made coasts on it too much, taking for granted that it will make up for a surface-level portrayal without anything relevant to say, or at the very least, anything to keep the viewers at the edge of their seats.

Off The Beaten Path: A DOG YEAR

A lovely little meditation about the highs and lows of life with a dog.