The Movie INTERSTELLAR Wanted To Be 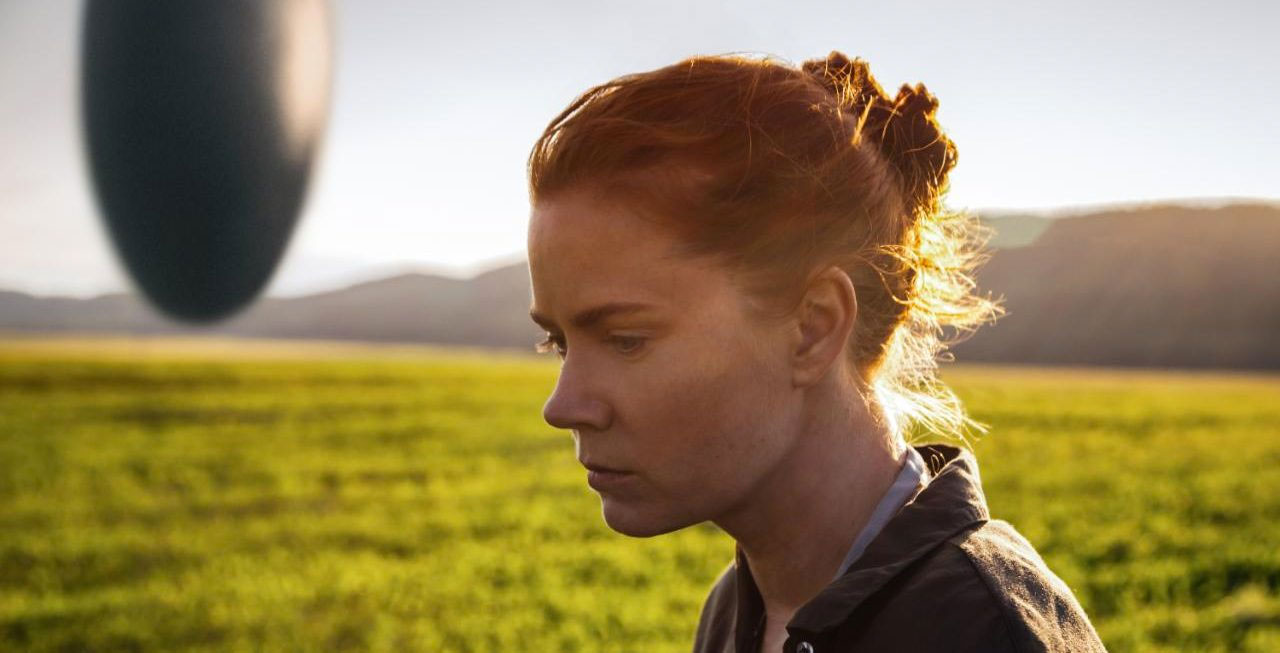 Last year, Guillermo Del Toro’s Crimson Peak opened with a voiceover, informing us that this was not a ghost story, but rather a story with ghosts in it, establishing the expectations for the film to come. Denis Villeneuve’s Arrival begins in a similar way. While it isn’t quite as explicit, the film’s opening voiceover keys us onto one important fact: Arrival isn’t a movie about first contact with an alien, it’s a movie with an alien first contact in it. It’s also one of the most powerful and affecting film’s I’ve seen all year. I cried like a baby is what I’m saying.

Amy Adams plays Dr. Louise Banks, a linguist professor suffering from the loss of her child to a rare, unnamed disease. Louise lives a lonely, secluded life seemingly without family and friends. While her house has a massive and beautiful floor to ceiling window looking out over a lake, this huge open frame is always empty and devoid of any life. This is how Louise lives her life: behind a protected wall of glass, safe from any real contact. She observes the world around her, but chooses not to interact with it. That is, until they arrive. Without warning, twelve identical spaceships appear all over Earth. Louise is recruited by Army Colonel Weber (Forest Whitaker) to use her highly touted language skills to find a way to translate and communicate with the aliens. She’s joined by Physicist Ian Donnelly (Jeremy Renner). The two are tasked with unlocking the secrets of these aliens. Priority one: Who are they? What do they want? What is their purpose on Earth?

These questions do technically get answered over the course of the film, but they’re not really the most important ones. It’s hard not to compare the movie to 2014’s Interstellar, a film that also used the backdrop of science fiction to explore one singular character and one singular theme. But where Interstellar over-explained its thesis ad nauseum, having characters plainly (and boringly) state and discuss it, Arrival employs an important tool commonly referred to as subtext.

The film is much more interested in dealing with the human side of the equation of first contact. While it has a planet-wide scope, it is actually deceptively small. It is a film about communication and how language influences how we think and see the world. And it is about Louise Banks, her grief, and the choices she makes.

Director Denis Villeneuve (Prisoners, Sicario) has had a lot of success in his recent films with a certain shock factor and a through line of almost overwhelming suspense. In this, Arrival is a slightly different animal from his previous works. While Villeneuve expertly builds to some incredible moments of intensity, this is a much quieter movie. The twists and turns of the plot come surprisingly, but not bombastically. The film grips you, sure, but then guides you along towards its eventual heartbreakingly wonderful conclusion. Much of this can be credited to Villeneuve’s cinematographer Bradford Young (Selma, A Most Violent Year). Young’s camera understands that Louise is at the center of this movie and thusly puts her consistently in the center of the frame. When the alien ships first arrive, it is not the UFOs we see, but a close up on Louise’s face as she observes them. The camera is often static, but employing the use of slow and deliberate pans and tilts. In many scenes it tracks slowly towards Louise, as if it’s reaching out to her. This, combined with the incredible score by Jóhann Jóhannsson creates a world that feels simultaneously haunting and mysterious. Alien.

In a film so singular and focused on one character, it is fortunate that Amy Adams has turned in the performance of her career. Louise is complicated and nuanced. A woman who rarely shows the emotions on her face and for a linguist, doesn’t seem to enjoy talking very much. Adams plays this character wonderfully. She has to turn from happy, to confident, to inquisitive, to scared, to confused all with minimal room to emote. This isn’t the attention grabbing role that so often gets honored come awards season, but in a film that is requiring everything from it’s lead to work, Adams has triumphed.

There are so many more things I’d like to say about Arrival. I’d like to go deep into its themes, and talk about how the film uses our own expectations against us. I’d like to talk about what is says about language and how we all communicate with each other. I’d like to talk about how in the midst of my post 2016 election despair, I latched onto this film and it’s positive outlook for humanity. Unfortunately, Arrival is a film that works best if you go into it as cold as possible. Maybe we’ll have these conversations at a later date, but for now: Arrival is a beautiful, often sad, but altogether heartwarming exploration of the human condition. Go see this movie.

ALPHA CENTAURI and Minimalist Storytelling Previous
The Essence of Camp Episode 41: Movie Monsters and Villains Next