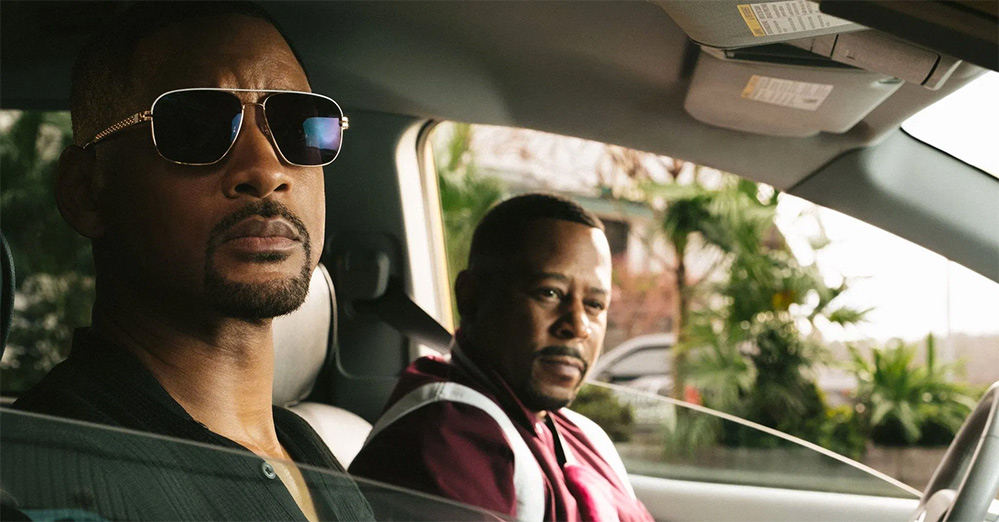 If it seems that Bad Boys for Life, the sequel that took its sweet time getting to our screens (17 years in fact), exists only to capitalize on nostalgia then I want to lay that to rest. Bad Boys for Life is not a meager cash grab. It takes the heart of the series that was always present, but somewhat secondary, and pushes it to the forefront. Miami police detectives Mike Lowrey (Will Smith) and Marcus Burnett (Martin Lawrence) are back, but they’re older and creakier. They’re going a bit gray, and they are a little more aware that their time on Earth is limited. The result is a story that, while familiar, is full of the same charm we’ve missed in the last 17 years. It also shows how much of a movie star Will Smith still is and how nothing new can really replace great and well-worn chemistry among actors. It’s a well-paced movie that is exciting, hilarious, and just kind of wonderful to watch.

There are numerous reasons why this movie works. Bad Boys for Life understands that its heroes are pushing past 50. Everything Mike and Marcus do just takes a little more effort, whether it’s going after the bad guys or just trying to get into a club. Mike and Marcus have worked together for more than 20 years, and have proclaimed over and over that they “ride together and die together, Bad Boys for life.” They have created a family of just them, with a language only they know. When is the right time for that to end or change? It’s the question at the heart of the movie as Marcus becomes a grandparent and Mike starts thinking about past regrets and missed opportunities in his love life. It’s also the question that informs the plot itself. When a mysterious duo of mother and son gun down Mike on the streets of Miami, his confidence in his own “bulletproof” nature is shaken but his anger is solidified. Mike dedicates himself to hunting down the people who almost killed him even as Marcus has interpreted this sudden and shocking violence for another sign, that he should finally, actually retire.

I don’t think it’s a spoiler to say that his retirement does not go as planned. But the film goes to great lengths to raise the stakes for both of them, both emotionally and physically, precisely because they’re older. That’s what actually makes it worth watching, because both the audience and the characters know that they won’t have another 25 years left to be Bad Boys. But until that day comes, they’re going to kick some ass and thank goodness for that.

Mike and Marcus are joined by a group of supporting police characters, part of a new high-tech unit called AMMO. Each member is relatively distinct and each get their own action set pieces. The actors do a good job and form an appropriately diverse mix of tough young cops (Vanessa Hudgens as Kelly and Charles Melton as Rafe), a tech wizard (Alexander Ludwig), and an experienced veteran rising in the ranks (Paola Núñez). Connecting the new and the old is Joe Pantoliano, who returns to play Captain Howard. I didn’t realize I had missed his stressed out rants each time Mike and Marcus got into trouble until I heard them again.

Smith and Lawrence clearly fell back into their roles with ease. They work so well together and it’s a tightrope act to imbue these two cops with the same chemistry as before but with enough grizzled nature to show you the passage of time. It’s a good thing that they are both up to the task, Smith in particular. Bad Boys for Life is really about Mike, and how he’s been a good cop but seemingly without a whole lot to show for it besides enemies and an impressive record. The movie doesn’t want to solve that question as much as it wants to explore it and gives the story enough breathing room for Mike to contemplate his worries and for he and Marcus to work through Mike’s issues together. These two aren’t young men, but they still want to do what young men do for as long as possible. Nostalgia is a trap, and it’s fortunate that the movie (for the most part) avoids it. While there are numerous callbacks to Bad Boys II and the visual language of the movie owes a lot to Michael Bay, Adil El Arbi and Bilall Fallah are talented directors and don’t seem to be bogged down too much by the need to revisit the past. The callbacks are slight and reward people who have watched the series (recently or since the beginning), but don’t require special knowledge or awareness to understand.

Bad Boys and its 2003 sequel Bad Boys II were peeks into Michael Bay’s brain, full of Miami neon, swagger, and violence. Bad Boys for Life, written by Chris Bremner, Peter Craig, and Joe Carnahan, has a conspicuous lack of Michael Bay (save his cameo as a wedding emcee) and it shows. This is a good thing; Bay’s movies typically have an undercurrent of nastiness to them, packaged neatly in a frenetic, exciting action movie that didn’t allow for your brain to really think about how mean it was until later. In the hands of Bremner, Craig, and Carnahan, the series is notably less nasty and cynical while still being just as violent and funny. Most importantly, the writers seem aware that gay panic jokes are no longer acceptable and so those have more or less disappeared, and the new movie gives both time and attention to female characters who aren’t just there to be disposable love interests or damsels in distress.

I had a great time watching this movie and it is not everyone’s cup of tea while being very much my kind of tea. This movie actually wants to mature, which is really important if it’s going to kick off a second life. However long Mike and Marcus ride the streets of Miami, I’m there as long as it has this kind of self awareness to it. Bad Boys for Life is a good movie and shows that there’s still promise and life in this series. If the Fast and Furious series can refresh itself in its fifth movie, then Bad Boys is ahead by doing it with its third.

Sony Tries a Gambit in the MORBIUS Trailer Previous
Off the Beaten Path: The UNFRIENDED Films Next