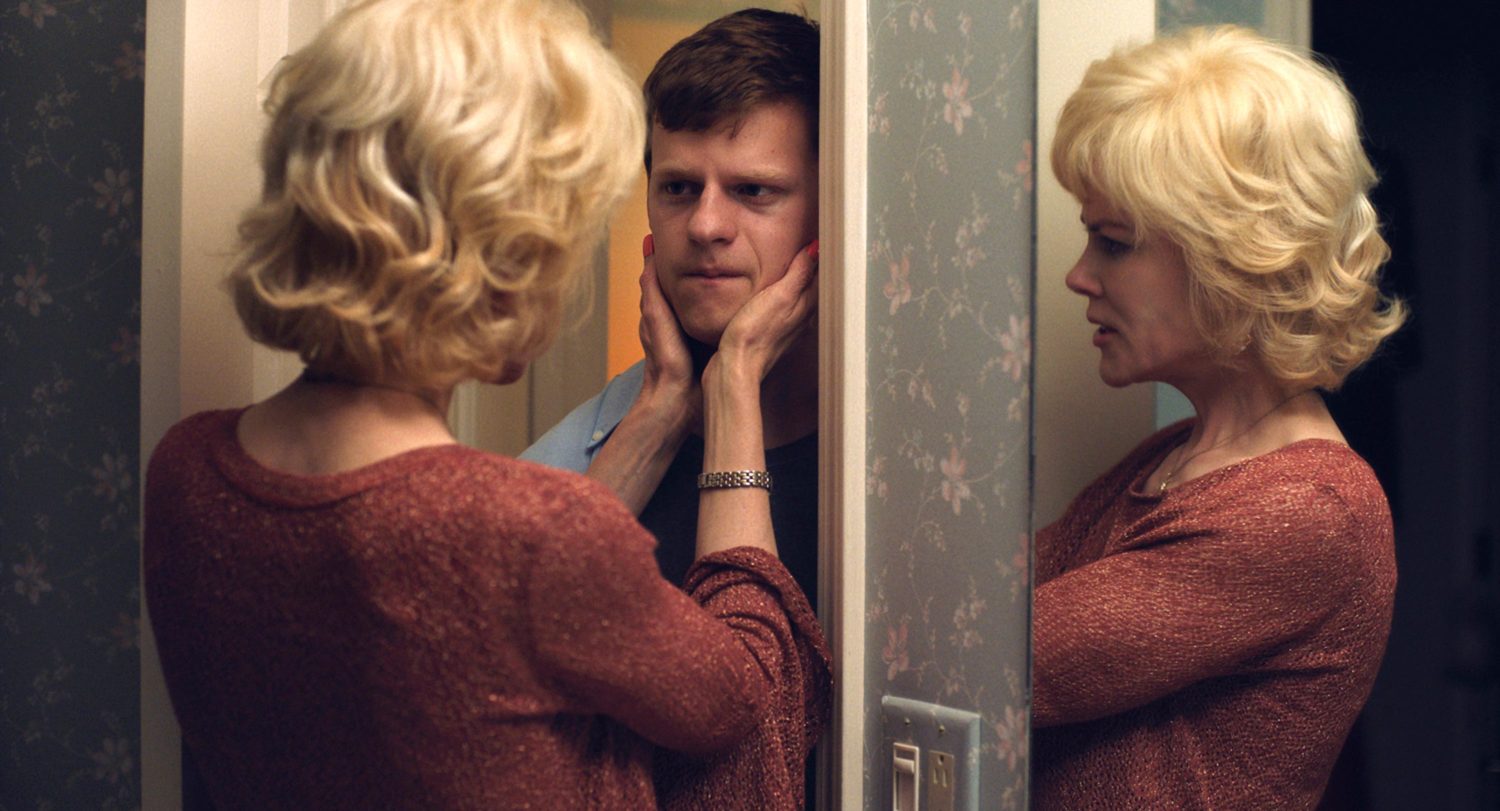 Given who is currently a heartbeat away from the White House, it’s not a shock that gay conversion therapy is back on people’s minds. Nearly two decades after the Surgeon General officially stated that conversion therapy unambiguously doesn’t work, we’re still fighting the same fight and these programs still, though in decreasing numbers, litter the country. As one of the final closing cards of Boy Erased notes, over 30 states still allow conversion therapy, with many conservative politicians openly supporting the current practice and wanting to expand them back into the mainstream. Boy Erased, based on the memoir of the same name by Garrard Conley, has arguably come at the right time… but it’s the wrong film for the moment.

The film takes us through the hell and back journey of Jared Eamons (Lucas Hedges), a teenager forced by his Baptist preacher father (Russell Crowe) to attend an anti-gay conversion therapy program. His mother (Nicole Kidman) is his only companion from his previous life on the journey, as she stays in the hotel while Jared spends his days learning how to completely change his being. The center is run by Victor Sykes (Joel Edgerton pulling triple duty as actor/director/writer), a man who truly believes in his calling and will stop at nothing to break down his “patients” in order to “save” them — including brutal psychological and physical torment and violence.

It’s no wonder, though, that this film is titled Boy Erased, as Lucas Hedges’s Jared Eamons is a completely empty cypher of a character. We’re given glimpses into his past via flashbacks that are intended to flesh out his character, but instead just prove how little there is to him. We learn more about the side characters — some of whom never return to the film after the flashbacks occur– in these flashbacks than we ever learn about Jared. His defining characteristics in the film are that he’s gay and that he occasionally plays video games. There’s absolutely nothing to his character, which is striking given the entire film takes place from his point of view and he’s who the audience is supposed to connect with. Some of this comes down to the fact that Jared is a conflicted teenager still figuring out who he is, but there still needs to be something more concrete to cling to. Even once he has accepted his sexuality towards the end of the film he remains a blank canvas. Can someone please give Hedges a role that isn’t “depressed teenager whose parents don’t approve of who he is sleeping with”? I beg you.

The supporting cast fares almost no better, as Kidman, Crowe, and Edgerton are characters with essentially nothing to do. Kidman’s Nancy gets an arc of coming to terms with and eventually supporting Jared’s queerness, but the bulk of this is entirely offscreen — she just reads a couple of books in the hotel and then shows up one day to pick up Jared and decides that she’s done with being anti-gay. Similarly, Crowe shows up in a few flashbacks and in the film’s final act to be the father figure that Jared can have a big emotional confrontation with, ostensibly providing both actors a chance to improve their Oscar reel. And Edgerton is essentially a cartoon mustache — both figuratively and literally– twirling villain as the head of the conversion center, and his only character development comes in a patronizing “where are they now” card at the very end of the film.

Slightly more interesting are the other minor characters littered throughout the conversion center. Troye Sivan and Xavier Dolan are arguably the standouts, essentially providing the two extremes of “surviving” therapy — faking it til you make it vs getting militaristically into the program. Flea gets a menacing role as the therapy’s masculinity instructor where he is a genuinely terrifying presence. Additionally the rest of the center’s staff have a very off-kilter, sociopathic “true-believer” vibe to them that gives an additional unease to the whole proceedings.

Which is probably Edgerton’s biggest success in Boy Erased, as he establishes a very horror-esque feel to the buildings, people, and really everything about the therapy center. We get to walkthrough, via long takes and tracking shots, the building with Jared and feel his immediate anxiety. We’re given imagery not unlike that of a prison, which really is what Syke’s program is. It’s a prison where your only crime is being born gay into the wrong family.

Still, one has to wonder what brought Joel Edgerton to Boy Erased. His directorial debut, The Gift, was a lurid thriller that relished in playing with audience’s expectations and luxuriated in some downright exploitative cinema. There was no pretense, no hefty thematic weight, and no lofty prestige behind The Gift. It was just a solid, low budget thriller that was exactly the film it set out to be. Just some tense, no frills filmmaking.

So what would cause him to follow that up with a character piece about the suffering found in gay conversion therapy? It seems like such an odd, safe choice for a filmmaker who proved with his debut that he wants to do anything but safe prestige flicks for the awards crowds. There are real moments in Boy Erased where you can feel B-movie thriller Edgerton forcing his way into the film, but that only makes the film feel disjointed and occasionally gross1 rather than bringing it to life. Edgerton never really finds anything to say other than “conversion therapy bad” and “anti-gay people bad”, which isn’t exactly a brave or, most importantly, original take in 2018.

This likely boils down to Edgerton’s script, which is an absolute mess. It fluctuates between tasteless and boring, with stretches of the film recalling many of the sentimental “social issues” films that won oscars in the 90s and 2000s that have aged like milk. But it also features random sections of violence that merely make one scratch their head in how misplaced they compared to the rest of the film. There’s a third act turn for one fellow inmate in Lucas’s conversion center that is so boldly and brazenly manipulative that it’s legitimately eye roll-worthy. Everything somehow feels coldly calculated while simultaneously feeling completely at war with itself.

Joel Edgerton isn’t a bad visual director. Boy Erased looks nice and there are occasional flashes of good direction littered throughout the film — one particular scene involving a rotating close up on Hedges while Sykes talks down to him is a spectacular use of visuals and performance to portray Jared’s conflict. But this is not a film that suits his particular skills. There’s no real story here, rather just a sequence of events and broad characters that all amounts to a complete no-brainer of a thematic crux. Conversion therapy is bad, and only the worst of homophobes would think otherwise. But there’s nothing beyond that to Boy Erased — it’s playing to the cheap seats and giving the audience a chance to smugly pat themselves on the back over their wokeness for not wanting children to get beaten by a “prayer circle.” It’s an empty film masquerading as deep.

Review: THE GIRL IN THE SPIDER'S WEB Previous
Review: OVERLORD Next