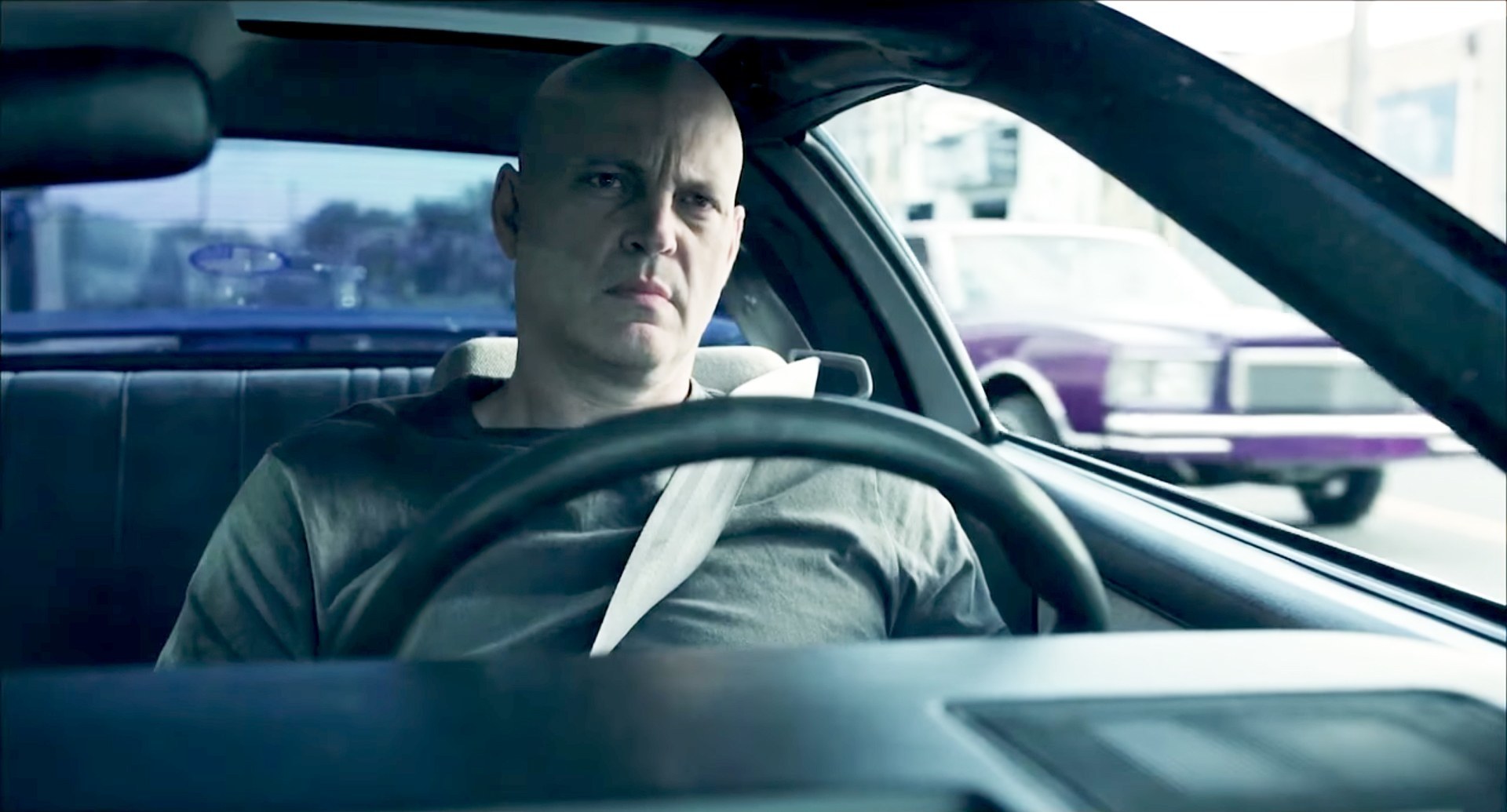 Writer, musician, and director S. Craig Zahler has now delivered two outrageous feel-bad pulp epics, and his fixations have begun to clarify. Bone Tomahawk and Brawl in Cell Block 99 are in some ways variations on the same story; they feature descents into hellish dungeons, principled macho killing machines, chained women in desperate need of rescue, a worrisome reliance on uncivilized non-white villains, fabulously gross violence that puts me immediately to bed so that I can wake up to fresh sunshine as soon as possible and cleanse myself of this abuse. He’s complex, offensive, and gifted. My reaction so far to his work is similar: On first watch, I’m deeply impressed by the audacious viscera and intensity of his scenarios and the bold hard physicality of his action as well as the weirdly mannered humor he puts in his characters’ mouths, but with some distance his biases begin to bother me.

Vince Vaughn plays Bradley Thomas, a beast of a man who starts the film as a country song, losing his job and maybe his wife, and falling into a depression that he can only relieve by terrorizing cars. (The film’s best scene comes early, an intimate show-down between Bradley and an innocent automobile.) His only financial recourse is to exploit his criminal connections for new, lucrative work. He becomes an enforcer for a mid-tier drug dealer (played by Marc Blucas, who is convincing as a terrifying baddy, miles away from the corn-fed doofus he played on Buffy the Vampire Slayer at the turn of the century). Crime happens, shit gets fucked up, Bradley is arrested, and thrown into the can. A creepy old Udo Kier, who has been creepy and old since his birth,1 gives Bradley a dire mission, one that as you might imagine involves cell block 99 and a whole mess of brawls. Bradley has no choice but to accept this employment or his wife (Jennifer Carpenter) will suffer. The setup is simple, compelling, and vicious. The film delivers on its promise, but its exploitation, though faithful to decades-old exploitation tropes, ignores contemporary social progress and suffers for it.

But let’s talk first about Vince Vaugn in this role. Remember how we all felt watching Rust Cole possess Matthew McConaughey so thoroughly in True Detective that the actor, or at least who we thought the actor was, ceased to be? And then we no longer recalled a version of McConaughey that wasn’t a vessel for this dazzling character, a character that landed on the screen already a legend? Fully-formed and bearing mythology that we couldn’t wait to learn more about? Rust Cole felt like a gift to the culture by some sort of immutable destiny, crafted by fate from the shapely goo of unwritten fiction. He had to happen.

That’s Vince Vaughn in this film. He has always existed, Bradley Thomas. Vince Vaughan would always play him. We just had to wait. They are inseparable. Bradley is a massive wall of a man, tall and muscular and possessing brute skills as a fighter that make him essentially invincible. When he enters a room, the room becomes an altar to him. Zahler uses Vaughn’s presence to ground the film’s action, creating slow and brutal beat-downs that are a refreshing change from the dizzying high-speed antics we know and love in recent action landmarks such as the John Wick and Raid films. Those films are magnificent, but I appreciate a film that resists anti-physical speed-runs.

Zahler, perhaps inspired by that other master of exploitation homage Tarantino, seems to delight in revivifying the careers of beloved genre performers. Vaughn’s star has faded some and he does remarkable work here. My favorite casting, however, is Don Johnson as a deceptively mild-mannered, deeply cruel cigar chomper of a prison warden. Johnson has always had such easy charm, such shaggy charisma. In this film he is a delightful misanthrope who seems to rise straight out of the stone and shit that comprise his prison.

For those of us who enjoy some amoral and unnecessary exploitation, this is at times a deeply pleasurable, lovingly crafted pulp mis-adventure. It’s looser than Bone Tomahawk, which actually surprises me a bit. It’s unruly and even haphazard. There’s a surplus here of breath and space. Many of the scenes luxuriate in the beauty of a fallen man who is, above all things, patient. Except when he’s not. Terrible things happens when he has no time for time. Bone Tomahawk, perhaps in part due to its budget, felt economical. It had a sort of lyrical conservatism, reserving screen-time for only the lines and actions that advanced the plot or the characters. Not so, here. I like the pace of this film, but it’s occasionally flabby, and given its general unpleasantness I would have preferred a leaner experience.

I am frankly a bit angry that a filmmaker as obviously gifted as Zahler so far leans into racist and misogynist tropes seemingly without much self-awareness. Bone Tomahawk‘s savage Native Americans made for exciting villains, but there is no escaping the fact that they are caricatures straight out of dominionist fantasies. Brawl in Cell Block 99 has white villains, sure, but it also casts Latinos exclusively as gangsters and meat for the action grinder. In both films, non-whites are wicked cannon-fodder. I don’t think this is consciously malicious in the slightest, but both films reinforce gross outmoded ideas of who the “other” is with very little empathy. Furthermore, to date the few women in his films, though quite sharp intellectually, exist so that the dark-skinned villains can kidnap them in order to give our heroic men someone to save. White knights have always featured heavily in white fiction and always will, but again we are past the point where the telling of such stories without an ounce of self-awareness is frustrating.

I liked this film, but I hope that Zahler will begin to examine the tropes he so heavily draws from. He may have a wonderful future ahead of him, but his biases may also doom him to bargain-basement genre fare that he really is too good for.

Spoilerdome: STRANGER THINGS 2 Previous
Review: BLADE OF THE IMMORTAL Next