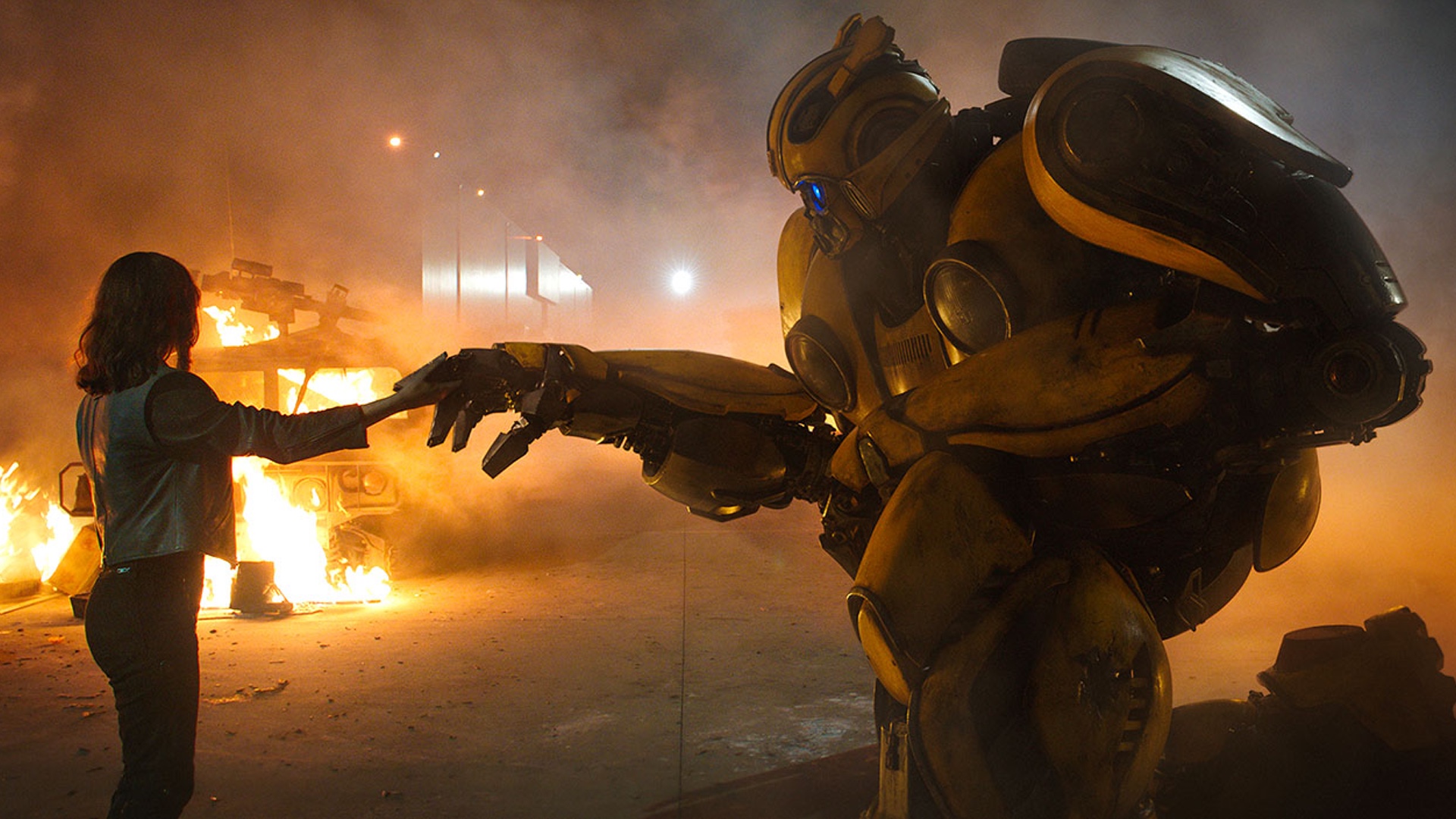 The Transformers film franchise is one of the most bizarre in Hollywood. It’s a series based on a children’s cartoon which no child should watch, a grotesque dive into the American id’s darkest depths lying somewhere between absolute nihilism and contempt for the mere thought of human decency. For eleven years it’s loomed over American pop culture as a perversion of everything children’s entertainment is meant to be. That is, until today.

Bumblebee is a loose prequel to the Michael Bay films, set in the late 80s. It is the story of Charlie, a teenage girl mourning her dad who fixes up an old VW Beetle she finds in a junkyard, only to find it is an alien soldier robot fighting an intergalactic war, with the power to turn into a car. As the two become friends they discover that not only have a pair of evil robots come to earth to kill Bumblebee, but the army, led by a cartoonishly gung-ho John Cena, want to shoot him too, because that’s their answer to everything.

This film is beautifully made. It looks astonishing, the camerawork is fantastic and Travis Knight (Kubo and the Two Strings) directs it wonderfully. The action is engaging, surprising and easy to follow. There is a great sense of scale, making good use of the taller 1.85:1 aspect ratio. The physical comedy is actually funny (unlike the Bay films) and the robot animation is impeccable.

Sadly, the script by Christina Hodson (Shut In, Unforgettable) is the weak link. The overall story is not a bad one, but so much of the writing is so artlessly blunt that it dulls what should be more engaging material. Even with a great cast it’s hard for anyone to sound natural when being asked to just state their motivations and what the scene is trying to accomplish aloud, instead of talking like human beings.

This bluntness does serve the movie well sometimes. The robot dialogue has a very arch, knowing ridiculousness evoking Saturday morning cartoons, and the scenes with the military are equally cartoonish in their portrayal of an absurdly gun-happy organisation devoid of common sense. But it just doesn’t work coming from the mouth of a girl in mourning.

The film’s portrayal of the military is a little confused. The U.S. Army are caricatured in a staunchly anti-militaristic way, very reminiscent of The Iron Giant, but Bumblebee and the other Autobots are explicitly described as soldiers many times, and their role in war is framed as entirely heroic. I’m not sure the film even recognizes this contradiction.

It also takes a while to figure out who this film is aimed at. Much of the visual design feels aimed at 8-year-olds, particularly the robots who are straight out of the TV show. But the action and humour is very much aimed at young teenagers, with a number of sex jokes and several fight scenes where, if you replaced the robots with humans, you’d be watching Ninja Scroll. One evil robot has an arm gun which, when used on humans, is like something out of District 9.

Possibly the film’s strangest element is that it gives Charlie a not-quite love interest in one of her neighbours. He has a crush on her and tries to tell her how he feels, but nothing comes of it during the film. I’m not sure why he’s there really as he does little of importance to the plot and the film is hardly lacking for comic relief. Besides, the movie is already a romance between her and Bumblebee, so he’s not even necessary in that department.

Bumblebee is a fairly good movie, but a somewhat frustrating one because it had the potential to be so much more. So much of it is so well executed that it reminds you that, with a better writer, it could have been great. It’s a film haunted by the ghost of a potentially better one.

DIE HARD With a Podcast, Episode 5 Previous
Review: AQUAMAN Next