Review: A CURE FOR WELLNESS

Gore Verbinski's latest is a profoundly weird and intoxicating experience 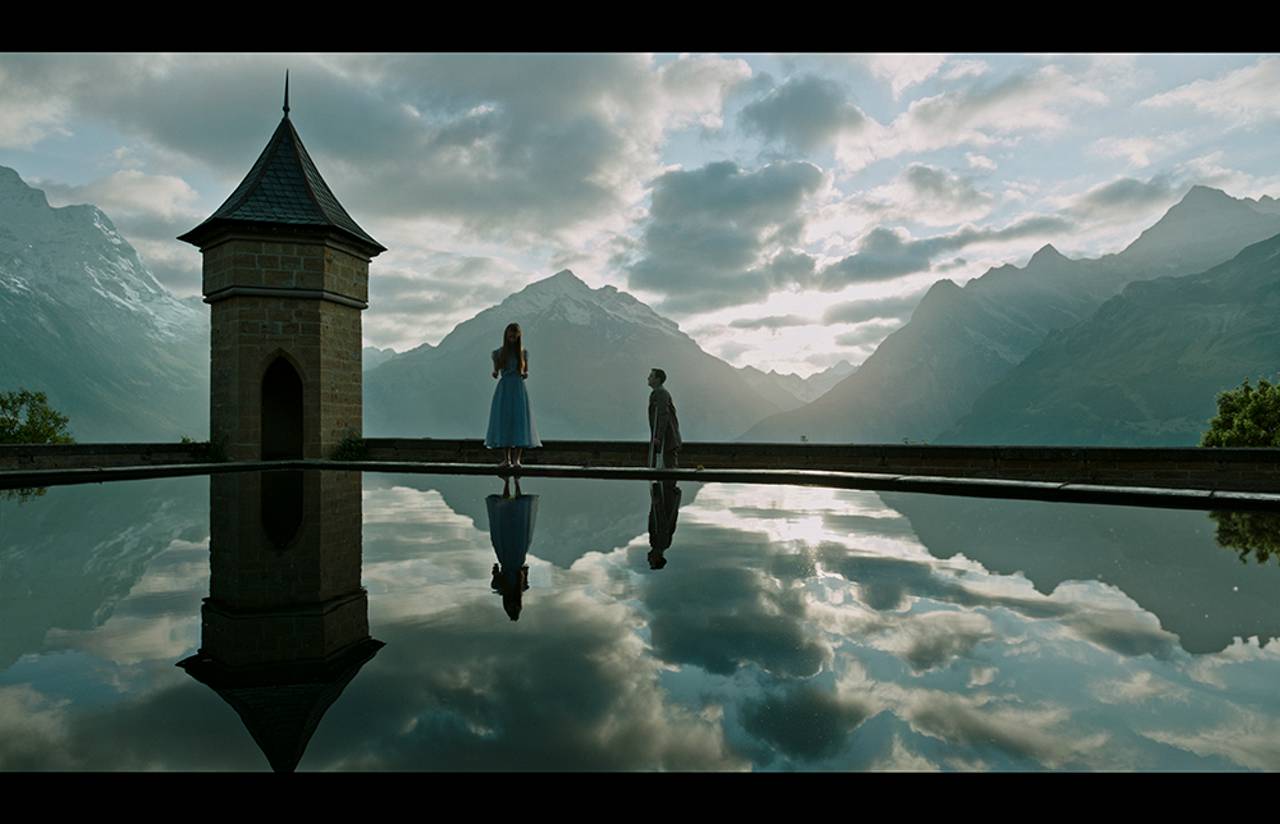 Gore Verbinski’s A Cure for Wellness has the quality of a disturbing dream, where you wake up and can’t be sure what is real or not. It’s such a profoundly weird movie that applying traditional methods of criticism to it almost seems to do the film a disservice; I’d rather sit back and marvel at another awe-inspiring shot of a bead of water scurrying down the side of a sweaty glass, or gape at the way space and time is molded like putty inside of Verbinski’s mad vision. If you show up and complain about how messy it all feels on a traditional level, then you may have shown up for the wrong father-daughter dance.

The film is, first and foremost, a visual and aural wonder to behold. Scenes and sounds flash by that feel so tactile and visceral that every squeak, gurgle, and slither can be felt. Sometimes it all feels like a great experiment on Verbinski’s part. An excuse to, like the Baron of the film, toy with his unsuspecting subjects. The movie operates on such a high level of artistic and technical craft that it’s easy, even encouraged, to drift through the storytelling in a daze.

There is a story, here, though much like the wandering purpose of our main character’s visit to the Sanitarium, it often feels perfunctory. Lockheart, played with arrogant, detached smugness by DeHaan (giving shades of Christian Bale’s Patrick Bateman), is searching for the CEO of the financial institution he works for back in New York. The head of the company has disappeared in a mysterious rehabilitation center in the Swiss Alps, and after drawing the attention of the SEC due to less than legal maneuvering, Lockheart is picked as the sacrificial lamb who needs to bring the CEO back.

There is another layer to the story going on, a mystery around the origins of the center and it’s head doctor (played by a malicious and game Jason Isaacs) which I will leave to the reader to discover on their own. Suffice it to say, as disturbing and unsettling as it turns out to be, any concrete storytelling going on in the course of A Cure for Wellness feels remarkably mundane when juxtaposed with the bizarre and unexplained moments of surrealism throughout the movie. Bottomless black pools of water litter the grounds of the hospital. Steam rooms have vanishing doors. Attendants take time to masturbate openly during your treatment. Oh, and there’s something in the toilets.

It’s in these moments of cockeyed reality, a world just to the left of ours, when the film really sings. The sense of unreality becomes overwhelming and transports you to the intoxicating world of Verbinski’s imagination. I should say here that any fans of Bryan Fuller’s outstanding Hannibal series will find themselves swept off their feet by this movie (There’s even a stag walking around where is shouldn’t be, a staple of Hannibal).

A mantra in Cure is that no one ever leaves the sanitarium, a place where everyone is searching for a “cure” to what can only be described as the ailment of civilization. But the movie posits there might be one way to leave it behind: leaving a burning husk in the distance, a feral grin plastered on your face, and the unknown black of night ahead. A Cure for Wellness is one of the strangest movies I have seen in some time, but to its benefit, it really doesn’t give a shit. It revels and bathes in its scope and weirdness, and all you can do is slink slowly into the depths and join it.

Come on in, the water’s fine.

Does it Look Like It's Our First Time? Revisiting James... Previous
Oscar Week: Looking Back at a Decade of Best Original... Next