Manga and anime fans get their own THE DARK TOWER 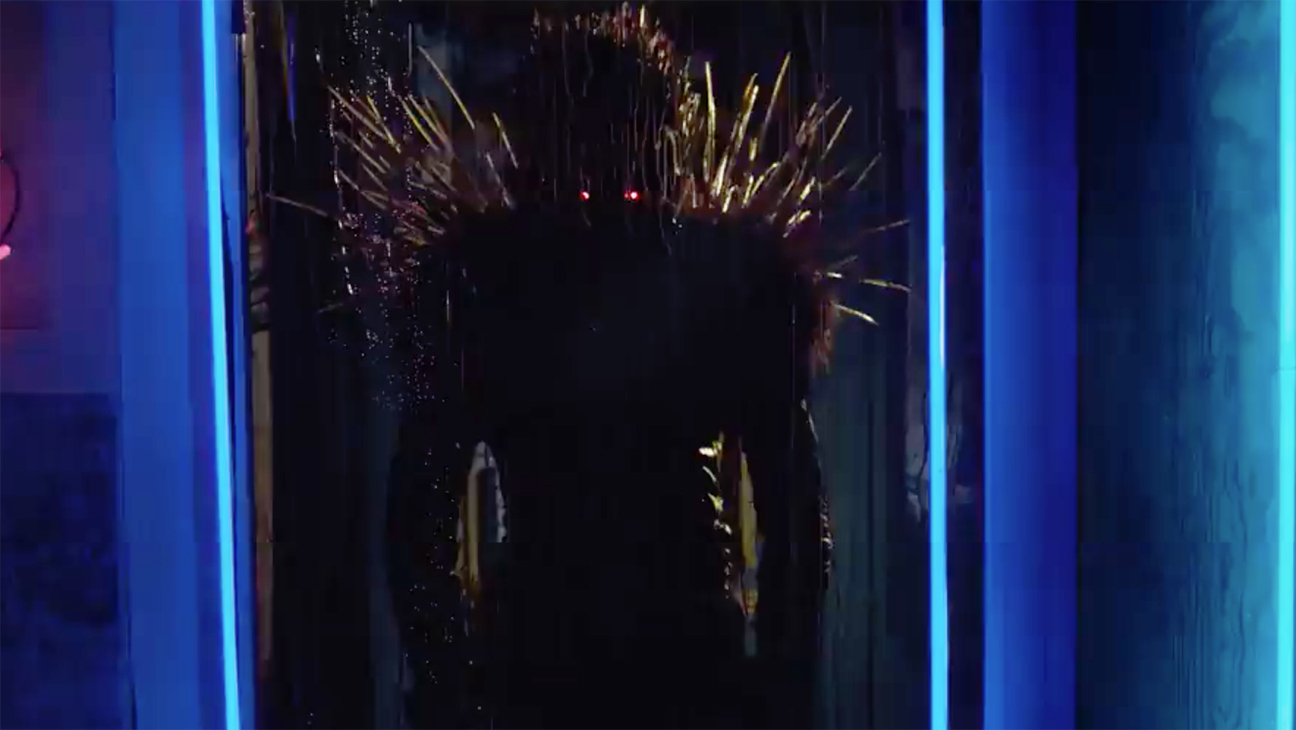 On paper, genre-stalwart Adam Wingard (You’re Next, The Guest) directing an adaptation of the legendary manga/anime series Death Note starring a group of young talented actors sounds like a recipe for success. Sadly, the end result has more in common with that other highly-anticipated high-profile adaption from a while ago: The Dark Tower. Just like that film, Wingard’s Death Note is a horribly comprised adaptation that fundamentally misunderstands its own source material.

In hindsight, condensing a sprawling 12 volumes-spanning tale into a 100-minute feature film was a gross miscalculation from the start. The episodic nature of the source material means it would have been perfectly suited to have been given the Netflix-miniseries treatment, in the vein of The Defenders. What we have instead is a film that rushes through at least two hour-long episodes worth of material in its first twenty minutes and only keeps going from there. The titular Death Note, a supernatural notebook that grants whoever it belongs to the power to kill anyone they want, just by writing their name in the notebook while picturing their face, falls into protagonist Light Turner’s (Nat Wolff) lap after two minutes. Five minutes and an exposition-heavy speech from death god Ryuk (played by Jason Liles, voiced by Willem Dafoe) later, he has already killed a school bully with it.

That pace never lets up, which also means there’s never any room for reflection. There are no moments to give the audience a sense of who Light is. Apart from the briefest of introductory scenes, which shows us he makes tests for other students but is still picked on, he essentially remains a blank slate. This is where the script by Charles and Vlas Parlapanides and Jeremy Slater falters the most. It wouldn’t have been difficult to utilize the change in setting from Japan to the United States as a means to make a statement about white privilege. For example, by making Light a very successful and well-off Ivy League student, who already harbours extremist views that are only made bigger by the Death Note. Instead, Light’s Messiah complex manifests more or less overnight.

It doesn’t help that Wolff is by far the weakest link in the cast. He’s hammy at all the wrong moments – the scene where he’s first confronted by Ryuk is just one Benny Hill theme short of being a total laugh riot – and delivers most of the big emotional beats in a nasal yelp that makes him sound like he’s auditioning to front a pop-punk emo band. On top of that, he’s saddled with an unfortunate bleached hairdo that makes him look like a young version of Anton Chigurh from No Country For Old Men. Meanwhile, Willem Dafoe collects a paycheck so easily, he might as well be literally phoning it in. After all, creepy menace is something he can convey in his sleep and that’s all the role of Ryuk asks of him. He has also done facial motion capture for the role, but since Ryuk appears out of focus or in the dark most of the time, that doesn’t really pay off. The CGI used on the character is pretty awful, which would make keeping him out of focus a blessing were it not for the fact that losing the detail on the character doesn’t exactly do the design any favors.

Margaret Qualley, who you might remember from that amazing Spike Jonze-directed perfume ad, fares better as Mia Sutton, a girl from Light’s school who becomes both his girlfriend and his partner in crime. Though Mia is ultimately nothing more than an unusually murder-happy manic pixie dream girl, Qualley’s effortless charisma shines through, even when she’s put through increasingly moronic plot machinations as the film plods on. The real standout is Lakeith Stanfield as L, the eccentric detective who is hot on Light’s trail. Stanfield is absolutely magnetic in the role, especially when he fully leans into the character’s exaggerated mannerisms, such as every scene where he squats on chairs instead of sitting on them. L feels like he has walked straight off the pages of a manga, which injects all the scenes he’s in with a sense of energy the rest of the film sorely lacks.

This is exactly why the midsection of the film works the best. The plot is still a mess, but thanks to a gratuitous heaping of L, at least most scenes have something interesting going on. While Wingard’s direction is rather boilerplate most of the time, the second act has a few scenes that seem to hold his interest. A detour into an abandoned orphanage is one of the only legitimately creepy sequences in the film and there’s a scene involving a mass suicide that’s executed with pulpy gusto. That scene is also marks the only occasion where one of the the lengthy Final Destination-esque kill scenes where Light’s victims are picked off actually works. All of the others are saddled with goofily excessive gore that lessens their impact, though a scene where a man gets electrocuted so hard his head explodes demands to be seen to be believed.

Like every movie, Death Note eventually has to end and there a mediocre movie transforms into a truly bad one. The movie stumbles to a halt as numerous inane plot machinations are set into motion, cumulating in a climax with so many reveals you get the sense you’re watching a movie that really wants to be The Prestige. If that wasn’t bad enough, the final two major scenes are soundtracked by two of the worst needle drops this side of Suicide Squad. That’s without even mentioning the actual ending, which comes so abruptly it left me loudly explaining: “That’s it!?” If this was ever meant to be a franchise starter, suffice to say this ending doesn’t leave a whole lot of room for more stories.

This all makes the film ultimately come off as a rather pointless exercise. The change in setting adds nothing to the story – it takes place into Seattle, but the generic way the city is used that could be anywhere – and storywise there’s nothing here that wasn’t done better in either the manga or the anime. Maybe someday a Western adaptation of Death Note that actually updates the story in an interesting way will come along, but until then you’d be best off just sticking to the source material.

GAME OF THRONES Recap: Season 7 Episode 6: Beyond the... Previous
Tobe Hooper Gutted Film with THE TEXAS CHAINSAW MASSACRE Next