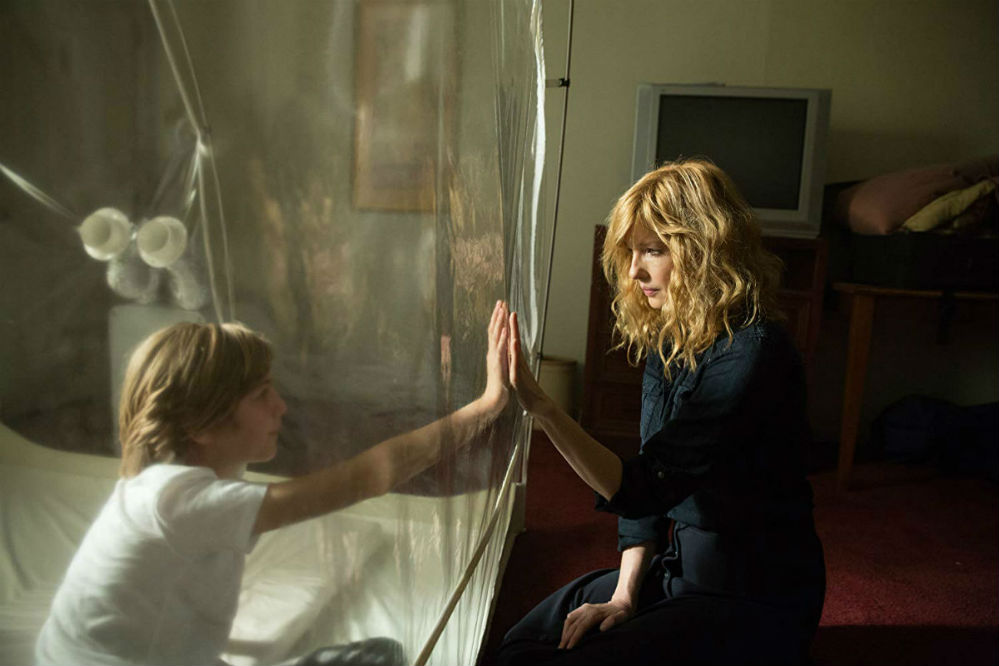 If you were a kid who went through a surgery or numerous medical exams, Eli, a horror film about a boy with a rare immunological disease who’s taken to an isolated facility to cure his condition, might hit close to home. Diseases in and of themselves are haunting enough, and even more when you have little to no idea what you need to go through to overcome them.

This premise is complemented by the Eli’s intense social anxiety, a product of his parents isolating him from society to the point where he considers water, air, and people who aren’t his family as potential threats. Cultivating horror from the consequences of perpetual sickness is a solid idea, and Eli is at its best when the titular boy is going through proceedings that are closer to torture than medicine. The claustrophobic cinematography, zeroing in on Eli’s reactions, succeeds at capturing the helplessness and frustration of having your life in the hands of patronizing adults who talk of trust, but whose actions are possibly hiding something dodgy.

Eli is the focus of the story, but the movie dedicates time to make you understand how his parents are processing this experience. Both of them exude the right balance between tenderness and fear, keeping you constantly guessing about their motivations.

One of Eli’s most refreshing surprises is how it subverts one of my most hated cinematic tropes: the over-competent kid. Eli is passionate about magic tricks, which has led him to develop all sorts of ideas to escape from dangerous situations. But his skills don’t always work. He’s never in full control of the situation, keeping his journey all the more captivating.

In the middle of these scenes, the movie goes through typical and predictable haunted house trappings. While its aesthetic instincts are in the right place and the pacing is swift enough to keep the audience’s attention, the recurring waves of jump scares, hallway running, and heavy-handed exposition get quite repetitive after a while. It’s the type of script that likes to keep its cards very close to the chest, which some viewers might find frustrating. Because it eventually makes you wonder if this is the type of thriller building up a mystery that never gets solved.

Fortunately, that is not the case. Eli does, in fact, have a big twist; and I have to say, it’s a strong contender for the most gonzo cinematic moment of 2019. Some people might argue that it’s unintentionally goofy, and I wouldn’t disagree. But it’s the kind of over-the-top semi-po-faced goofiness I can easily get on board with, and easily the most I’ve ever cackled at a sequence since Tom Hardy got inside a tank to eat a live lobster in Venom.

For having such a fascinating and potentially rich premise, Eli is, at the end of the day, not especially deep or nuanced. The characters are mostly one-dimensional, and you’ve seen its themes developed with more grace and heart in the work of Mike Flanagan. However, I don’t regret giving it a shot for one second. Aside from being a generally entertaining ride, the unhinged madness of its third act make everything click. All the doubts and flaws along the way suddenly didn’t matter. It’s almost an event in and of itself, and the fact that it’s simultaneously absurd and awe-inspiring is something I can’t help but admire.