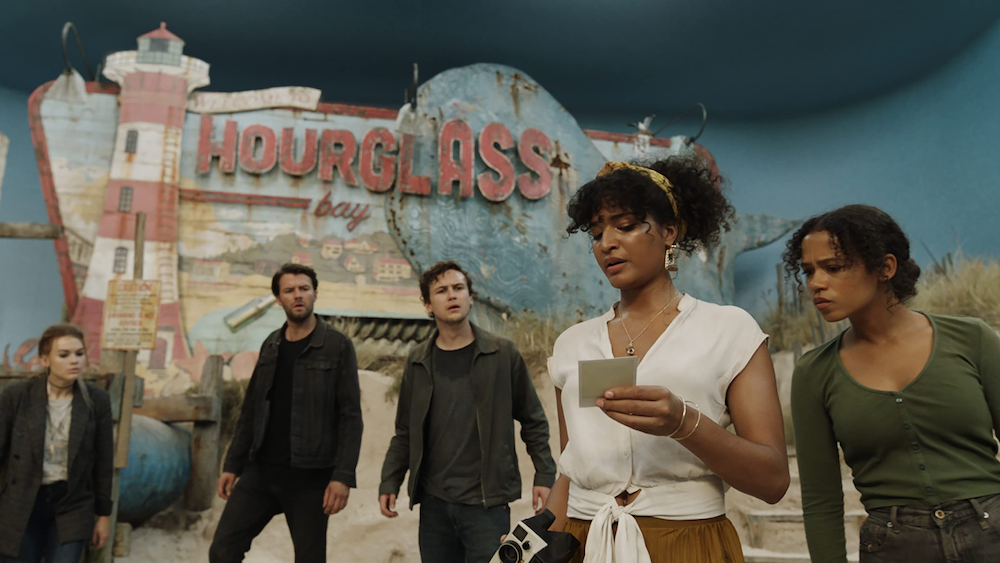 Released in the first week of 2019, Escape Room was a fun and happy surprise. What seemed like a gimmicky horror movie built around elements from the Saw films proved to be the best possible version of the concept: a propulsive, constantly entertaining film with plenty of thrills and shockingly well-developed characters. When a sequel was announced, I was really excited – the original’s sequel tease was silly, but effective, and I was intrigued. Especially when it was announced that the entire creative team behind the original was back and raring to go. Unfortunately, it seems that at some point in pre-production, original screenwriter Bragi F. Schut split from the production. And while his co-writer on the original, Maria Melnik, is credited as a writer on this, it’s alongside three other screenwriters with two more given story credits. The result is a film that feels like it was reworked at least once or twice in its COVID-extended post-production, with the moments between the thrills feeling clunkier than the one before, and it ends up resulting in a film that, while not without its moments, is a clear step down from the prior one.

After surviving the events of the previous film, Zoey (Taylor Russell) and Ben (Logan Miller) head to New York City in order to try and take down the MINOS Corporation, who trapped them in the previous movie to broadcast their suffering to a wealthy and bloodthirsty audience. But they soon find themselves trapped in yet another ploy by MINOS – one with bigger, more technologically advanced traps, and the rest of the victims, including travel blogger Brianna (Indya Moore), ex-priest Nathan (Thomas Cocquerel), and nerve disorder sufferer Rachel (Holland Roden), are also survivors of previous rounds of the games. Even more determined to bring down MINOS, Zoey gathers everyone else together in order to make it through the rooms and live another day. And to bring MINOS to justice.

I will admit that the lore behind the escape rooms feels a bit pat, but it served the story and the setpieces of the first film well, and I was willing to put up with it. But when the whole of the movie is built around MINOS, instead of just the third act like in the previous one, it all just starts feeling a little sucked into the lore, with the movie as a whole feeling like more of the same, but without the mystery that kept the first film going. The movie tries to make up for it by adding a new mystery circling around a story linking together this round of escape rooms. But it’s not given the focus needed, leading to the big third act reveal about said story landing with a bit of a thud, and not even feeling like the movie’s third act at all, but more like the point where it just kind of ends.

As for the actual escape room sequences, they mostly do the job well enough. Director Adam Robitel brings the same flashy camera moves and lighting from the first film over to this one, and it more or less works. But the concepts of the rooms are a lot less interesting, and in the case of the first subway train room, could potentially be epilepsy-inducing. The second level, set at a bank, wrings the most tension out of it and is the best sequence of the film as a result. Everything else is just a bit of a mixed bag. And it ends in almost the exact same place as the first, which could have been cute and fine if the journey there this go-around was more satisfying. Alas, it just isn’t.

I mentioned my suspicions earlier that the film looked and felt like it was reworked in post, and the main piece of filmmaking that led me to believe that is the abundance of ADR’d lines in shots where the actors are not facing the camera. ADR is a tool, just like everything else in film, and can be used well and used horribly, but this is a case where it becomes very distracting whenever it pops up. The dialogue being inserted here is mostly repetitive to what is actually seen in the shots and character interactions, and even in the case where the line was meant to be there it comes off that way anyway because of the mix. It’s just… off.

I really wanted to be here writing a positive take on Escape Room: Tournament of Champions. I’ve been stanning the first one for a while now, and was very much looking forward to seeing where they would go from there. However, it’s just missing the original’s je nais se quois; lacking the pacing, visuals, and even just stone-cold fun of it. At least we still have the first one.