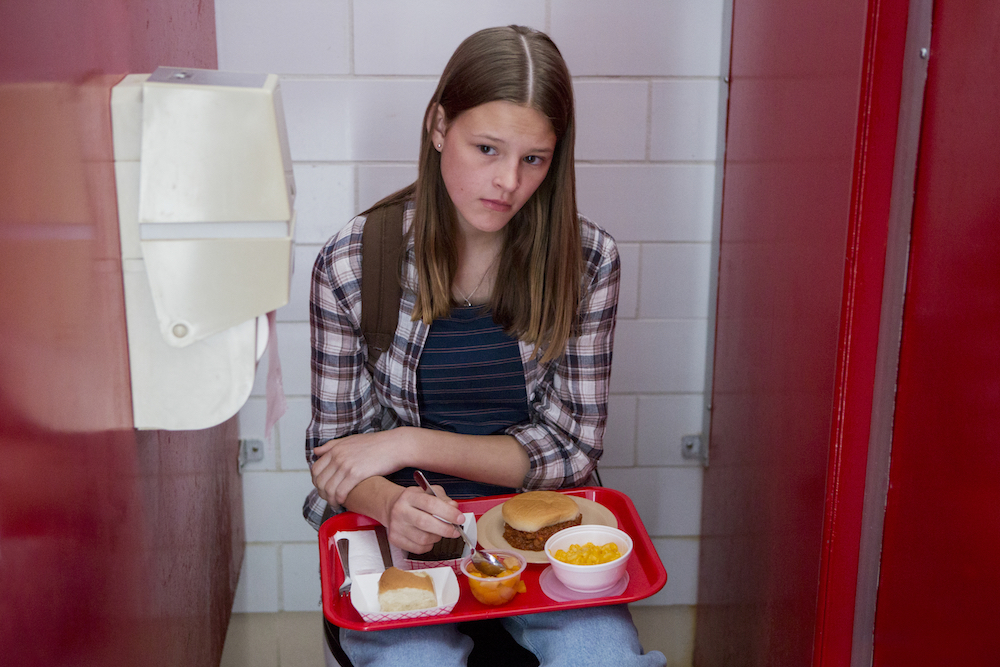 These are dark times. The President of the United States is a bigoted lunatic. It feels like there’s a here’s a school shooting every three days. Opiates are killing thousands of people per year. Student loan debt has financially crippled an entire generation. The rich are getting richer while the poor keep getting poorer. The world is warming and the climate may now be beyond repair. Hell, you can’t even watch a football game without some racist piece of garbage (probably your dad, let’s face it) ruining it with his fascist neo-Nazi bullshit.

In short: everything sucks.

And when things suck this hard, it’s tempting to look back in time with rose-colored glasses to a “simpler” or “better” time. That’s almost certainly why our popular entertainment has been choked with “serious” revivals of 30-year old childhood favorites–everyone just wants to crawl into a nostalgia hole and die. I won’t even pretend not to understand why people will watch five Transformers movies but can’t be bothered to read a news article.

Since we long ago reached the saturation point for ’80s nostalgia, it was inevitable that someone in this dada-ist hellscape of a present would buck the trend and go hard at the 1990s. The ’90s, like the ’80s, seem tranquil and downright quaint from our current vantage point. The biggest news story of 1996, for example, was a jet crash. We had, like, three of those last year. 1996 may have been the year of the Unabomber and the Atlanta Olympics bombings too, but those events kind of feel like nothingburgers compared to twice weekly school shootings. The President wasn’t a dangerous incompetent or a vile racist. 9/11 hadn’t happened yet. And as icing on the cake, the ’90s had some seriously silly fashion trends and an abundance of cheesy music. It’s a relatively untouched nostalgia goldmine.

Enter Netflix’s Everything Sucks!, a roughly 4 hour, ten-episode, single-camera sitcom set in 1996. Everything Sucks! follows high school freshman Luke O’Neil (Jahi Di’Allo Winston), an A/V club nerd in Boring, Oregon (a real place!). Luke develops a crush on Kate Messner (Peyton Kennedy), the principal’s shy, loner daughter. Like many a nerd before him, Luke sets out to win Kate’s affections through a series of escalating and cringe-inducing grand gestures. He starts with a slickly-produced short video and eventually finds himself making an entire movie with the help of the school’s drama club. Meanwhile, Luke and Kate’s single parents begin a covert romance of their own.

It’s a very ’90s thing for our protagonist to be a sensitive wannabe filmmaker (see: Reality Bites; Dawson’s Creek), and for a while Everything Sucks! gives the mis-impression that it’s nothing more than a pleasant, if slightly amateurish ’90s pastiche. It’s filled with predicable needle drops from a who’s-who of ’90s has-beens: The Cardigans, Blues Traveler, The Mighty Mighty Bosstones, Ace of Bass, Spin Doctors, Gin Blossoms, and on and on. Whole plot points revolve around Tori Amos and Oasis’ “Wonderwall.” There are, of course, cheap jokes about dial-up Internet and Zima. But this is all a bit of misdirection — what starts out feeling like a cheap TV version of 10 Things I Hate About You or Can’t Hardly Wait quickly morphs into something else entirely. Because there’s just one tiny problem with Luke’s grand romantic plans for Kate:

Now here are some other things worth knowing about good old 1996, the setting of our apparently shallow nostalgia fest. President Clinton signed the Defense of Marriage Act in 1996, a homophobic law that denied federal recognition of gay unions. 1996 was also the peak of the HIV/AIDS epidemic, which took the lives of more than 40,000 Americans that year. Sodomy laws criminalizing homosexual conduct were still on the books in several states and were constitutional. Homophobia and anti-LGBT violence were rampant–this was still a world where you could be murdered, as Brandon Teena was in 1993, and Matthew Shepard would be in 1998, just two years after the year the show is set. Even in Hollywood and pop culture, being gay was still seen as something tragic and was often akin to a death sentence (see: Philadelphia). Ellen DeGeneres wouldn’t come out as gay until the following year. And people forget now, but Ellen lost her show and her career was nonexistent for several years thereafter.

In other words, if you were queer in 1996… everything sucked. It REALLY sucked.

A lesser show would have played Kate’s sexual awakening as a sweet or quirky twist, but Everything Sucks! uses it to perpetrate a pretty ballsy bait and switch — what at first seems to be a bog standard nostalgia-wank about a nerdy boy with a crush soon becomes something much more impressive. It becomes a dual narrative about Kate’s anxiety-ridden self-actualization and Luke’s all-too-realistic response to it. Like many other nerdy young men of his generation, Luke quickly descends into toxic, passive aggressive Nice Guy-ism when he finds out Kate isn’t available. The very first thing he does is try to convince Kate that her sexuality is pliable. When that doesn’t work, he uses the threat of homophobic bullying to get her to pretend-date him “for her protection.”

I suspect that the emotional violence of Luke’s manipulations will go unnoticed for many viewers. The show maintains a fairly light tone throughout–it’s still something of a sitcom, after all–and from the vantage point of 2018 it’s easy to forget what it really meant to be gay in 1996. But it’s no coincidence that the first episode begins on the date that the Defense of Marriage Act was signed, and that this event is explicitly referenced (it might be the only current event referenced in the show, in fact). It’s also no coincidence that, when a rumor goes around school that Kate is a lesbian, her fellow students immediately begin to speculate about whether she’ll die of AIDS. Everything Sucks! understands that being a lesbian in 1996 is a potential existential threat. And it very clearly wants you to recognize that Luke’s manipulations aren’t sweet and oblivious, but downright malevolent. If the show’s intentions seem murky at first, and it’s unclear whether we’re supposed to sympathize with Luke’s viewpoint, things become crystal clear as the season wears on and Luke gets progressively angrier and more resentful, and starts to lash out at everyone in his orbit.

If the show did nothing else but explore the Luke-Kate dynamic, it would be enough. But Everything Sucks! is more ambitious than that. It manages to build an incredibly sweet romance between Kate’s lonely widower father (Patch Darragh) and Luke’s harried, divorced mother (Claudine Mboligikpelani Nako). It’s so successful at this, in fact, that I didn’t even begrudge a scene where the love-struck Darragh dances and sings along to ’90s war crime “Breakfast at Tiffany’s.” That’s how good it is. There’s also Luke’s exploration of his deadbeat father’s video diaries, and the way his dad’s seemingly wise life advice slowly rots and turns toxic.Then there’s Emaline (Sydney Sweeney), the queen bee of the drama club. She’s under the thumb of her conceited and emotionally abusive boyfriend Oliver, while simultaneously serving as the romantic focus of both Kate and Luke’s awkward friend McQuaid. Over the course of the season, Emaline transforms from a one-dimensional Regina George type into… well, that would be too much of a spoiler.

It’s worth pausing here to note just how impressive Everything Sucks!‘s cast is. The kids are all actually kids, and are very noticeably 14 years old despite navigating some incredibly tricky emotional material. Peyton Kennedy and Jahi Di’Allo Winston are the standouts, though. Kennedy is constantly wavering back and forth between crushing emotional anxiety and empowered self-discovery as Kate finds that her sexuality doesn’t have to be a curse. Winston, meanwhile, has to sell Luke as a basically decent kid who means well, but who also has some incredibly noxious ideas about love and romance. He turns on a dime between sensitive and cruel several times but never once loses the thread. The supporting cast is equally impressive, especially Darragh and Sweeney, both of which have to play characters who are merely playacting for the benefit of others through most of the season.

Unfortunately, critical response to Everything Sucks! has been relatively muted and it’s unclear whether the show will be renewed for a second season. I hope it does, though, because there more than enough dangling plot threads and important real-world developments in 1997 to make a second season compelling. Moreover, our pop culture desperately needs more works of art that challenge our nostalgia a bit and aren’t satisfied with just giving us some needle-drops and authentic fashion. Everything Sucks! remembers not only what the ’90s looked and sounded like, but how it was actually like in all its messy complexity, and why it wasn’t really the “simpler” or “better” time we’re nostalgic for. And that’s a rare thing worth noting and celebrating.