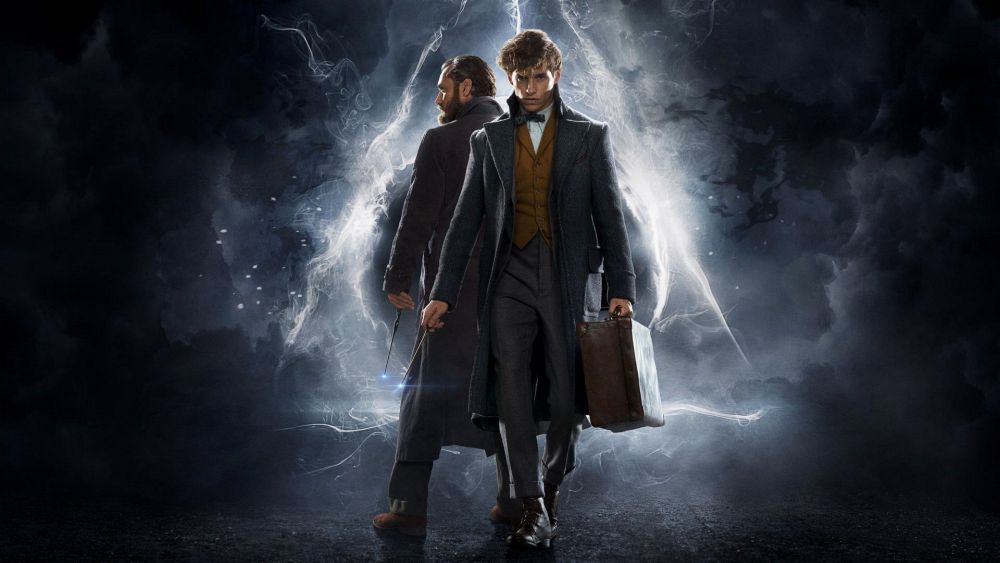 Fantastic Beasts: The Crimes of Grindelwald begins in the seat of the American wizard government, with a title reading “American Ministry of Magic”. It gets referred to this way several times over the course of the story.

This is a departure from the first Fantastic Beasts movie, Fantastic Beasts and Where to Find Them from 2016. Back then, the same organization was never called anything but “Macusa” (MAgical Congress of the USA). I liked the detail — it was part of J.K. Rowling’s general effort to replicate the weird real-life differences between American and British life with their wizardly counterparts. In a way, it reflected the movie as a whole: A concept with promise, but unrefined in its execution because of all the Harry Potter baggage the movie carried, and a bit all-over-the-place in terms of actual storytelling. Definite room for improvement, if Rowling and director David Yates took stock of what worked and what didn’t; making the story cinematic while preserving the verve and clear emotion that characterizes the fastest-selling books of all time.

The change between movies to something quicker, more obvious and less interesting — while at the same time completely disjointed and a dash of fan-service that no one was asking for — typifies The Crimes of Grindelwald. It’s definitely an engaging film, for Potterites and the uninitiated alike, but mostly engaging on the level of a proverbial trainwreck.

Oh no! It’s the Hogwarts Express that crashed! How will the children get to school, unless they use one of the half-dozen way quicker and simpler methods for magical travel, that were introduced in later HP books?

This one is bad, folks. Not to fret, though: It’s bad in a fascinating cocktail of ways. Loaded with poor decisions made for reasons from obvious to inscrutable, manifesting as everything from laziness to incompetence to a complete departure from anything understandable.

Here’s a start: Remember how the first Fantastic Beasts felt as if it was only about Fantastic Beasts on sufferance? At this point, the Fantastic Beasts would only get seventh or eighth billing if we’re going by screentime or importance to the plot. If I had to pick a more representative series title, I’d go with Never Fall In Love: The Crimes of Grindelwald. See, Rowling and Yates have definitely made an effort to tie together all the disparate plots from the first movie — the political intrigue surrounding the rise of fascist wizard Grindelwald, the personal journey of Ezra Miller’s orphan wizard Credence, and, begrudgingly, the travails of Newt Scamander and his Beastfinder General friends — with a series of soap-opera caliber relationships. Every problem in the movie, from fantastic beasts escaping their cages to the fate of the magic and Muggle worlds, ends up happening because someone still carries a torch for a lost love, or betrayed their lover for personal gain, or used a love potion to ensnare someone against their will.

There’s quite a bit of that last one, actually. I went into this movie anticipating that the most morally objectionable “They didn’t really love each other” would be the movie backing down from the romantic relationship between Grindelwald and Dumbledore, but boy was I wrong.

In fairness, does this guy look up to Dumbledore’s standards?

Not that the backing-down isn’t objectionable, mind you — as is the decision to cast one half of this prospective relationship with an alleged spousal abuser. To be honest, though, I don’t expect this is the first place you’ve heard about that. There’s no need to discuss the actors in the movie when there’s so much to talk about with the movie itself. I mentioned three plots up there, but in reality the movie actually has seven or eight concurrent storylines, spread across three countries and about two dozen characters in all.

The audience is expected to not only follow but care about threads concerning Ministry of Magic skullduggery, magical racism, blood curses, underground magic circuses, and maybe, just maybe, something about fantastic beasts and where to find them if we’re lucky. These plots stop and start and cross over in a way I can only describe as “incestuous” – more than a few of these regrettable romances have resulted in children.

Through it all, there’s very little actual change among the characters: There have been sacrifices and betrayals and revelations, but all the changes are circumstantial – external – and people don’t seem like they’d do anything different, if they did it all over again.

Maybe these wizards would wear some actual wizard clothes, instead of wearing normal suits and dresses so much that Dumbledore even teaches in a frock-coat instead of any kind of robe.

The cast doesn’t elevate the material, because that would require a coherent orientation to figure out where “up” would be. Dan Fogler and Allison Sudol do their classical screwball comedy characters well, Jude Law does a fine job stepping into Dumbledore’s woolly socks, and Brontis Jodorowsky – of all people – is fun in a small role. With all these swirling characters, though, it’s very easy to forget that in theory it’s a movie about Eddie Redmayne, Katherine Waterston and Ezra Miller.

What’s not so easy to forget is Claudia Kim as Nagini – named Asian character #2 in the movies, and the victim of a curse that leaves her as a were-snake, which it’s explicitly said will turn her into a dumb animal by the time of the original stories. It’s a little less offensive than I was anticipating, true, but that’s mostly because the movie doesn’t have the time or attention span to say anything, so it can’t say anything offensive.

As for the rest, I’d actually prefer to let you discover it for yourself. Where does the Memory Storage from Inside Out fit in? What about Unbreakable Vows to murder little kids? What about the RMS Titanic? I’ll just leave you to find out for yourself. This is a momentous achievement — even within the context of auteur-driven prequel disasters like Attack of the Clones or Battle of the Five Armies — Fantastic Beasts: The Crimes of Grindelwald is the kind of bad movie only a great artist could make.