Traversing The Depths of Sorrow 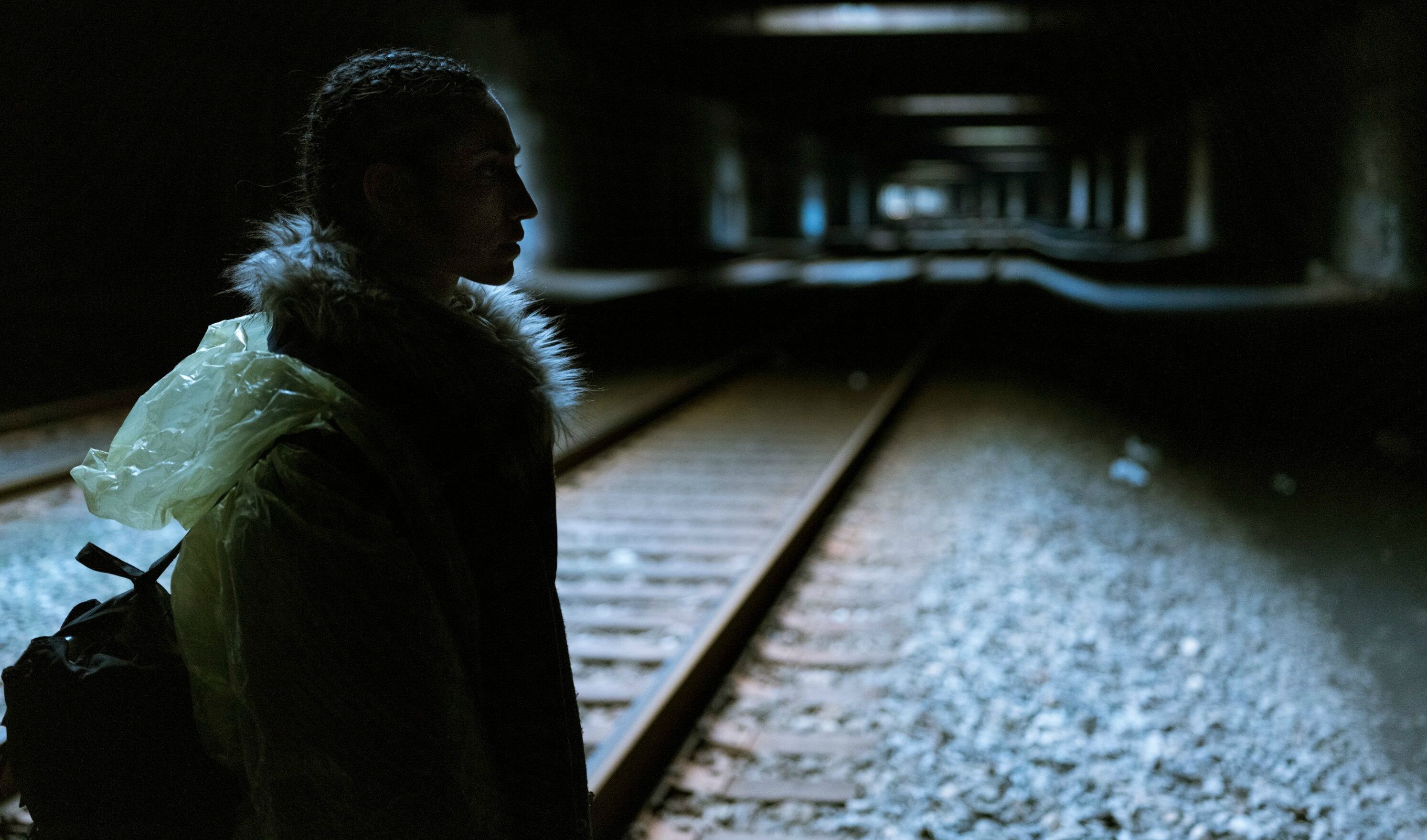 To live and die in New York. This bustling metropolis is all at once the height of civilization and a portrait of mankind’s ruin. It is a fascinating dichotomy, to exist in a dominion of endless wealth and opportunity that is also a kingdom of sorrow. They say if you can make it here, you can make it anywhere. What they never tell you is how much it takes out of you to survive here, making many wonder if it’s ever really worth it in the first place. The stories of the harrowed are many, yet they mostly go unheard and ignored. Nonetheless, it behooves us to stop and take the time to listen, that we might truly recognize the humanity of this great city. The upcoming independent drama Feral is one such instance of this, a captivating tale of the downtrodden.

Feral tells the story of Yasmine, a young homeless woman struggling to survive on the streets of New York. A past trauma keeps her stuck in cycles of self destruction. Yasmine crosses paths with a handful of New Yorkers dealing with their own various trials and tribulations. In doing so, Feral becomes a fascinating exploration of the crippling loneliness of city life. An oncoming winter storm is hinted at throughout the film, prompting a sense of urgency in Yasmine’s search for a safe shelter, but the storm just as acutely represents a greater existential sense of dread and impending doom that haunts the many denizens of an overwhelming and uncaring city. Whether its struggling to make ends meet or the pain of heartbreak, there is a lingering depression in this life that will consume you if you let it.

Annapurna Sriram is truly captivating as Yasmine. Her striking beauty is juxtaposed with her fierce attitude, but as the film progresses she also exhibits a serene spirituality coupled with a heartbreaking vulnerability. Like a force of nature in her own right, she flows and crashes into other denizens of the city. Her encounters with over-sensitive musician dudes and dangerous frat bros explores extremes of the spectrum that is dealing with men on the streets of New York. Her time with a kindly abuela who waxes nostalgic about past loves compared to her time in a shelter with a young mother dealing with drug addiction paints a brief yet effective portrait of the hardships women face. Yasmine’s encounter with well meaning but marginally effective social workers provides an interesting contrast to the church mission that seems to have more questionable motives beneath their benevolence. These disparate encounters are all based on true accounts from former homeless individuals, providing a veracity to the raw emotion on display. This realism is further anchored by the inclusion of several interview clips of said individuals, relaying their stories of life on the streets.

The city itself becomes a character to be explored, but not in the way most movies set in New York tend to be. Eschewing the usual landmarks and tourist attractions, Feral instead takes us into the underworld of subway tunnels and desolate train stations. As we follow Yasmine through her foraging grounds and hideaways, the city reveals itself as a sprawling and interconnected web of secret passages and catacomb entrances. At times, the imagery evokes a sense of a horror film or archaeology documentary. Through Yasmine, we discover what feel like remnants of a lost civilization that is literally right under our feet, reflecting the many forgotten and forsaken lost in the cracks of our grand institutions and broken systems.

Feral is a sobering and introspective journey into depression and isolation, but it also presents a powerful social parable as the secret behind Yasmine’s predicament is revealed. Yasmine’s cultural background informs her character, and in doing so reinforces the true soul of New York as an entity born of many nations. We call America a cultural “melting pot”, referring to the mix of ethnicites that combine into a uniquely American identity. However, in a nation built on blood and fire, one must come to terms with how much of ourselves has been burned away in this grand experiment. Feral is a treatise on that corrosion of mind, body, and soul told through one woman’s plight. With any number of high profile “Important Message” films put out each year, the subdued intimacy of Feral stands on its own as a film worth experiencing.

Traversing The Depths of Sorrow

There Was An Idea… SPIDER-MAN: HOMECOMING and the Greatness of Power

Does Spider-Man even have great power?