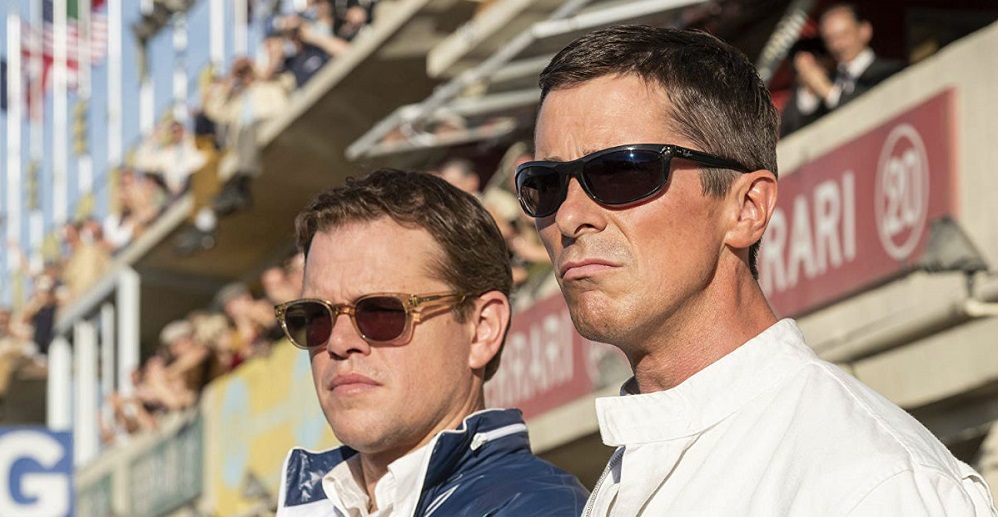 A combination of engineering complexities and urgency make sports cars compelling components in several cinematic genres. This is why Ford v Ferrari, the latest film by director James Mangold, aims to capture the natural appeal of automobile racing while exploring the bureaucratic proceedings that come with it.

In an attempt to modernize its image and increase its sales, the Ford Motor Company gets designer and former car racer Carroll Shelby (Matt Damon) to create a vehicle that can beat Ferrari at the legendary 24 Hours of Le Mans, a competition that requires Herculean efforts to succeed given the harshness of its terrain. Problem is, the pilot Shelby wants to work with is British World War II veteran Ken Miles (Christian Bale), who has a reputation for being brilliant, but also brutally honest and rude to the point where he often gets on everyone’s nerves.

While the biggest selling point are clearly the racing competitions, Mangold succeeds at portraying the minutiae of the car industry with flair and at an agile pace where no scene overstays its welcome. The events at the offices where the contracts get signed set the stakes, and they perfectly capture the awkwardness and pressure to succeed in this ego-driven environment.

Given its subject matter, it’s only natural that a lot of the dialogue would be focused on the countless technicalities required in a car designed to face the most demanding conditions in the world. The level of detail that goes into the sequences at the mechanical workshops, as well as the intimate perspective they’re shot with, makes you feel like you’re right there with the engineers being part of the operation. However, the workshops are tough and often tedious places that leave their workers drained, both physically and mentally. Mangold uses this to get some of the most heartfelt moments in the film, where the characters take a break from the ongoing stress to generate some professional camaraderie, and even romance.

A good part of why all of these scenes work is because Ford v Ferrari is packed with incredible performances that keep your attention throughout the 152 minute runtime. Matt Damon exudes All-American charm, and his friendly screen presence results in a working class hero that’s easy to root for. Christian Bale is an unstoppable source of energy, acting with a fun balance between classic leading man charisma and character actor eccentricity. It’s the type of role that, if not calibrated in moderation, could become a little too cartoon-y, but Bale is in absolute control of the tone and keeps Miles grounded. Jon Bernthal has a considerably smaller role as plucky businessman Lee Iacocca, yet he does an admirable job carrying the more negotiation-focused scenes with a vintage movie star swagger that causes even the most banal dialogue to sound cool. He almost makes you want to buy a new car from him. Josh Lucas has a rather typical role as a Ford executive with a personal grudge against Miles, but makes for a satisfyingly loathsome jerk. Caitriona Balfe adds a fair share of earnestness to the proceedings as Miles’ graceful wife Mollie, who gives him emotional support and calls him out on his nonsense when necessary.

Moviegoers get their tickets’ money worth in breathtaking races that hit the nail on the head when it comes to conveying how scary it can be to drive a car. Destruction, fire and frustrating technical malfunctions dominate these relentlessly tense sequences that leave viewers simultaneously begging for some room to breathe and staying at the edge of their seats to see Miles challenging risks in the tracks. It’s worth noting that Mangold is very creative when it comes to utilizing the cars’ dashboards to generate anxiety and give us brief, but notable glimpses into the minds of automobile racers.

If you’re familiar with the beats of sports movies in general, it’s abundantly evident to see what Ford v Ferrari is addressing from the get-go, thematically speaking. Ideas like the everyman facing off against the powerful status quo, a family concerned about a competitor’s safety, as well as a blooming friendship between two men with an initially difficult dynamic are the emotional core. But there’s a reason why this formula continues to be resonant. Tournaments work as a broad setting to explore the hardships that come from success and failure, and how they shape us. With that said, this is elevated by the beautifully realized arc Ken Miles goes through, emphasizing the importance of collaborative spirit and keeping your worst impulses on check. Miles is a character that could easily become grating, but part of the film’s magic is to make us understand where Miles’ frustrations come from and the little details that make him a sympathetic figure, like disappointment in life and a difficulty to mesh with society’s standards. Not to mention Miles’ bond with Shelby, born from a shared experience in broken dreams and contempt for the people who doubt their potential, but also, hope in defying expectations and pushing their limits to the extreme.

On top of being a thoroughly thrilling period crowd pleaser with a little bit of everything for everyone, Ford v Ferrari doesn’t hold back when it comes to examining and appreciating masculine sincerity, and it manages to be super sleek in the process.