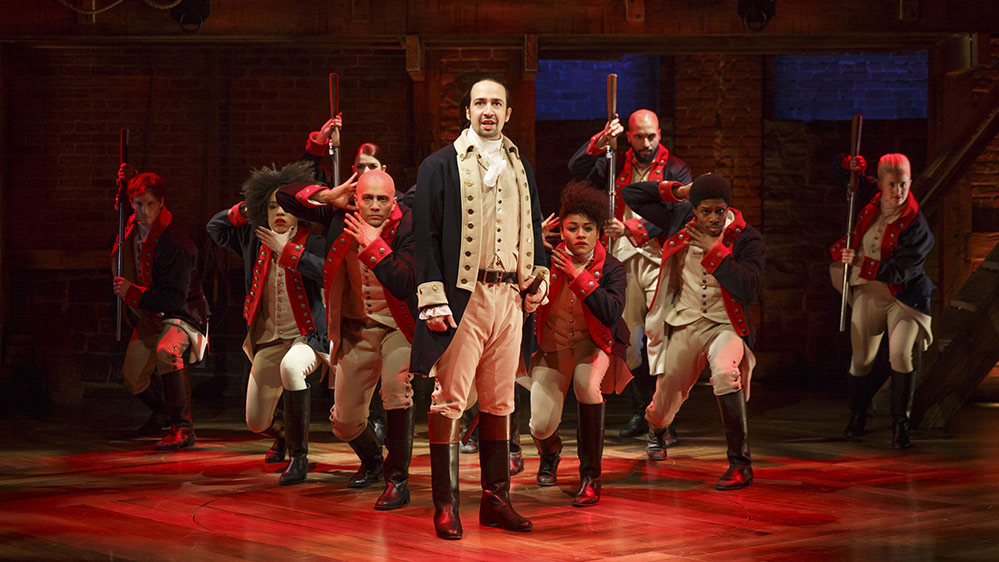 On January 20th 2015, the musical Hamilton premiered at the The Public Theater in New York City and a phenomenon was born. Five years, thousands of shows, multiple tours and millions of dollars in scalped ticket sales later, and Hamilton is now one of the biggest and most culturally significant shows in the history of Broadway. Unfortunately, due to its hyper popularity and the aforementioned ticket scalping, it was a show that a large portion of the general was not able to see, at least not without paying a small fortune (once again, just so much scalping). Things changed however after Disney purchased the rights to a movie created by filming and editing together three performances by the original cast, a movie that released this weekend, and once again Hamilton is taking the world by storm.

The Hamilfilm as fans have taken to affectionately calling it, is truly a towering achievement. Taking all of the elements that made the stage production a success and combining them with exceptional cinematography and editing to create a unique cinematic experience. Rather than just doing a standard performance recording for posterity with a stationary camera, Thomas Kail the director of the original stage production instead using dynamic camerawork to accentuate the staging and lighting in order to make an experience that will be new even for those that have seen the show with closeups that allow the audience to see more of the performance choices (and spit) than ever before.

It’s not just the camera angles that make this a must watch though, because the musical itself is a masterwork. Lin Manuel Miranda has crafted a work of genius with such depth across the board that it is frankly difficult to figure out where to begin in discussing it. Musically it is unlike few if any that came before it, as by utilizing hip-hop, rap, R&B, and jazz, the musical about the founding of America occurs almost entirely in musical forms that originated in America. It is by no means however just a gimmick. These songs are some of the very best to come out of American musical theater in decades, with many destined to become standards in and of themselves. “Satisfied”, “Wait For It”, “My Shot”, “Dear Theodosia”, and “The Room Where It Happens” have already firmly affixed themselves into the history of the artform and will inspire the work of others for years to come.

The story is endlessly compelling. By zeroing in on Alexander Hamilton, Lin Manuel Miranda is able to retell and reframe the story of America’s founding through the lense of one of its most influential and divisive figures, as we watch how his brilliance, brashness, and boldness helped found a nation and also lead to his personal downfall. Miranda elevates things further by juxtaposing him against one of his most bitter foes, Aaron Burr. Hamilton’s recklessness and divisiveness against Burr’s calm deliberation and desire to not alienate anyone, when they meet head on the explosive mixture provides more than enough dramatic tension to carry the story. By digging into the tragedy of their bitter rivalry at the same time as the triumph of the founding, Miranda creates a uniquely compelling work. And in choosing to cast actors of color as all of the principle characters (excluding King George) Miranda is able to simultaneously highlight how central the immigrant story is to American history while also demonstrating some of the inherent flaws in our nation’s founding, because such a move is only so seemingly transgressive due to our understanding that nobody that looked like these performers had a seat at the table during the founding. While not a complete historical picture by any means, it goes so far in illustrating the complex duality that has always been at the heart of American history. The story of imperfect men with grand but imperfect ideals, embarking on a grand but imperfect experiment. Of the conflicts and compromises, of the successes and failures that lie at the heart of our shared history. The story of allies turned enemies, of disagreements substantial and petty, and of the struggle to climb up from the humblest of beginnings, the triumph of reaching the summit, and the new struggle that follows once we arrive there. It’s the story of America and it is both beautiful and tragic.

The music and story however would not be able to carry the show if it were not for the astounding performances by the principal cast. Miranda is fantastic as the title character bringing a relentless energy and vulnerability to the performance, yet even as good as he is, he is at times in danger of being overshadowed by the brilliant performers he has surrounded himself with. Leslie Odom Jr’s performance as Aaron Burr is a tour de force, one that earned him a Tony award and launched his career into the stratosphere. A hyper focused performance he alternates between extended periods of restraint followed by explosions of emotion that go off like atom bombs, Odom must truly be seen to be believed. Christopher Jackson’s turn as George Washington is a ten course meal of unrelenting gravitas and power, looming over every scene he is in whether he’s actively singing or not. Daveed Diggs performance in the dual roles of Lafayette and Jefferson is a sight to behold, as he brings endless swagger to both. Phillipa Soo’s performance as Eliza is the beating heart of the entire production. And Anthony Ramos is brilliant as John Laurens and Phillip Hamilton, two whose deaths were sources of some of the greatest pains of Hamilton’s life.

All together what you have is a work beyond compare, the kind of work that comes around maybe only once in a generation. Lin Manuel Miranda has crafted a work for the ages, one that casts a new light on our history and challenges us to see it from a different perspective. The music, lyrics, choreography, staging and performances combine to create a true masterpiece, one that shall leave its mark on our culture for years to come.

We're not throwing away our pod(cast)