Puppets deserve better than this 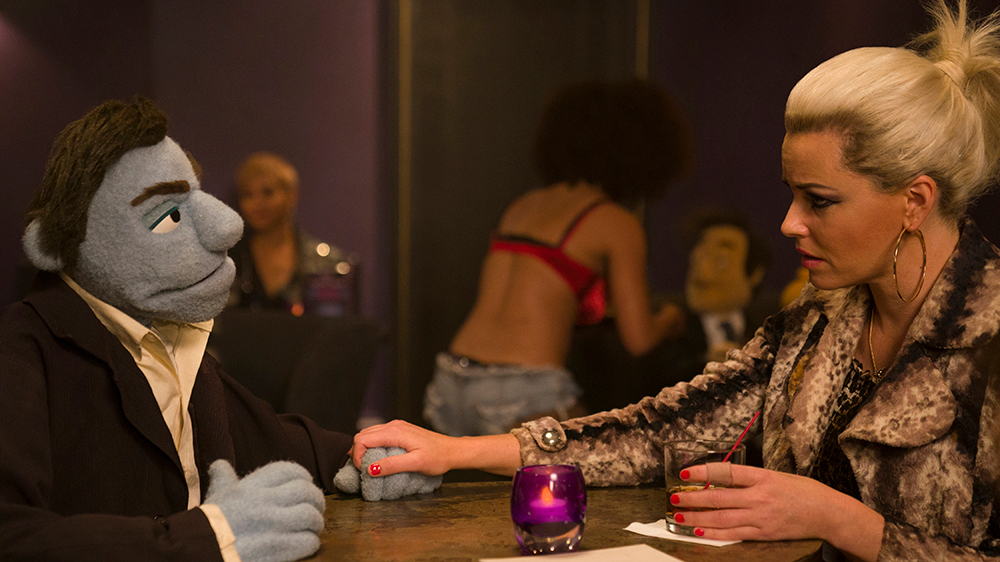 Puppeteering is one of the oldest of the performing arts. Unique styles and iterations of the craft exist all around the world, and have for hundreds of years been an integral part of storytelling in many cultures. Jim Henson’s Muppets have been one of the prevailing and wonderful artistic contributions of the 20th century. Bringing the art form to new life and into the hearts and minds of millions of children for decades, whether it’s The Muppets or their iconic brethren from Sesame Street, their cultural impact is as profound as it is pervasive.

So just what is going on in The Happytime Murders?

Created by Brian Henson, Jim Henson’s son, who has had a hand in every puppet-based piece of media you can think of for the past thirty years, The Happytime Murders is an incongruous and banal exercise in ego. Seemingly borne from a night out after a few drinks, when the foremost puppeteers in the western world were sitting around riffing on bad jokes they make when the cameras aren’t rolling on their kids shows, this movie avoids even being a fascinating aberration of giggling about “What if puppets fucked and did drugs and stuff?” and sails right into being as gross and unfunny as their more wholesome brethren are engaging and amusing.

The plot is hardly worth describing (just think Chinatown with puppets) since it serves primarily as a vehicle for delivering the many bits that the puppeteering team has apparently been champing at the bit to unleash upon the world. What is bizarre about this incontrovertible element to the film is that none of the gags, even in a vacuum, are particularly funny. There is a sequence where the down on his luck Puppet PI lead of the movie (performed by veteran puppet-master Bill Barretta) is searching for evidence in a porn theater, and we’re shown a scene of a human fireman being tied up and whipped by a female Dalmatian puppet. It’s the sort of oddball moment that the movie loves throwing up on screen, all while wiggling it’s eyebrows suggestively to the audience, but never actually pulls off.1 The editing of the movie feels like it’s constantly struggling against the bad script and often lifeless direction. The lengths The Happytime Murders goes to achieving it’s R-rating is akin to a 13-year old learning he can drop “Fuck” into as many sentences as he wants and get away with it.

Puppeteering, of course, does not have to be an art primarily aimed at children. Raunchy runaway Broadway success and ode to puppets Avenue Q and the wildly unhinged (yet still remarkably prescient) Team America: World Police proved that years ago. But whereas both of those pieces feel focused and specific in their goals and ambition to both send up and celebrate puppets (not to mention having actual stories to tell), The Happytime Murders feels more like outtakes from a different movie. Like everyone showed up on set realizing they had only come up with the jokes they wanted to tell and everything else was a scramble to put together.

I know this all sounds harsh. Maybe it’s because there were kids in my audience (and that’s on the parents bringing them, of course) and I felt a part of my heart grow cold at the thought that they were being exposed to this level of crassness and ineptitude in conjunction with an art form I hold so dear. What’s difficult to ascertain is just how, when you have basically every major puppeteer and storyteller in American media working together, people who day in and day out produce great and varied works of fiction of an unbelievable quality, could produce something so bad.2

That’s ultimately why this film feels like an ego-based project: these literal puppet-masters wanted to prove that they have dirty, nasty thoughts, just like the rest of us. If only they had kept those thoughts to themselves.

Puppets deserve better than this