This movie is too dull for me to make a joke about it being “hellish.” 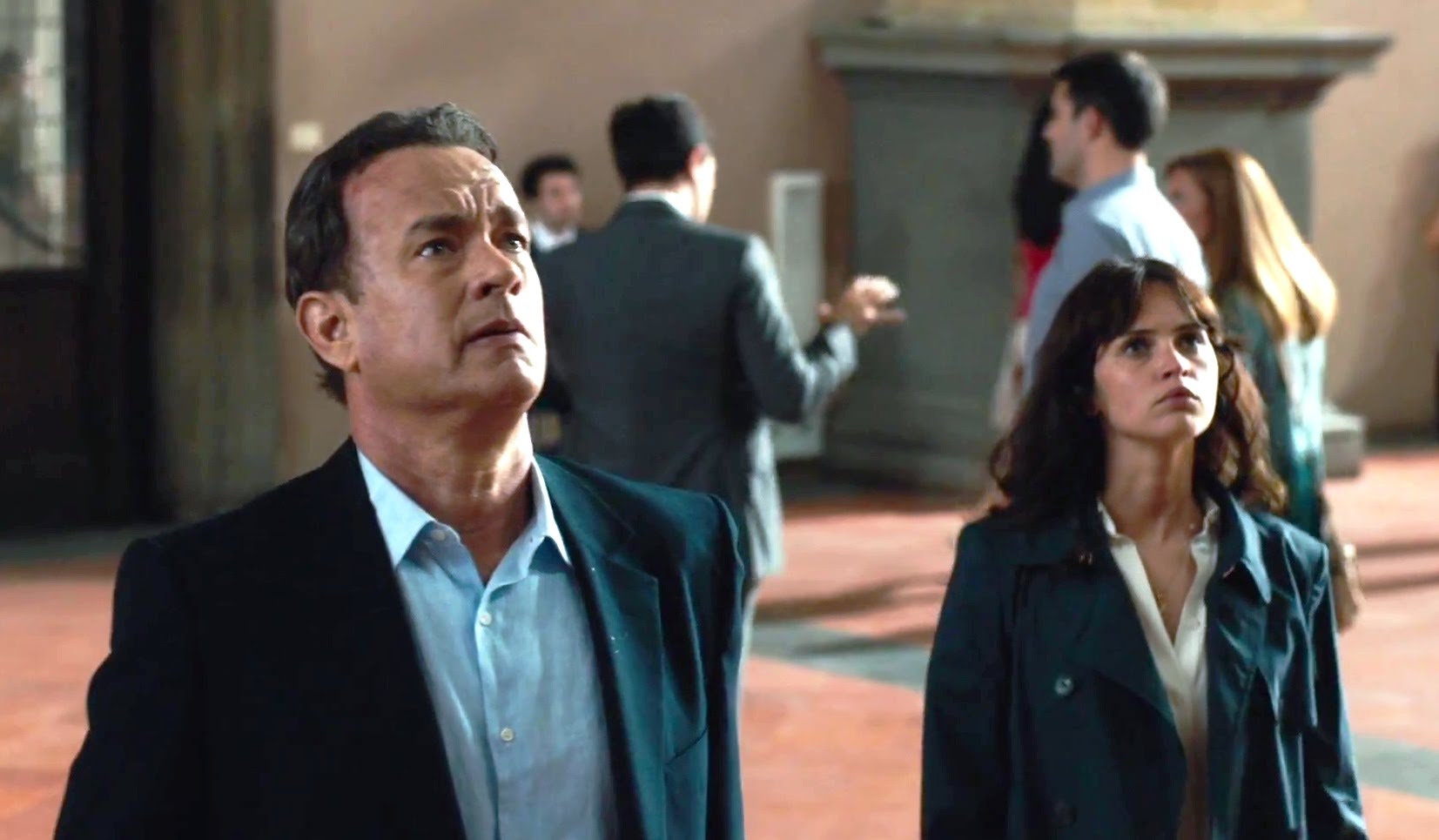 Did anybody ask for this? Why is this still a thing? I understand why The DaVinci Code was so well liked despite being awful. Sure, it was a traditional airport thriller, but it also gave its audience the frisson of secrets being revealed. That those secrets were utter nonsense didn’t really matter. People like to feel in the know; that they are a step ahead of the rest of the sheeple and privy to a hidden reality. The DaVinci Code scratched the same itch that made ancient aliens and “Megalodon still cruises the depths!” documentaries so popular. “Now I know the true story.”

But what is The DaVinci Code without its sacrilegious conceit? It’s about a symbologist (near as I can tell, a nonexistent job title) being chased around beautiful European locations and delivering unengaging history lessons in the form of clues and puzzles. It’s a dull scavenger hunt with delusions of grandeur.

In other words, it’s Inferno, a remarkably boring film that manages to drain all the intrigue out of the concept of Hell.

The film opens with Robert Langdon (Tom Hanks) waking up in a hospital. He has replaced his bad haircut from the earlier films with a bullet wound and concussion, and he has no idea what he’s been up to over the last few days. Heck, he doesn’t know how he got from the Harvard campus to Florence. Before he has time to get used to this unusual situation, he’s attacked by an assassin and has to go on the run.

Luckily he has Sienna Brooks (Felicity Jones) by his side, a young ER doctor who conveniently knows who he is and is totally into puzzles, history, and Dante. The latter is particularly useful, as the addled Langdon is having visions of Hell. If you ignore the architecture, these hallucinations are the only visually interesting things in the movie, so it’s sad that they go away as his brain becomes descrambled.

As the clues start dripping in, it turns out that Langdon’s very bad European vacation has something to do with Malthusian billionaire and awesome name-haver, Bertrand Zobrist (a sadly wasted Ben Foster). Back in the day, Zobrist liked to give dramatic yet obvious TED Talks about overpopulation, but then he got ambitious, created a nasty pathogen, and vanished. Then he jumped off a lovely piece of European architecture and died. The rest of the film has Langdon and Sienna scrambling from place to place in a race against time, trying to track down Zobrist’s dirty bomb and defuse it before it takes out half of the human race.

Well, not really. Beyond the settings and the shallow allusions to history and Dante, this is your generic ticking time bomb kind of movie. Which is fine! Ticking time bomb movies can be fun! Inferno is not one of those movies. It’s leaden, burdened by a weird sense of self-importance and populated by a cast that appears to be sleepwalking. Hanks is  normally like an explosion in a charm factory, but here he’s borderline obnoxious. The only person who is any fun at all is Irrfan Khan, playing the CEO of a private security/wetworks corporation, and I would be down with seeing what other things his character has been up to.

As far as Ron Howard’s direction, I’m going to give him the benefit of the doubt and assume his alternately boring and incomprehensible visual choices are an attempt at duplicating Dan Brown’s prose style.

So, yes. Inferno is a bland waste of time, but that’s not the worst thing about it. The worst thing is that this film is a lost opportunity. I’ll go ahead and admit it: I read the original novel. It is bad. I mean really, really bad, even by the low standards of beach reading material. It makes Clive Cussler look like Vladimir Nabokov. But it has a single redeeming feature.

I’ll do my best not to stumble into spoilers territory here, but Dan Brown makes a really interesting narrative choice in the novel that displays either ineptitude or just plain creative chutzpah. It casts a shadow over the rest of the events in the book in an interesting meta way and would require any sequels to shift to another genre entirely. I was slack-jawed reading it, and I found myself really looking forward to this adaptation. In the end, the only suspense I found in the film had to with whether they would keep this wonderfully bonkers aspect of the book. Spoiler alert: They did not. The creative team behind this film took a bad book and adapted it pretty much faithfully, except they excised the one cool thing that would have made it stand out.

The Wars on Film: THE THIN RED LINE Previous
PILLARS OF ETERNITY and Player Motivation Next

Review: A BEAUTIFUL DAY IN THE NEIGHBORHOOD