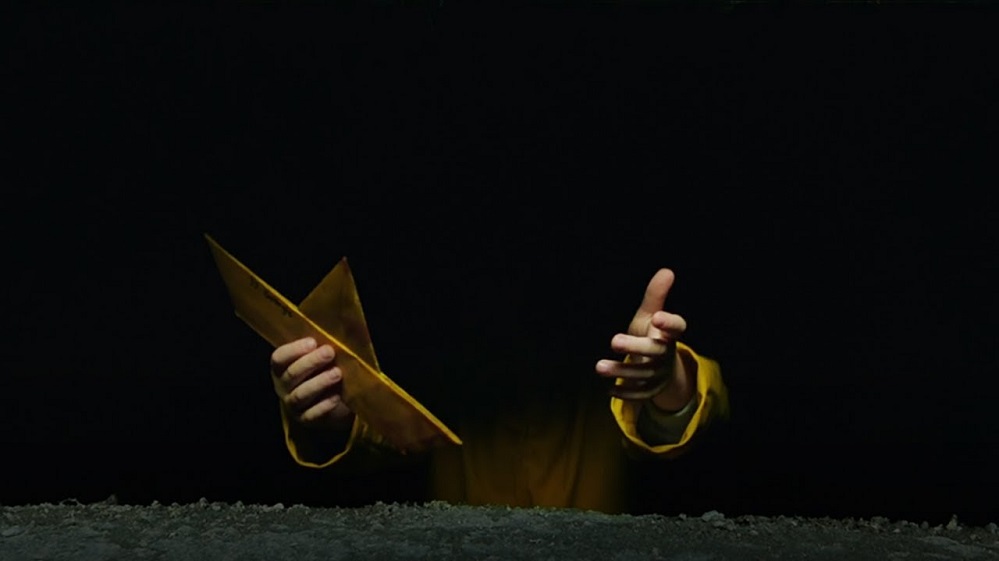 Thanks to a winning combination of a strong sense of place, excellent child actors and a show stopping performance by Bill Skarsgård, the 2017 It – or It: Chapter One, as it’s now being designated – was a somewhat surprising success story. A sequel, tackling the half of Stephen King’s door stopper that the first film left unseen, was of course inevitable. Two years on the dot since the first parts release, It: Chapter Two hits screens boasting an extremely talented cast and a whopping 169-minute1 runtime. But has returning director Andy Muschietti managed to recapture its predecessors lightning-in-a-bottle-energy, or does the film float along in a sea of diminishing returns?

Twenty-seven years after the events of 1989, the Loser’s Club has more or less disbanded. The only one who still lives in Derry is Mike (Isaiah Mustafa), who has spent the years since they defeated It obsessively studying. The others have all gone on to different pastures: Bill (James McAvoy) is a bestselling horror-author turned struggling screenwriter, Beverly (Jessica Chastain) is stuck in an abusive marriage, Eddie (James Ransone) is married to a woman who is every bit as overbearing as his late mother, Ritchie (Bill Hader) is an anxiety-ridden stand-up comic, Ben (Jay Ryan) has become hot, Stanley (Andy Bean) does seem to be happily married, but is still a nervous wreck. Crucially, everyone but Mike has forgotten everything about the incidents, until Pennywise shows up again and the whole gang gets a fateful phone call from him.

So begins the slow burning first act, wherein everybody must face up to the somewhat horrifying idea that they’ve forgotten a sizeable chunk of their lives. Nobody remembers Derry, nobody remembers Pennywise, they don’t even remember each other. Until, of course, it all comes violently flowing back to them. In a gloriously nightmarish sequence, what starts as a friendly reconnecting dinner in a Chinese restaurant turns into something much more sinister as an unseen Pennywise/It messes with the gang’s fortune cookies, slowly revealing the horrible truth of their visit – and not unimportantly, their shared past.

It’s the first of many showstopping sequences in It: Chapter Two that really capitalize on the viewer’s history with this story and these characters. Take, for example, the scene a few moments later, where an incarcerated Henry Bowers is launched into a frenzy by a single red balloon flowing past a window, which becomes one of the scariest scenes in the film because, on a basic, primal level, it’s relatable. Presumably, no one reading this has fought an alien abomination that likes to take on the form of a clown, but the feeling of a single object, image, word or something else suddenly bringing back memories you’d really wish had stayed buried somewhere deep inside is something everybody has experienced at some point or another, and I’ve never seen it quite so deftly visualized in a movie as Muschetti does here.

That feeling is also certainly more relatable than the feeling of suddenly being rushed by something horrifying after an extended period of quietness, which is what Muschietti derives most of his scares from after that first hour. Now, there are still many excellent, suspenseful sequences to be found after the jump scare valve gets cranked all the way open, but by the time you’ve seen three variations of the same scare, you have more or less seen them all, making the film’s lengthy second act sometimes feel a bit draggy. This, of course, goes hand in hand with the film’s mammoth 169-minute running time, which is a double-edged sword.

On one hand, yes, It: Chapter Two is very, very long. And yes, the second act, in which we follow each of the Losers individually as they go on a purposeful trip down memory lane throughout Derry, does get repetitive. Each character’s trajectory in this part of the film essentially being the same: establishing scene in the present, cut to flashback in that same location that shows something scary happened, cut back to an escalation of that scary thing happening in the present, rinse and repeat. Cutting one or two of these segments, especially as certain characters get more than one, as well as axing a few of the many, many flashback sequences,2 especially the few that are just lifted wholesale from the first film,3 would get the film down to somewhere in the 150-minute range, making it a little less butt-numbing affair.

On the other hand, in this somewhat unwieldy, flabby form, It: Chapter Two does feel like a genuine, gonzo epic. Not quite matching King’s book in cosmic weirdness,4 but certainly coming close in the gross, weird and nightmarish imagery department. Muschietti displays a particular fascination with recently born animals that goes to some very unnerving places, but he also serves up a wealth of disheveled corpses, dismembered body parts and just plain old eldritch weirdness; everything a growing boy needs. In it’s best moments, the film often feels like being guided through the world’s biggest haunted house by a very enthusiastic tour guide. Sure, it’s indulgent and it can get exhausting, but with the person leading the way clearly having a blast, it’s hard not to join in.

Even when the scares get somewhat repetitive, the cast helps things stay afloat. James McAvoy makes for a fine Bill, expertly toeing the line between being on top of things and being way over his head, even though a metatextual subplot involving his literary career is one of the script’s few missteps.5 As far as resemblances go, Jessica Chastain, James Ransone and Bill Hader are all perfectly cast, each one feeling exactly like a grown-up version of the kids we got to know in Chapter One. The rest of the adult Losers have less showy parts, but they fill them well. With all that said, the cast standout is once again Bill Skarsgård as Pennywise, who has grown even more into the role since his scene stealing performance in the previous film.

It helps that this film adds fascinating new layers to the clown, layers that Skarsgård is more than happy to sink his teeth into. Pennywise is pissed at being forced into an early hibernation twenty-seven years ago and is determined to make the kids that did it pay for it. While “this time… it’s personal” might seem a bit silly a hook for a movie about a battle against an ancient, immortal evil, Skarsgård makes it work. His Pennywise is even more animalistic than before, and you can feel the character’s frustration and hunger in every syllable and eye-twitch. He’s also very impressive in the one scene in the film(s) where we see Pennywise out of his clown makeup, adopting an Agent Smith-style staggered speech pattern and a less sing-songy tone of voice that makes the character at the same time more real and more terrifying.

While things pick up at the start of the third act, the actual final confrontation can’t help but feel like something of an anticlimax, despite being a great showcase for Skarsgård’s performance and giving the movie another injection of wild, paint-it-on-the-side-of-a-van-right-now imagery. The actual ending also goes on a bit too long and ends the film on a dubious note, leaving the final fifteen-twenty minutes a bit of a disappointment. Thus, It: Chapter Two is far from perfect, but the central performances and the direction are strong enough to paper over most of the weak spots. Even though it’s slightly long in the tooth, it still moves. There have definitely been better horror movies released this year, but as a pure roller coaster ride, it might be a while before anything comes along that can top It.

Issa López and Guillermo del Toro are Teaming Up on... Previous
Off the Beaten Path: DOUBLE TEAM Next