The Logistics of Keeping The Faith 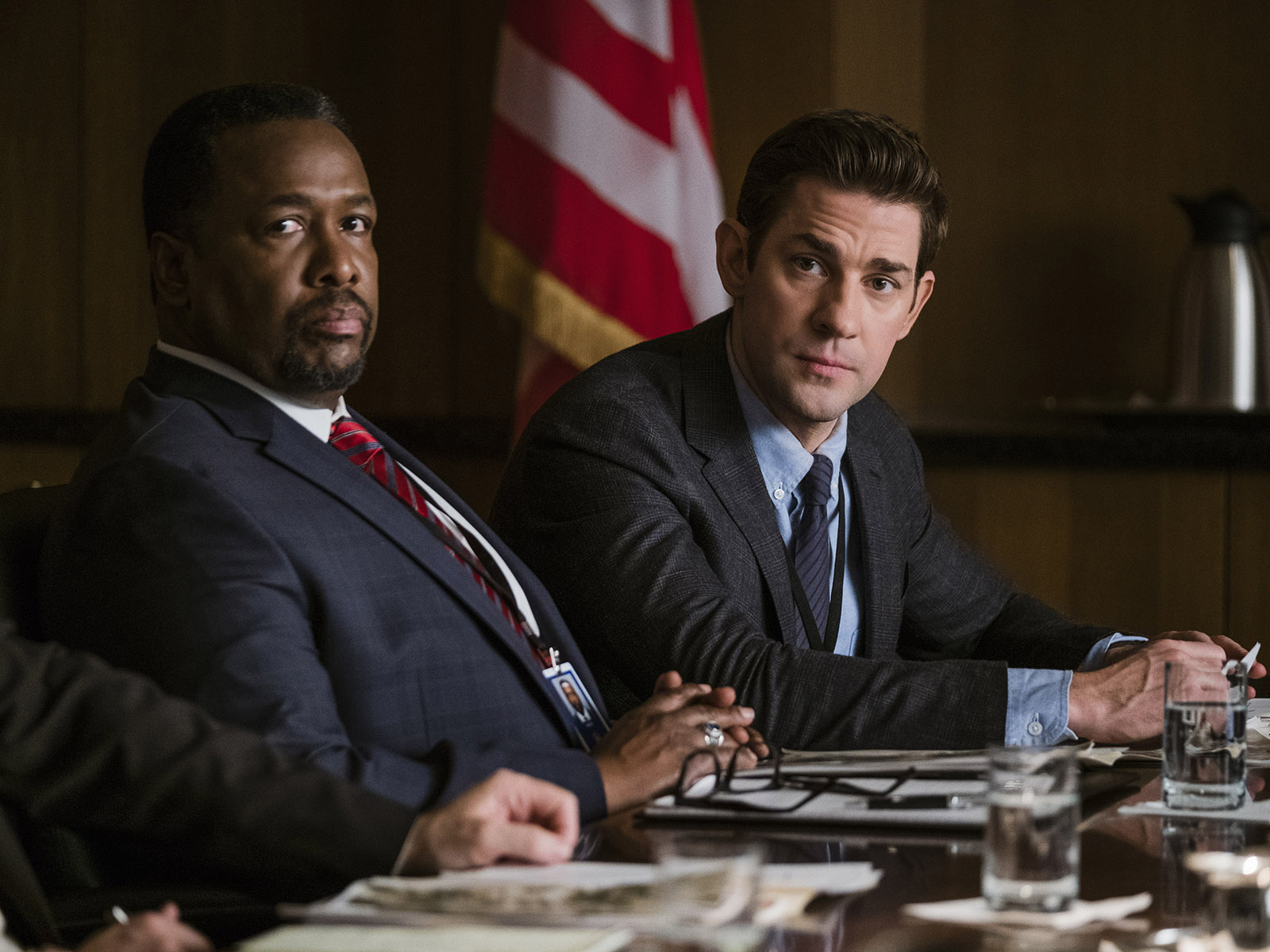 We’re rounding the final bend in Amazon’s fantastic Jack Ryan. As the pieces fall into place in Suleiman’s evil puzzle the forces of the American intelligence apparatus are, for once, fully aligned and ready to strike at the man responsible for hundreds of deaths on French soil. Even Singer, Greer, and Jack seem to have sealed the breach, on the back of intelligence now gained by the successful exfiltration of Hanin. All that remains is for the key players to weigh their options, and commit to a course of action.

Or so it would seem.

The key thematic component in the penultimate episode of Jack Ryan’s first season is faith. In whom do we put our faith and trust, and what do they choose to do with it? How are we rewarded and punished for these choices? What will the potential costs of misplacing our faith in others turn us into? This faith and trust in our allies and colleagues is the key aspect of international relations and the battles we face in modern society. But as the world grows more grey and complex, when does faith become naivete?

Up to about the halfway mark in this episode, our key players employ a mix of truth and lies to either secure their positions or advance their agendas. Suleiman blatantly lies to Samir that his mother Hanin has died fleeing into the hands of the enemy. Jack withholds the real reason that he needs the attack on Suleiman’s compound to be a ground assault: he bought Hanin’s cooperation by promising to rescue Samir alive. And the promised medicine that Suleiman provides to his doctor hostages is not what it appears. At the same time, Jack’s lies of omission about what he really does for a living come home to roost when, who does he find in a military debriefing about a recent Ebola outbreak but Cathy. As might be expected, Cathy isn’t thrilled with the turn of events. As usual, none of this duplicity is sitting well with Jack. He’s a man who can’t live outside the bounds of his morality, and how it bonds him to his fellow man. He’s built for faith and trust, and while he’s swimming in the murky water, Suleiman’s scouts are already on the ground Stateside, laying the foundation for the next wave of attacks. But when satellite imagery reveals crystal clear proof that Suleiman is holding the doctors, one of whom is old war buddies with none other than the President, Jack’s insistence on a ground extraction is rewarded. Jack is sure that Samir can be saved, physically and spiritually. Greer is less than convinced.

All of this leads to a suspenseful pre-dawn raid on Suleiman’s compound. A scene straight out of Zero Dark Thirty that is subverted in a great way. When Matice (yay, Matice!) shows up with his Tac team, he finds the hostages, but no sign of Suleiman, his army, or Samir, who now knows that his mother is actually alive.1 It’s at this point in the episode that characters begin to unburden themselves. Jack feels the failure of the raid as both personal and institutional. The system has made a liar of him. He’s no closer to Samir, but he wants to bridge the gap with Cathy through truth, and a fresh start (via a wonderful and adult lunch, where they both admit they aren’t the type for Tinder hookups). Greer wants the win. He wants this to be a successful operation that cripples their enemy and gives them the advantage. But his victory is short-lived when it becomes clear to both he and Ryan that they were meant to find the hostages. Suleiman knew exactly who he had in his possession, and exactly how the President would react. They watch in horror as Suleiman’s betrayal of his hostages’ trust exposes the President to a biological time bomb wearing his friend’s face.

This episode of Jack Ryan, while taut and suspenseful, is the beginning of the endgame. As such, it has to do a lot of heavy lifting to get our pieces and players where they need to be for the ultimate showdown. In a lesser series, this would be accomplished through endless exposition and a tedious epiphany during an even more tedious “Dark Night of the Soul.” But that just isn’t the way Jack Ryan plays the game. Focusing on the meta-narrative of trust and faith allows the pieces to fall organically (and more elegantly than the last ep’s clunky flirtation with white saviordom), informed by the characters’ relationships to each other and themselves. I can’t say this enough, but the secret weapon of this show is that it is a joy to watch these characters interact, never a chore to wait for them to catch back up to us. Framing all of that around how they place their trust, and what they do with those who have breached that trust, is a living example of why Jack Ryan is playing the game better than other standard-bearers of the genre, even in episodes that are ostensibly there to reset the table.

Dad Media Month: Liam Neeson Takes A WALK AMONG THE TOMBSTONES Previous
Disability in Film: The Rider and Dreams That Aren’t... Next