And You Thought Your High School Experience Was Rough... 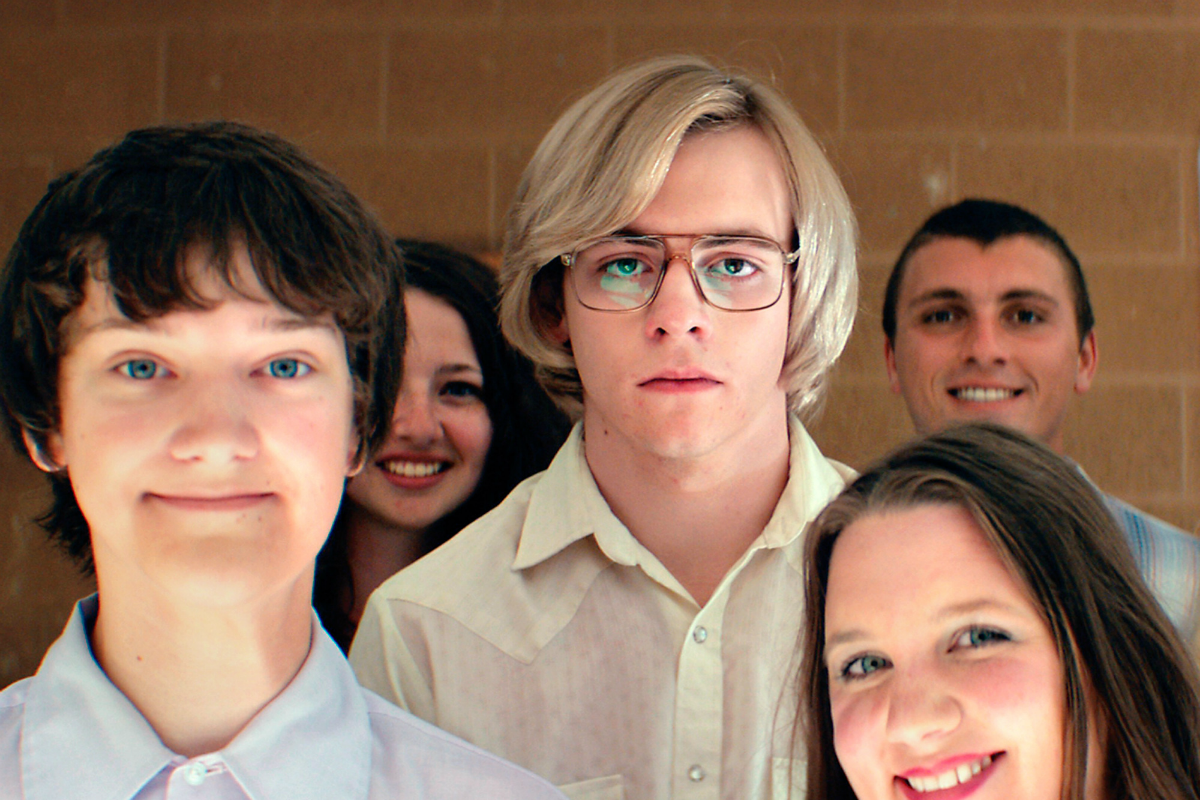 Going into My Friend Dahmer I had no idea what to expect. The film received a limited theatrical release on November 3rd. Up until I heard about it nearly a month later by word-of-mouth, I hadn’t seen a single poster or trailer, which is a shame as the film is a veritable gem. My Friend Dahmer stars Ross Lynch of Disney Channel renown in the titular role and Alex Wolff of Nickelodeon fame as Derf. Lynch, sporting a shapeless 1970’s bobbed haircut & the most unfortunate wireframe glasses in all of eyewear style history, does bring a sort of—and I hesitate only a moment before using this next word—charm and life to his role as Dahmer.

Though I had some preliminary knowledge about Jeffrey Dahmer going into the film, I didn’t know it was based off of a graphic novel by the same name published in 2012. Artist and author John “Derf” Backderf, a high school friend of Dahmer, began his work on the novel after Dahmer was murdered by a fellow inmate in prison in 1994.

Had I gone into the film knowing about Backderf’s graphic novel, I probably would have seen more clearly where director Marc Meyers was leading me. Since I was spotty on the timeline of actual events and not knowing which lens the viewer was peering at Dahmer through, I was expecting more gore, more violence. Instead, My Friend Dahmer is an uncomfortably leisurely stroll beside adolescent Jeffrey Dahmer. Simple and honest, the storytelling lays bare as much as it can for the viewer. The acting is earnest and the chemistry between characters feels organic, drawing the viewer in and keeping them spellbound and helpless to stop the story from ending up where they know it will.

The film follows Jeffrey Dahmer through his last year of high school in ’78, months before he committed his first murder. During these months we watch Dahmer gain and lose acquaintances, witness the dissolution of his family, and grow increasingly enraged with himself and the world around him.

A large portion of the film centers around Dahmer trying his best to socially pass as Normal. Influenced by his father’s concerns—concerns stemming from his father’s own unfulfilled nerd life—Dahmer goes on a crusade to fit in, even at his own expense. In turns both dismaying and charming, we watch him become the class clown, gain his own small following of fellow pranksters, and even join every club the school has to offer—in the official yearbook club photos, anyway.

Despite his playful gain of infamy during the school year, we watch Dahmer become more frustrated as he realizes that being Normal goes beyond just maintaining the appearance of popularity and friends. In addition to Dahmer’s interest in dissolving animal remains in acid, we watch him fixate on a doctor in town who frequently jogs down his street. Evidenced by interactions with a baby-faced male classmate earlier in the film, Dahmer struggles with his sexuality. (Despite my repeated whispers of “Jeffrey, it’s alright, you’re just gay” at the screen during my viewing, it’s clear that to his surrounding culture it is not alright.)

During the actual prom scene, we watch as Dahmer leads his prom date out on the dancefloor and fumbles with the placement of his hands on her body as they sway to-and-fro. This uncomfortable impersonation of heteronormativity is one of the stiffer moments of all of Dahmer’s wooden, uncertain moments throughout the film. He is performing as both a regular high schooler and as a cis-gendered man who is interested in cis-gendered women- as Normal as Normal can be. As a queer person, it was interesting (albeit painful) to see heteronormativity so clearly highlighted as a part of the Normal person Dahmer was expected to be and is trying to play. Knowing all too well the alienation to be felt in not being like “everyone else” when it comes to one’s sexuality, I couldn’t help but wonder if things would have turned out differently had someone expressed acceptance of Dahmer’s sexuality… but of course, we know it’s not that simple. The film is careful to express that more than a struggle with sexuality led to the creation of Jeffrey Dahmer. Still, seeing the tenderness with which Meyers displayed this aspect of Dahmer’s life sparked immense empathy in me and I was grateful for the way Dahmer’s sexuality was handled and kept as part of Dahmer as a whole and not just a demonized, deviant aspect of him. This treatment of Dahmer—as a human who has done wrong things and not solely as a subject of abnormal psychological study—is a rarity and breath of fresh air in a society where mental illness, sexuality, and Otherness are frequently lumped together in a damning media circus.

Though not necessarily a horror film—there are no jump scares, there is no blood other than that of animals that are already dead—Meyers doesn’t need loud noises or shock to make the viewer uneasy. Instead, throughout the film Meyers allows the camera to show us Dahmer’s point-of-view—or his imaginary view…. It is difficult to tell at times to pick the imaginary out of the real as he is an unreliable narrator and becomes more and more so as the film progresses. When this happens, the audience is slipping inside Dahmer’s skin and being offered a chilling glimpse of the killer we know as Dahmer. After all of the time spent beside Dahmer and even laughing with him during points of the film, Meyers drives the point home in these moments that Dahmer is not—as he would have the audience and Derf believe in the film—“just like anyone else”. It is in these moments that the viewer is allowed an uncomfortable, alienating glimpse of the man Dahmer invariably becomes. Caught in viewing life through Dahmer’s eyes in those moments disconnects the viewer from the subject and makes them want to cut and run.

My Friend Dahmer isn’t quite a morality tale; isn’t quite a primer on what makes a serial killer a serial killer. It’s one man’s apology letter and attempt to make some sense of the Jeff he knew and the Dahmer we know… and coming up empty handed. It leaves the viewer feeling hollow and with more what-if’s and why’s than they may have entered the theater with. All in all, Dahmer is a film that will stick with the viewer quietly, just under their skin, soft as a half-realized memory.

Hails from the sunny, superstitious South. Rumored to actually be 3 demons, loose glitter, & too much trivia about death culture in well-fitting person suit.

And You Thought Your High School Experience Was Rough...