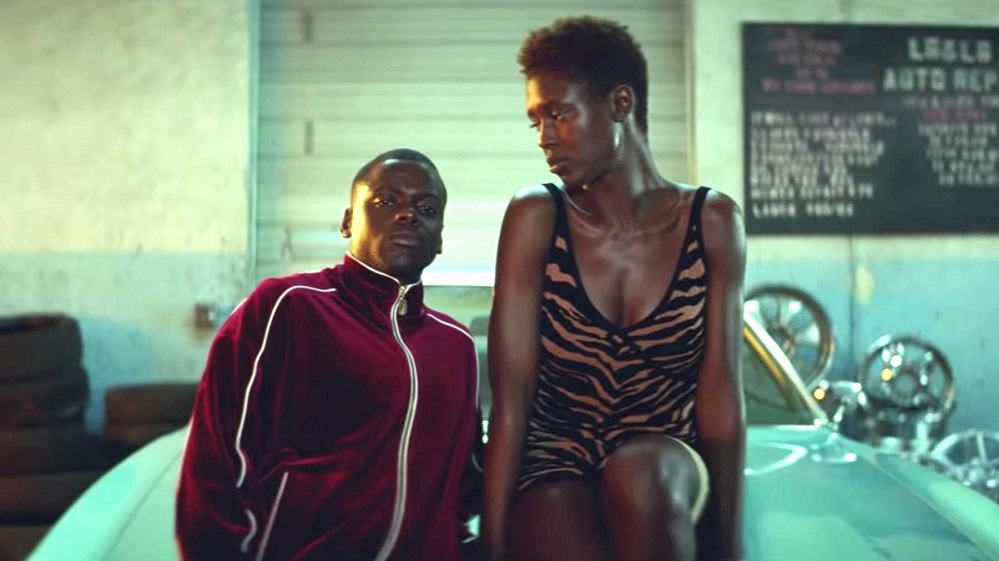 Bokeem Woodbine’s Uncle Earl, fairly early in Queen & Slim, calls the titular pair “the black Bonnie and Clyde”, ostensibly referencing the Great Depression-era criminals whose exploits captured the imagination of a nation. Cinematically, it’s a play by writer Lena Waithe and director Melina Matsoukas to call their shot: this is the blacker, modern version of the 1967 revolutionary film Bonnie & Clyde, the landmark film that signaled the New Hollywood shift in the industry. It’s a bold statement of intent, setting audience expectations sky high. And while it might not live up to that lofty notion, the sheer ambition and ability to land its punches makes Queen & Slim one of the most provocative films of the year.

We’re introduced to Queen and Slim—obviously not their real names, but the names given to them when they become viral sensations—on their first date. They met on Tinder and are eating dinner at a black-owned diner, an evening that is mostly cold and uneventful. The sparks aren’t flying, as Slim’s devout faith clashes with Queen’s atheism, and Queen’s legal career and introversion don’t align with Slim’s more outgoing, low-key nature. When Slim fails to make a turn signal and his car swerves while trying to get his phone back while dropping off Queen, an officer pulls them over and immediately pulls his weapon on them. When the officer begins to lose control and shoots Queen in the leg, Slim tackles him and uses the officer’s own gun against him in self defense. Realizing that the legal system will never believe the real version of events, they decide to make a run for it and attempt to find a way from the snowy streets of Ohio to the best place they can think of: Cuba.

Queen & Slim wouldn’t work without the star-making performance of Jodie Turner-Smith (Queen) and her chemistry with Daniel Kaluuya (Slim), one of the industry’s finest young actors. From the first scene in the film, they’re irresistible onscreen. Their chemistry is off the charts, and as their characters transition from acquaintances forced to run into a romantic pair, they flourish together. Their slow-burning love affair is downright sensual, with the couple’s reprieve, dancing in a backwood blues bar, as one of the hottest scenes of the year. By the film’s end, when the two profess their love for each other, you believe them, even if they were forced together by violence and crime after a miserable first date that was going nowhere.

What holds Queen & Slim back is some pacing issues, as the film runs long at 132 minutes. The back half, in particular, feels like it loses steam, making it feel like a much shorter film that was spread too thin. Oddly enough, though, the most obvious parts of the film to cut are the ones that work the best, as outside of a few heart-stoppingly tense set pieces, the most successful scenes are the quieter, more subtle scenes that feel more of a piece in an art film rather than a traditional narrative. In particular, scenes like watching Turner-Smith and Kaluuya take turns dangling out of their car window as they drive along the Florida coast, or an earlier scene where the two are simply driving but Matsoukas places her A-B cameras on the vehicle’s side mirrors and cuts between them, never framing Kaluuya or Turner-Smith together, are the type of little moments that make the film stand out.

But if there’s one thing Queen & Slim doesn’t do, it’s pull its punches. Waithe and Matsoukas empathize and even are rooting for our Black Bonnie & Clyde, but they aren’t afraid to show us the nastier, unsanitized version of the film’s reality. The scene where they kill the police officer is brutal to watch, and while very few rationally-minded people would argue that it wasn’t justified, it doesn’t make it any easier to swallow. Their decision to run is similarly tough to bear, as the characters are given multiple outs early in their journey, but they continue on anyway, even at the risk of their own lives, the lives of those that they love, and the lives of sympathetic strangers. The film treats them as folk heroes, even stating that their path has made them “immortal”, but it doesn’t pretend that the legacies of folk heroes are always clean. The pair are an inspiration, but not always a good one.

I’ll always stand up for a film that is a bit narratively messy and runs out of steam if it’s ambitious, provocative, and is unafraid to ruffle feathers and kick the audience in the teeth when it needs to. I’m reminded a lot of one of my favorite films from last year, Black Cop, in that it similarly had zero apprehension to give the people what they want and still make them feel guilty about it. In an era where audiences are becoming more and more averse to morally conflicted films and prefer art that feature pre-chewed, black-and-white lessons of good and evil, Queen & Slim is a brave, unflinching work.