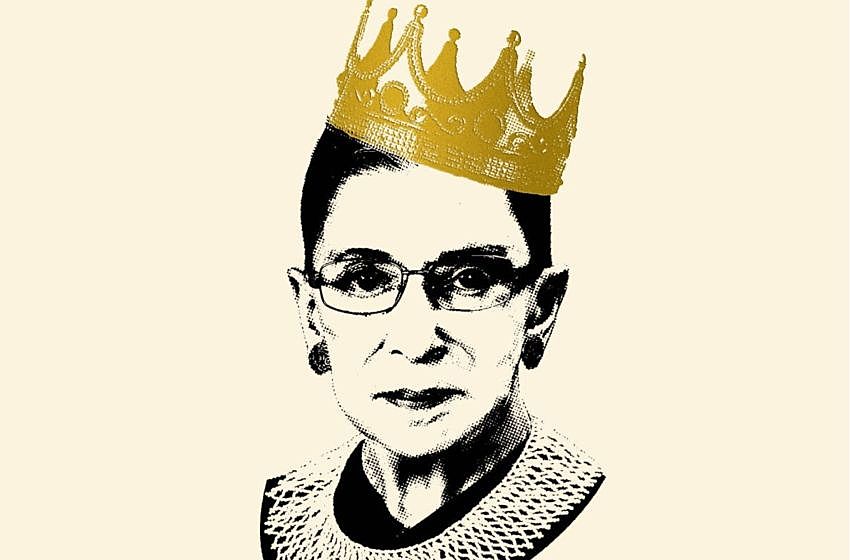 Fiction often gives us grand and epic love stories, deep and rich, with a fullness that seems too much to bear sometimes. We think this just doesn’t happen in real life and yet RBG, the new documentary about Supreme Court Justice Ruth Bader Ginsburg, offers not just one, but two great loves to rival the ones we thought only existed on the silver screen. Through the law, Justice Ginsburg opened male eyes to the many humiliations suffered by women through unequal pay and poor access to healthcare. Through her more than five decades of marriage, she and her husband, Marty, expressed incredible devotion to each other, marked by countless joys and numerous obstacles.

RBG is a lovely documentary that doesn’t waste time. It moves at a brisk pace, interweaving stories and interviews from Justice Ginsburg’s upbringing, her law school days, and her landmark cases. Directors Julie Cohen and Betsy West paint a glowing portrait of a woman who has shaped the U.S. government for decades. The effusive praise may be a turnoff to some who may want documentaries to be more objective. I understand that concern, but there is also an implicit understanding that this is more of an introduction to Justice Ginsburg than a serious case study into one particular case or ruling, and if you’re watching this documentary you’re likely on board with its positive look at its subject in the first place. If you’re not, then I’m sure there’s a Justice Scalia documentary out there somewhere.

It may also be a turnoff to people who want some dirt on Justice Ginsburg’s marriage, or cast an eye to how “unconventional” it was. Justice Ginsburg and Marty Ginsburg were both powerhouses in their respective areas of law, and both sacrifice for each other in equal measure so that the other could make progress in their careers. RBG makes it abundantly clear that the law and Marty were not in competition with each other, and that to witness Justice Ginsburg as a multi-faceted woman – a scholar, an academic, a lawyer, and a human rights advocate – we also needed to understand her as a wife and a mother.

These ideas are not in competition with each other, either. Cohen and West pay attention to Justice Ginsburg’s childhood, appropriately giving us a glimpse at her mother, a woman who died too soon but steeled her daughter to face the world. Though it is a breezy and light documentary, the third “act” deftly turns what would have been purely a victory lap into something more poignant. With the third part of the documentary, Cohen and West turn to the people who have been inspired by Justice Ginsburg, and to the continuing women’s rights movement. During this time, RBG goes beyond one woman to be about all people, the next generation who will carry her torch inside and outside the courtroom.

This torch is Notorious RBG. It began life as a tumblr, then transitioned into a real-world symbol of righteous anger. The tumblr not only presented memes and clever fan art of Justice Ginsburg, it became a way to narrow the focus on what was important. Every dissent from Justice Ginsburg was tracked and read like it was a decree from on high, marching orders for feminism. Here is where we need to attack next. Here is where our rights are being eroded.

I’ve read a lot of articles saying how “unlikely” it was that Justice Ginsburg would, late in life and in a career that many would consider devoid of glamour, find a massive fan base. To hell with this sentiment. Justice Ginsburg was, like so many of the women she represented in court, an unsung part of our society. She is the women of the Virginia Military Institute who wanted equal access to education at what was then an all-male military academy. She is Lilly Ledbetter, who struggled for equal pay. She is all of the women who demand to control their own reproductive health.

She is all of us, and that’s why she is mighty. It’s not a surprise to me at all that people around the world would embrace Justice Ginsburg as a role model and an icon. She has been steadily working on our behalf for decades. The law is not about fame or glory – it’s about something far more significant: it’s about the truth and pushing and pulling all of us toward “a more perfect union.” She is what we should aspire to be, someone who feels that to love a country is to help guide it. She’s one of the reasons I still have hope despite the hatred I’m seeing today.

RBG should be shown in classrooms around the country, not only as a way to educate people, young and old, about Justice Ginsburg, but also to show young people that they have the ability to use the internet for good and not evil. It is another frontier where women struggle to be seen and heard. Notorious RBG – the tumblr, the book, the shirts, the live appearances, the enthusiasm – is a way for millions of people to hold onto something that gives them hope and be a positive force in the world.

WESTWORLD Season 2 - Vanishing Point Previous
SUPERFLY: The Will to Power, The Will To Carry On Next

Review: PICK OF THE LITTER