Dwayne Johnson's Latest Hangs on by its Fingernails 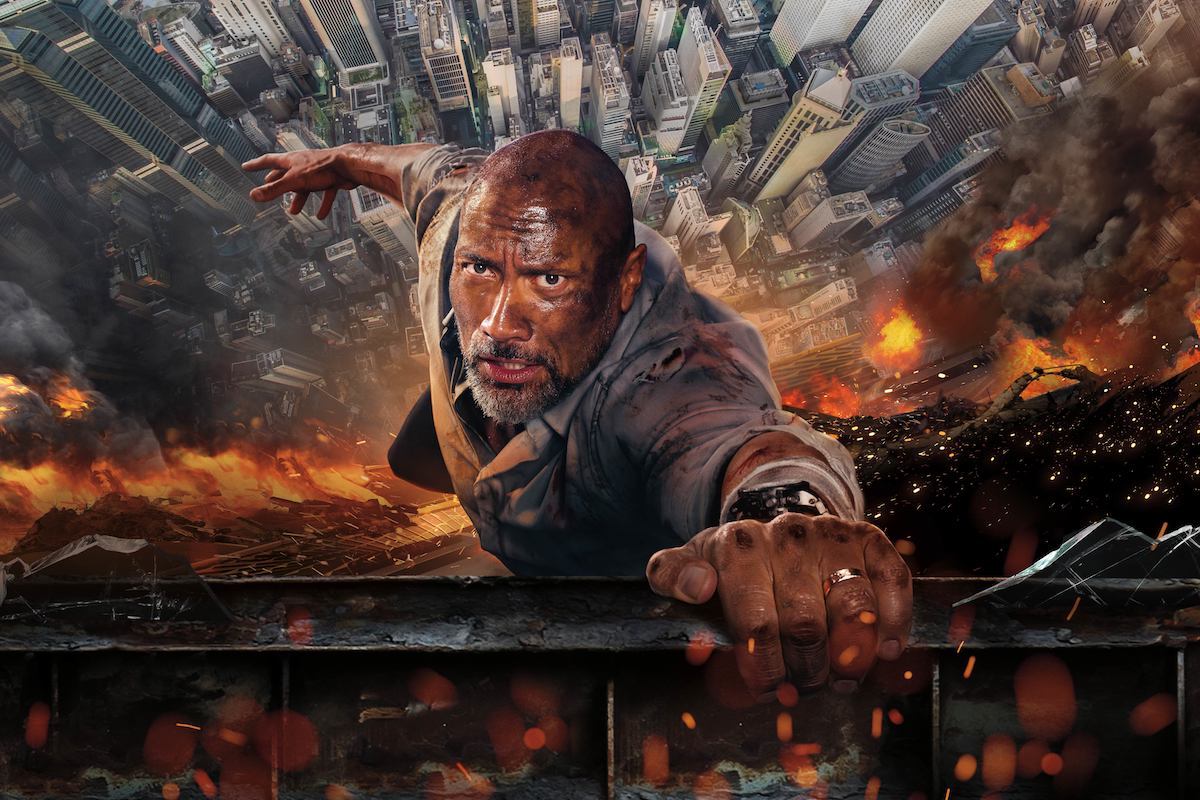 The elevator pitch for Skyscraper was Die Hard meets The Towering Inferno, and I’d say the film pretty much delivered on that concept. Don’t get me wrong, it’s no Die Hard (and maybe no The Towering Inferno, I don’t know – it’s been a long time since I’ve seen it), but it does definitely combine the DNA of those two films in ways that are about as subtle as the premise would suggest.

The film, written and directed by Rawson Marshall Thurber (Dodgeball, Central Intelligence), follows family man and former FBI hostage negotiator Will Sawyer as he audits the security of the world’s tallest building, The Pearl. Recommended for the job by an old “brother” from his FBI hostage negotiat’n days, and one who was there when a situation went south resulting in a lost leg for Will, but also a gained family (not that kind of gains), it seems like this will be a real leg up (not sorry) for Will and his family.

Needless to say it isn’t too long before plans are revealed, and everything goes sideways, and the state-of-the-art building is set ablaze in such a way that only endangers Will’s family, the building owner, and a small contingent of bodyguards.  Any other civilians in the building are able to be evacuated, allowing the filmmakers to save time instead of bystanders.  Chances are they would have been fodder anyway.

The emotional centre of the film is solid enough to have you believe Will Sawyer would jump from a construction crane into a burning building, among other ridiculous feats, and the direction is solid enough that it doesn’t feel too silly.  In fact, the film takes every moment of its absurd premise absolutely seriously and refuses to wink, though it’s eye might twitch from the strain occasionally.

There’s not much else to know about the plot – there are bad guys, they want a thing, The Rock  gets in their way.  It’s all pretty standard stuff, and if you’ve seen any of the movies that clearly, uh, “inspired” Skyscraper then you’ll know nearly everything that is going to happen well before it happens.

But is it any good?

Eh, it’s fine.  This is the very definition of an air conditioning movie. It’s the type of thing you see on a hot summer day to get out of the heat for awhile, and you’ve either seen everything else, or the band of jokers you hang around with can’t agree on anything else.  And you’ll probably be reasonably entertained for just under two hours.  It has some ass-kicking, some Dad Jokes™ and a scene or two of peril that are pretty effective. It’s no Tom Cruise swinging on the outside of the Burj Khalifa, but then again what is?

I’m sure there are other things to say about Skyscraper, perhaps even interesting things about the depiction of violence within, or the way it clearly has an eye and a half on the Chinese market, or the weird space that The Rock occupies where he isn’t quite a movie star even though he is totally a movie star.  But I don’t have it in me to say any of those things; or rather, the film does not inspire me to do so.

William Gibson's ALIEN 3 Will Be Coming to a Comic Book... Previous
Review: HOW IT ENDS Next